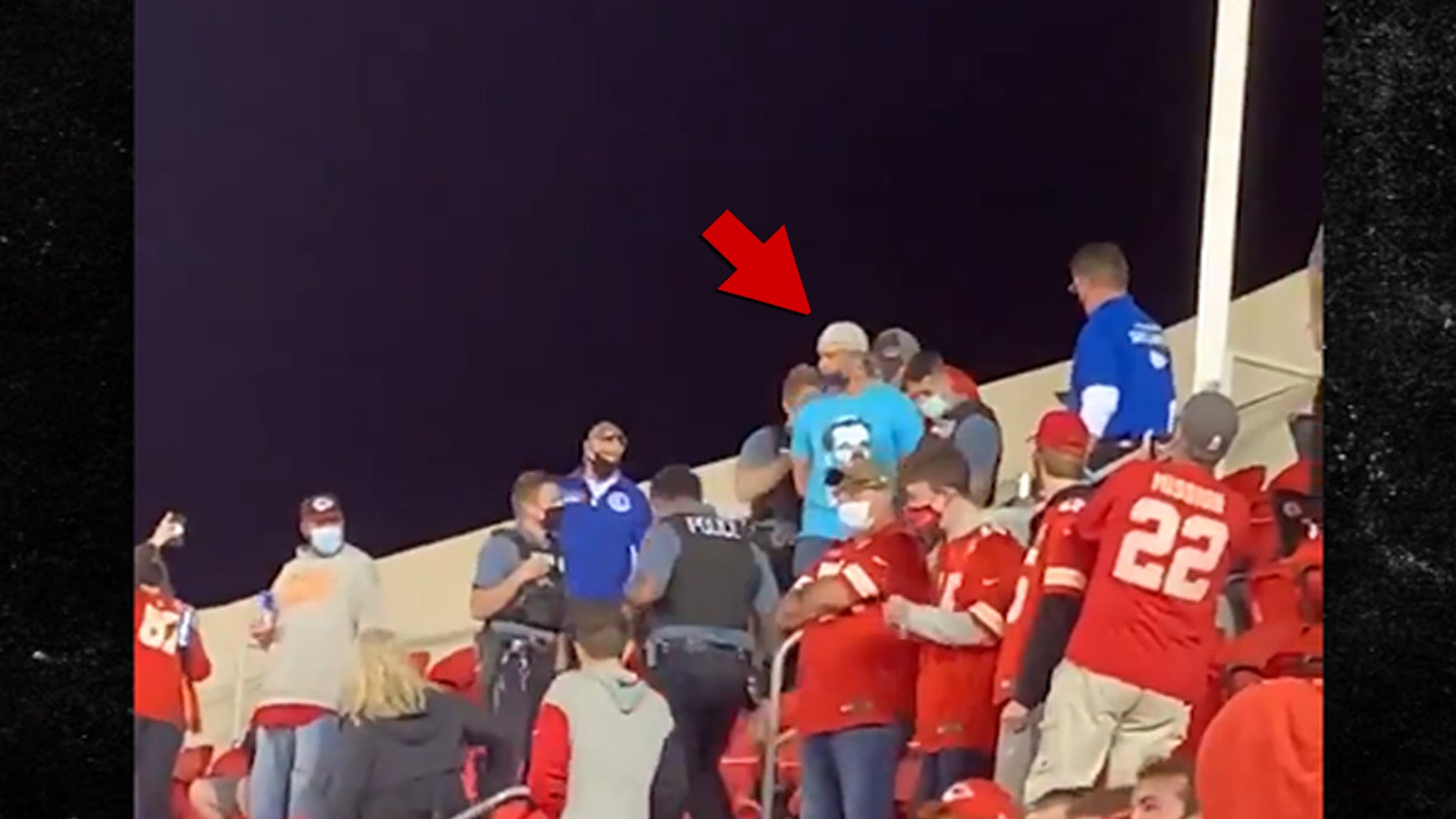 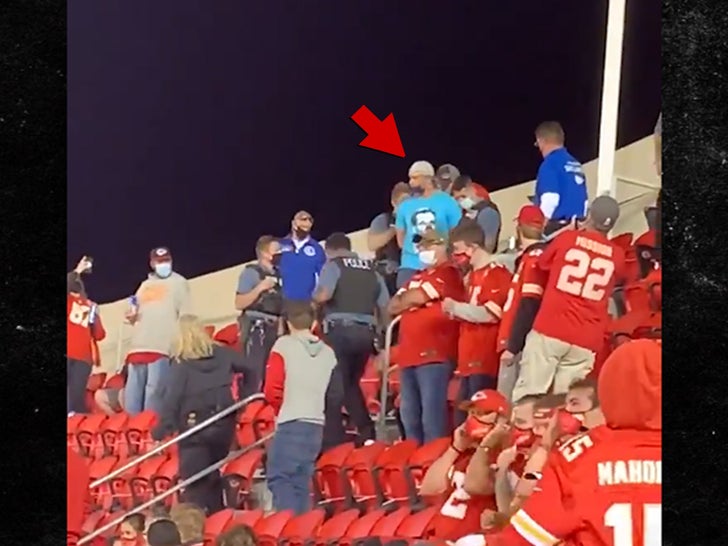 The Kansas City Chiefs say the fan who was ejected by police from Arrowhead Stadium on Monday night was NOT removed due to his anti-Roger Goodell shirt.

You may have seen the footage by now … several police officers responded to the top of Arrowhead Stadium to remove a fan wearing the famous Barstool Sports “Clown Shirt,” created as a shot at the NFL Commish.

Since the NFL has previously banned certain Barstool employees from NFL events, there was speculation the fan was removed because of his shirt.

But, a spokesperson for the Chiefs tells us that’s simply not the case.

“I can confirm, the ejection had nothing to do with the shirt the fan was wearing,” the rep told us.

The team wouldn’t give us specifics about why the fan was tossed — only saying he “violated the team’s fan code of conduct” and “it had nothing to do with the shirt.”

The Clown Shirt has made headlines a lot over the years — remember New Orleans Saints coach Sean Payton rocked it after that infamous blown non-P.I. call in the NFC title game in 2019 that cost N.O. the game.