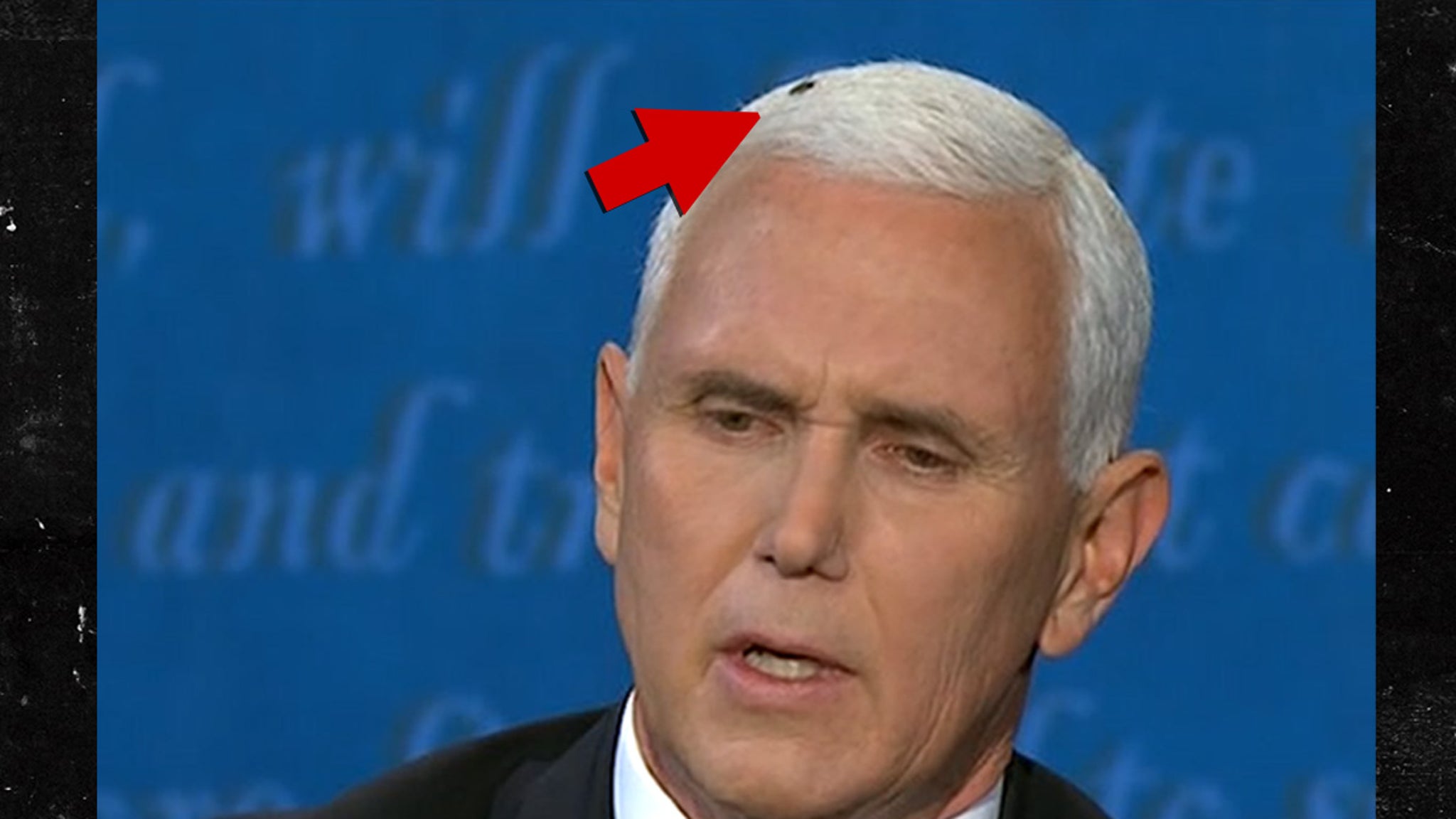 Vice President Mike Pence and Sen. Kamala Harris seemed to avoid answering nearly every question during their debate, but one of ’em couldn’t dodge a fly … for an uncomfortably long time.

Much of the buzz about the debate is focused on what looks like a common housefly that set up shop on the head of President Trump‘s Veep. While Harris and Pence danced around direct responses to moderator Susan Page‘s questions about COVID, the Supreme Court, and the election … the fly would not be deterred.

It landed on Pence’s head and sat there quietly as he took notes during one of Harris’ remarks. Talk about patience … the fly seemed to be there for nearly the full 2 minutes of Kamala’s time.

As you’d imagine … the little bugger is trending on social media — and even Joe Biden couldn’t help but fire off a Twitter jab.

Not exactly what the American people were tuning in for, especially after last week’s disastrous debate between Trump and Biden.

No word if the fly is registered to vote. We’ve got a call in to Jeff Goldblum.