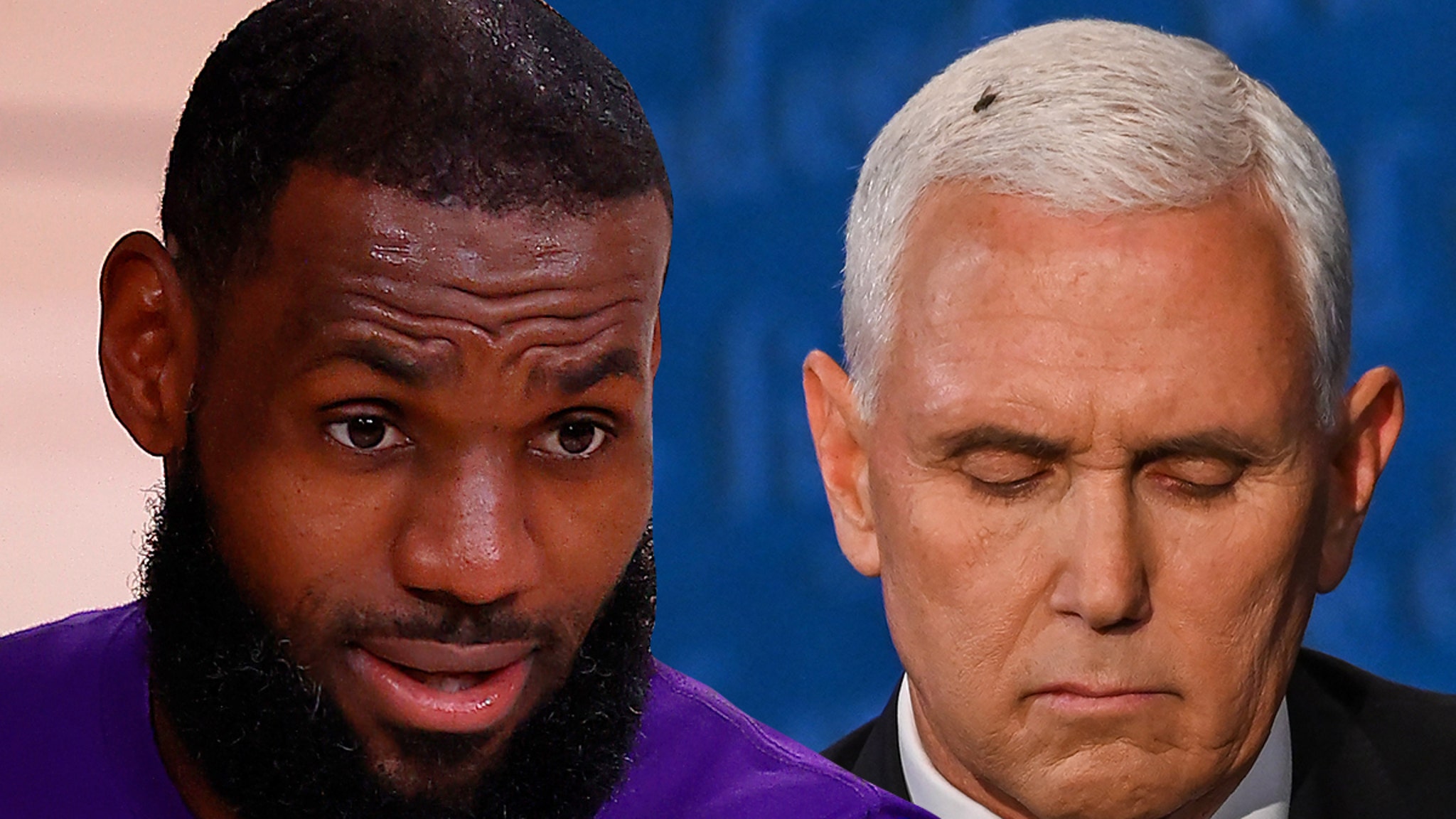 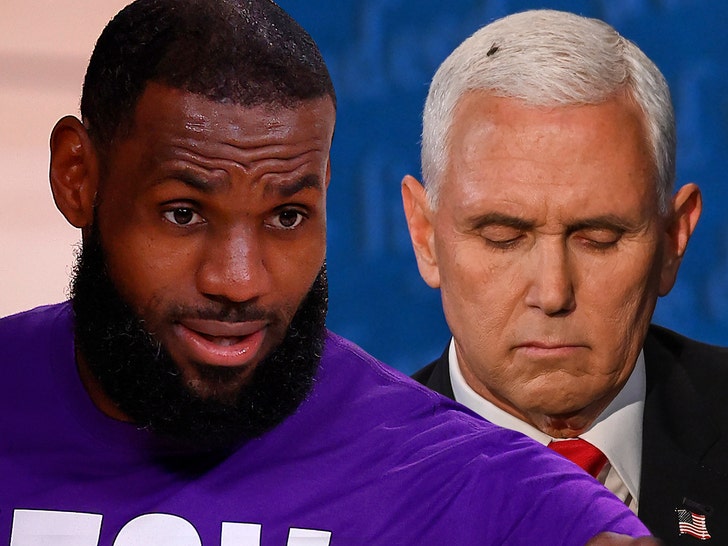 Bron was locked in on the Kamala Harris-Pence debate while his Lakers enjoyed an off day from the NBA Finals … and when the L.A. superstar saw the bug land in the VP’s hair, he didn’t hold back. 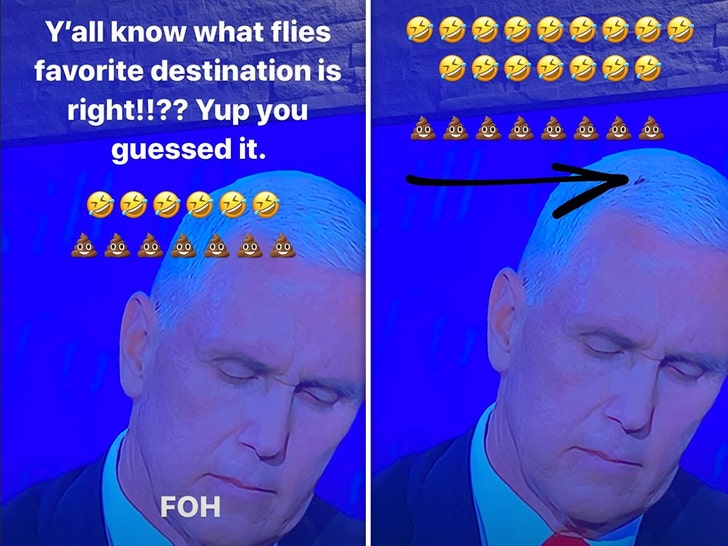 LeBron added a bunch of crying face and poop emojis … before finishing it all off with “FOH” — an abbreviation “f*** outta here.”

Of course, Bron has never been shy about his disdain from the current White House administration … he’s gone after Donald Trump on multiple occasions since DT took office in 2016.

Just 3 years ago, LeBron called #45 a “bum” over the president’s comments on White House dis-invites for the then-NBA champs Golden State Warriors.

And, recently, he laughed off Trump’s anti-NBA comments … saying nobody in the basketball community would miss him as a fan.