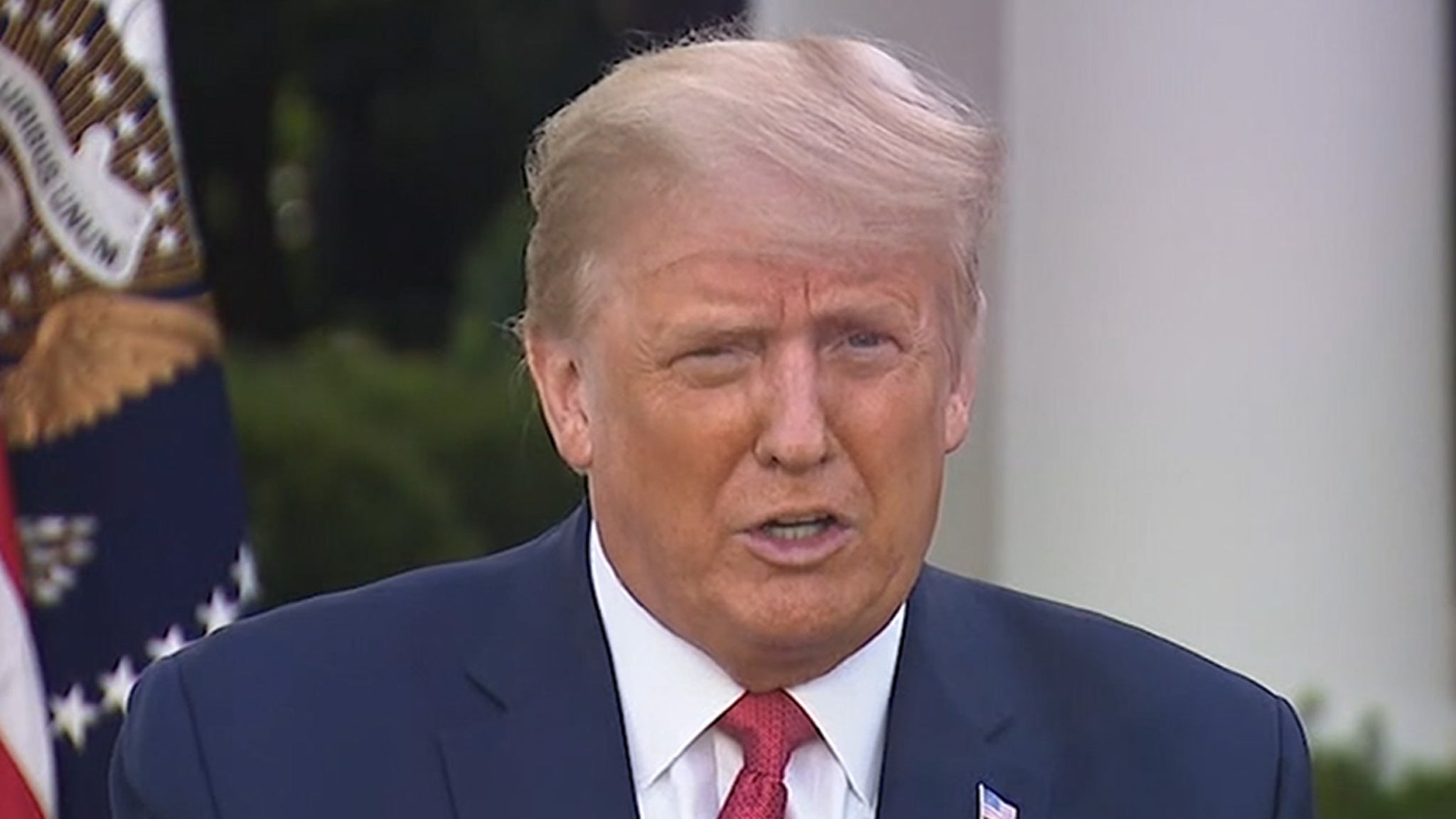 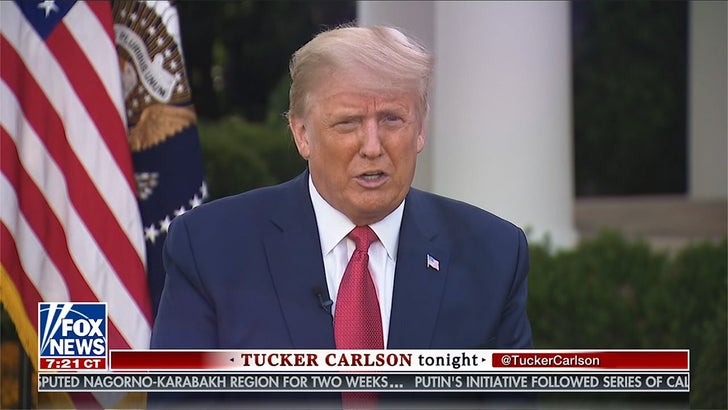 Donald Trump says he feels great and he received special treatment at Walter Reed Hospital … as he put it — “It’s good to be President.”

The President was interviewed on Fox News Channel by Dr. Marc Siegel, a Fox News contributor who is not part of Trump’s medical team.

Trump said he went to the hospital last Friday because he didn’t feel strong. He said he didn’t have a problem breathing, but failed to mention he got supplemental oxygen twice and had a fever. His own Chief of Staff said Trump’s condition was “very concerning.”

Trump says he’s not taking meds now, but credits what he says is his bounce-back to an experimental drug he got in the hospital … a drug he says will somehow be available to everyone for free. 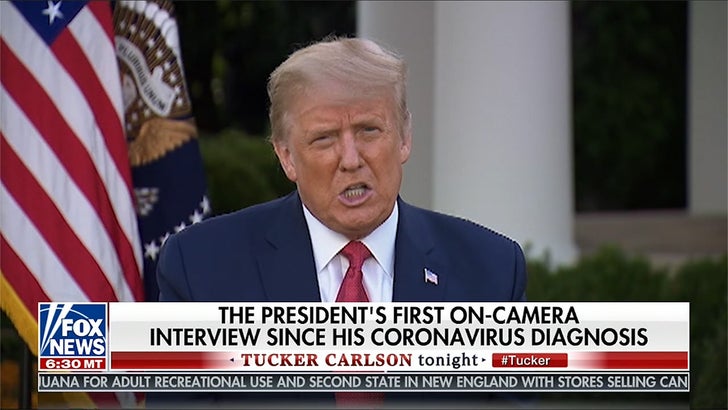 He says he listened to his doctors, so incredibly, that seems to suggest the doctors thought it was ok for him to take a drive with 2 members of the Secret Service in a sealed SUV. Trump said he felt it was his obligation to take the ride to see his supporters who hung around for 3 days.

And, wow … Trump says one thing he learned is that COVID is highly contagious. He didn’t know that until now?

Trump did say he got a CT scan to test his lungs. All he said was that there was a little congestion.

Dr. Siegel did not ask if there was lung damage, he did not ask when the last time was that Trump tested negative, he did not ask Trump about coming back to The White House and gasping for air after climbing a flight of stairs, and he did not challenge Trump when he said he didn’t have trouble breathing the day he went to Walter Reed. He also didn’t ask if Trump is still COVID positive — HIGHLY RELEVANT because he’s hosting an event at The White House Saturday as well as attending campaign rallies.