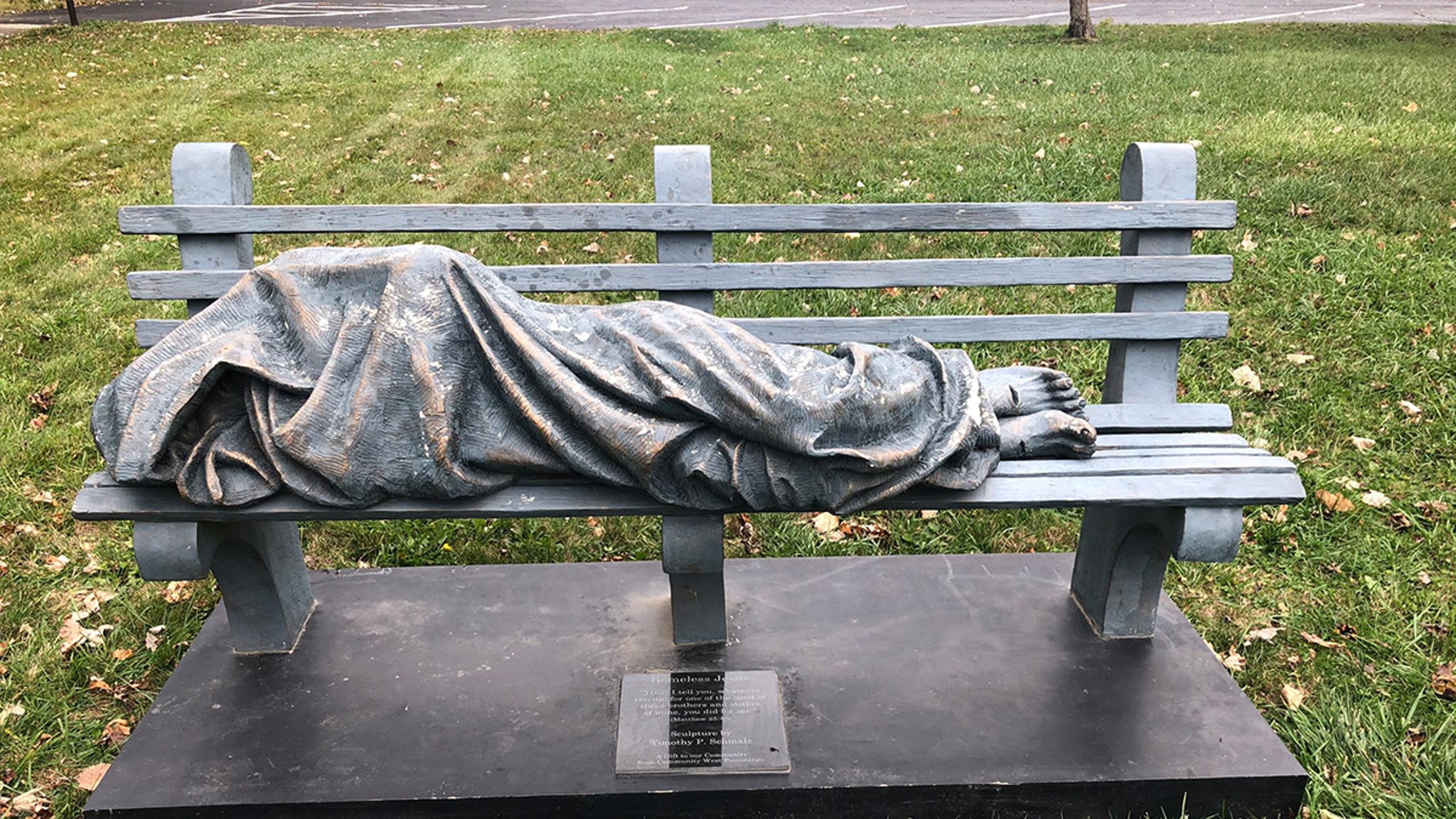 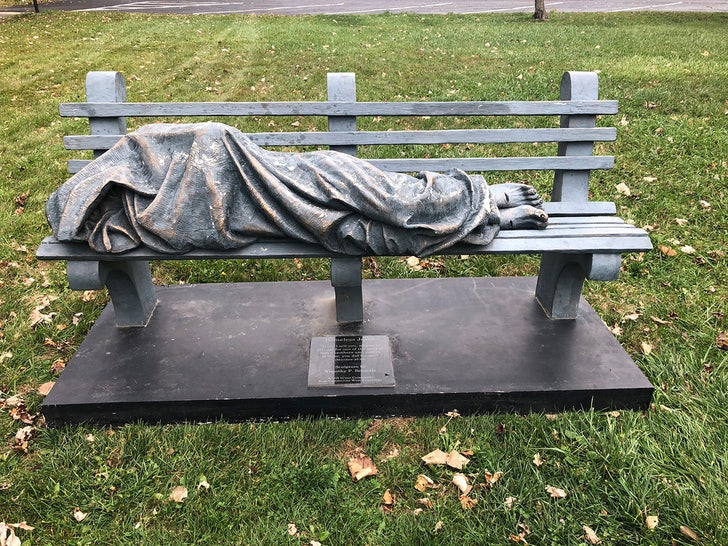 Someone called the cops on Jesus … because he was depicted as a homeless man sleeping on an Ohio park bench.

A statue called “Homeless Jesus” is being hosted by the St. Barnabas Episcopal Church near Cleveland to raise awareness of homelessness in the city, and apparently it worked … because someone reported it right away.

Alex Martin, a priest at the church, says within 20 minutes of the statue being delivered earlier this week, he had to talk with a police officer … because someone thought it was a real person.

The church says the response to the statue — which is intended to inspire citizens to take action and help tackle the homelessness crisis — “speaks to its power.”

St. Barnabas adds … “The caller surely contacted the police out of genuine concern and the responding officer was excellent: he was extremely professional and eager to learn more about the sculpture and its intended message.”

Just a heads up to any “Karens” in the Cleveland area — the statue will be at the Ohio church until December.