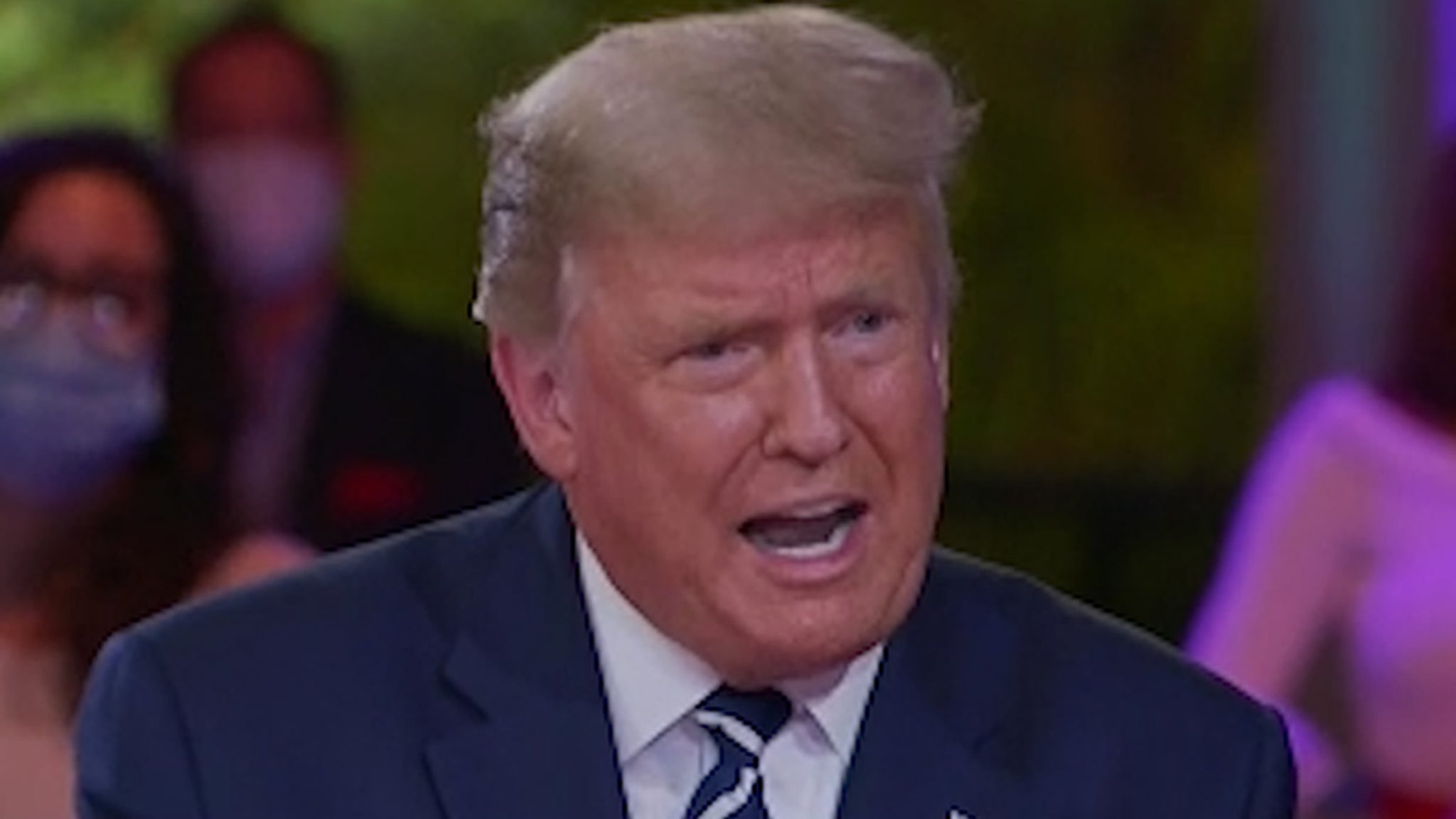 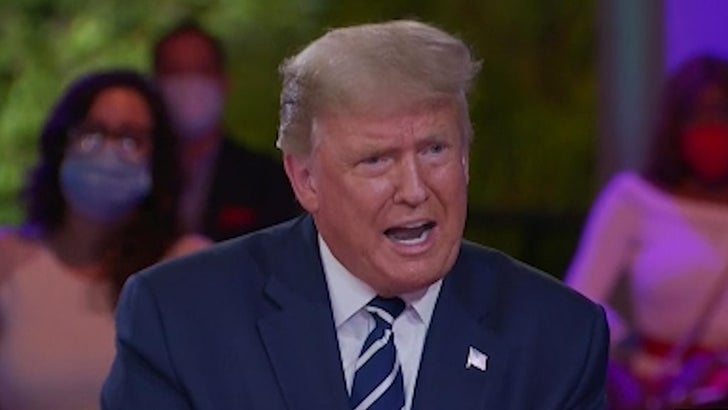 Trump refused to condemn the bizarre QAnon theory during Thursday’s town hall on NBC with Savannah Guthrie … and his reasoning — he doesn’t know anything about it.

Quick refresher … QAnon claims, among other things, the world is being run by a cabal of Satan-worshiping pedophiles who are moving against Trump at the same time they operate a global child sex-trafficking ring.

Trump says he can’t denounce it, or tell the American people it’s all bogus, because he’s not up to speed on the theory … other than knowing QAnon is against pedophilia just like he is.

POTUS brushed off several points Guthrie made … like the fact GOP Sen. Ben Sasse has already ripped the theory as “nuts” and said real leaders call out conspiracy theories.

Guthrie also pressed Trump on his hesitation to denounce white supremacy at the debate, and he claimed he’s always denounced white supremacists … despite the fact he told the Proud Boys to “stand back and stand by.”

Trump got super defensive, then attacked Guthrie and the media.

There are a few things Trump says he’s well versed on and happy to denounce … “Antifa and the radical left.”