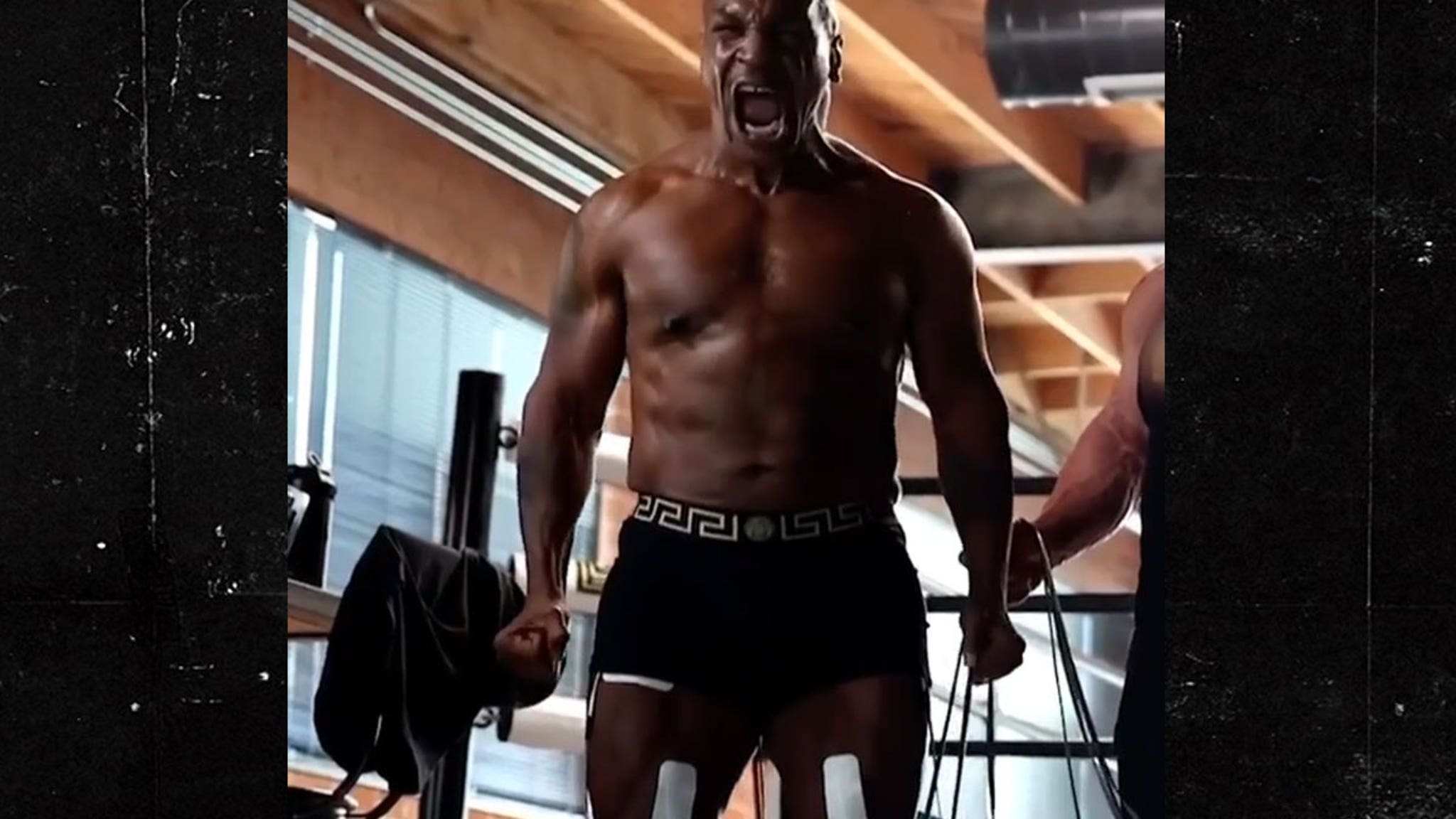 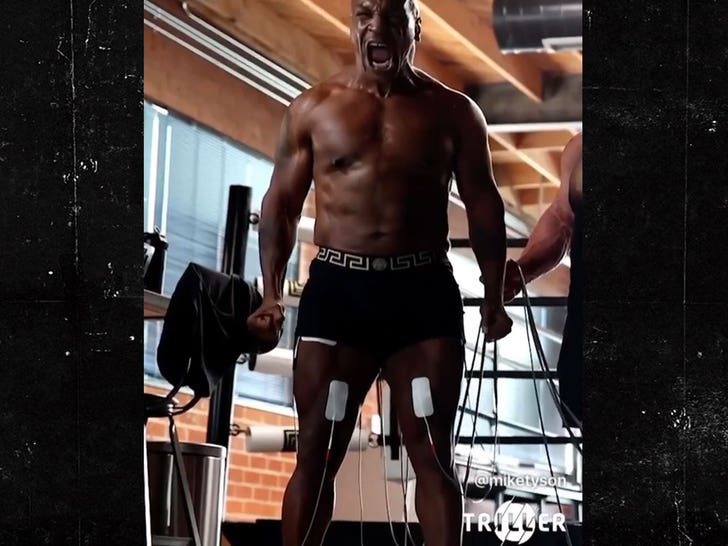 Mike Tyson is getting ABSOLUTELY JACKED for his November comeback fight with RJJ … he revealed his new bod in another training video — and the boxing legend looks ridiculous!!

The clip ain’t long … but in the few seconds where you see Tyson shirtless — you can tell the guy has done nothing but prepare for his Nov. 28 bout with Jones Jr.

He’s got abs. He’s got biceps. He’s got pecs. And, he looks as ferocious as ever!

The vid caught the attention of a bunch of famous people … The Rock liked the clip and UFC superstar Tyron Woodley even reposted it to his social media page.

It all begs the question … is Jones Jr. absolutely sure he wants to go through with this fight???

In addition to getting his body back in fighting shape, 54-year-old Tyson has also repeatedly posted videos showing he’s still got knockout power too!

Only about 1 more month ’til Tyson’s return to the ring … can’t wait!