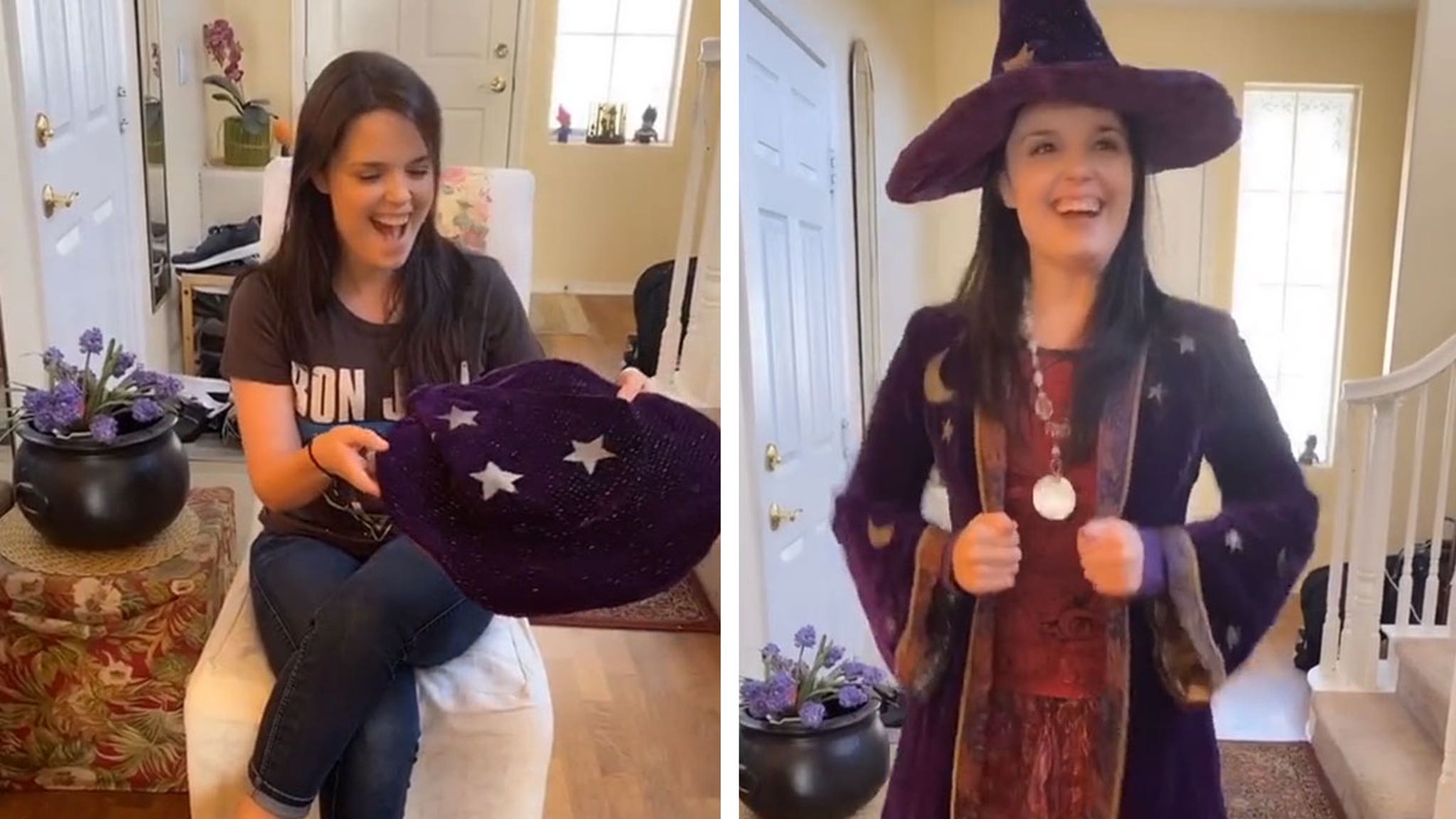 It’s that time of the year again — Halloween, of course — which means the Pipers are dusting off their witch hats to ring in the holiday … with a 2020 twist, of course.

‘Halloweentown’ star Kimberly J. Brown — who played Marnie Piper in the Disney franchise — posted a cool TikTok video of herself, now at age 35, busting out a witch hat and plopping it on her head … reminiscent of the hat and costume she wore in the first film.

She writes, “Just wanted to see if it still fits…😏.” As Kim finally makes the hat touch her noggin, the video cuts to her in the full “Halloweentown” witch costume, and the song changes too, of course.

The movie music turns into Cali Swag District’s “Teach Me How to Dougie” … with KJB dancing to the beat for a bit before walking off camera. That’s where the video ends.

Definitely the light nostalgia fans of the films might’ve been looking for in these real-life dark times — ‘Halloweentown’ is a childhood favorite for many, and spurred three entries in total. And yes, Marnie — the female version of Harry Potter, if you will — is pretty bad ass.