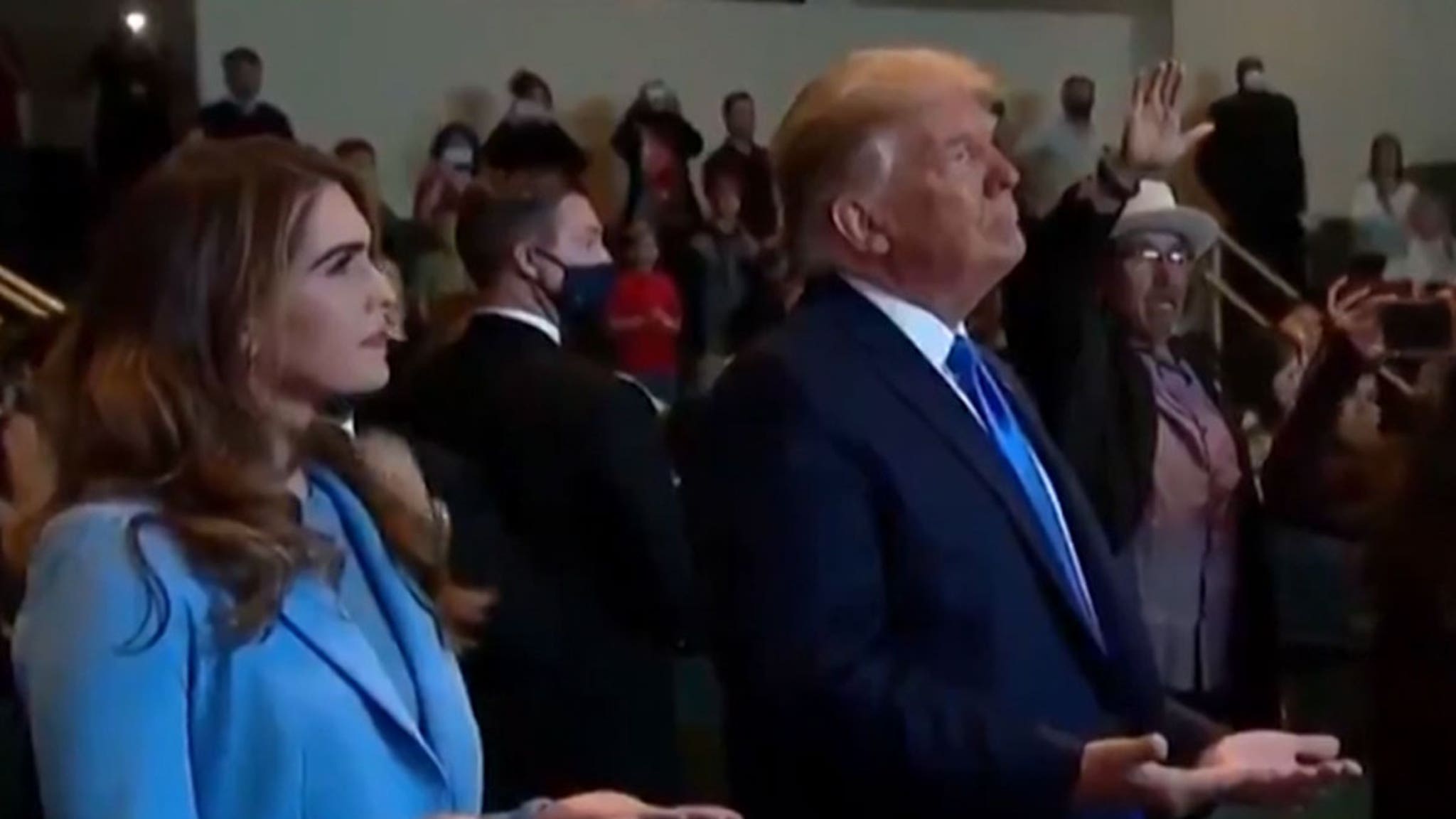 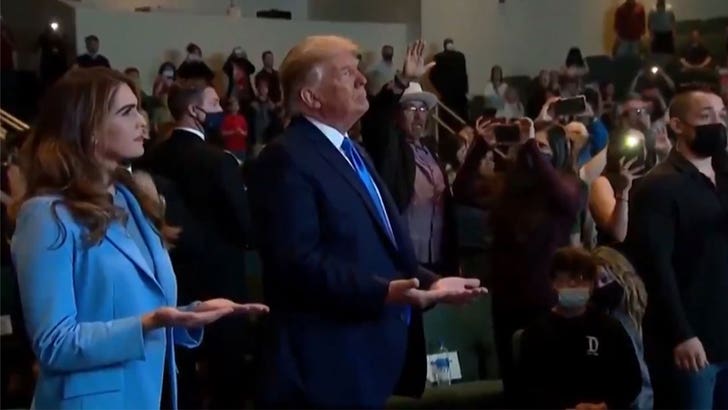 President Trump became part of the church-going crowd this weekend — and his presence moved a pastor to predict he’d get a 2nd win … and Trump returned the favor by telling the pastors they were rough around the edges.

DT attended a service Sunday at the International Church of Las Vegas … with Pastors Paul and Denise Goulet officiated. It was quite the sight — Trump stood there awkwardly with his palms out, flanked by Hope Hicks and Kayleigh McEnany … nobody wearing masks.

Right up Donald’s alley, no doubt, but it’s what Pastor Denise ranted and raved about that actually stole the show … she says she got a sign from God at 4:30 this morning … that Trump’s getting another 4 years, but she had a funny and confusing way of explaining it.

First, she said his “second win” would come in the form of a victory at the polls; next, she said he’d get another “second win” with a fresh shot of energy … like a runner near the finish line and who’s out of breath, but still manages to power through to the end.

Finally, Pastor Denise said he’d get a second “wind,” which she likened to the Holy Spirit. We believe she has a few of those “second win(d)s” mixed up, but whatever … Trump was loving it all the same. Ironically, Trump has proven of late that he can, indeed, get pretty winded. 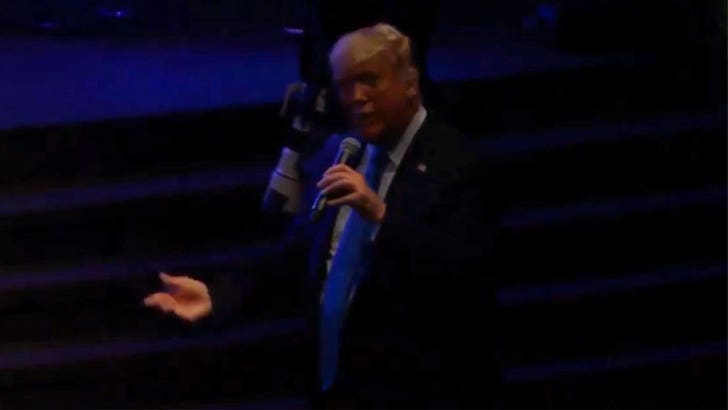 Anyway, the couple eventually invited to him to the stage to bless him — which was just as awkward as their sermon from afar — and eventually handed him the mic to share some words, and that’s when he told the pastoral duo they were rough around the edges.