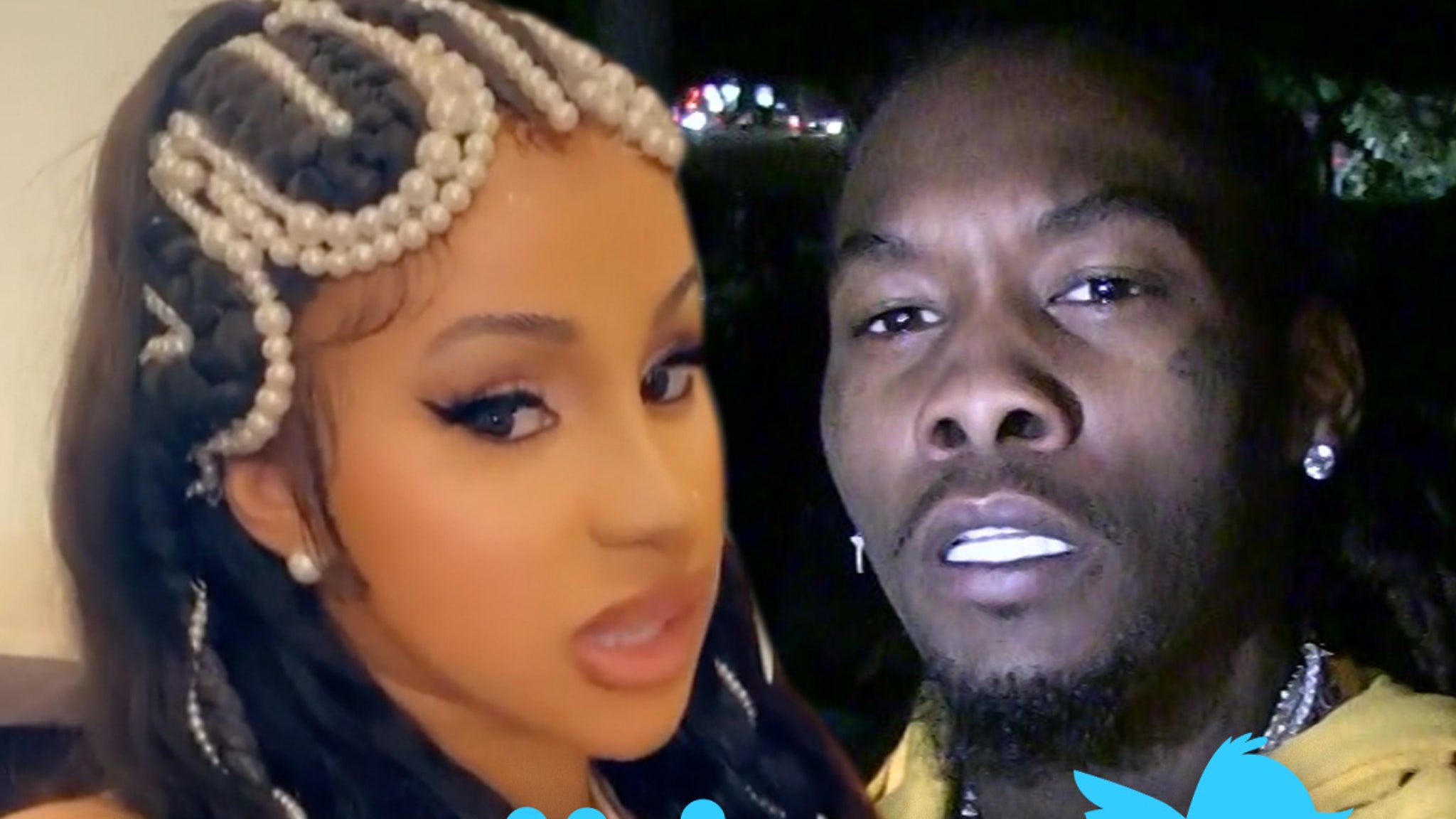 Cardi B is turning off Twitter because she says her fans are toxic — especially after her decision to get back with Offset — and she’s not about to let them treat her like a Disney star.

CB’s Twitter account is non-existent as of Monday — this after she apparently deactivated it this weekend. The move to go dark follows a wild rant she went on Saturday on IG Live, in which she called out her fans for getting all up in her biz about her marriage.

It seems a lot of her followers are expressing concern — or are just flat out pissed — about her getting back with her husband. Cardi says some have even reached out to friends of hers, asking them to intervene … suggesting she’s not well for the reconciliation.

Welp, Cardi had more than ENOUGH of it.

She literally cussed out her fans … telling them to stay in their lane, and said she’s grown and will do whatever the hell she wants.

Cardi also invoked JoJo Siwa and Ariana Grande in her tirade — saying teenage fans were engaging with her and acting as if she’s a former child Disney star or something. NOPE!!!! Cardi checked them on that and told ’em to butt out … ’cause she’s got real problems.

BTW, CB also gave a little bit of insight into why she can’t just up and go date someone new so easily … saying she’s not your average Jane who can play the field on the low.

Remember, already Cardi touched on this issue of an over-invasive fanbase infiltrating her real life, but in much more joke-y terms. Now, she’s not playing … some fans have crossed the line, for her, and she’s taking a timeout because of it.