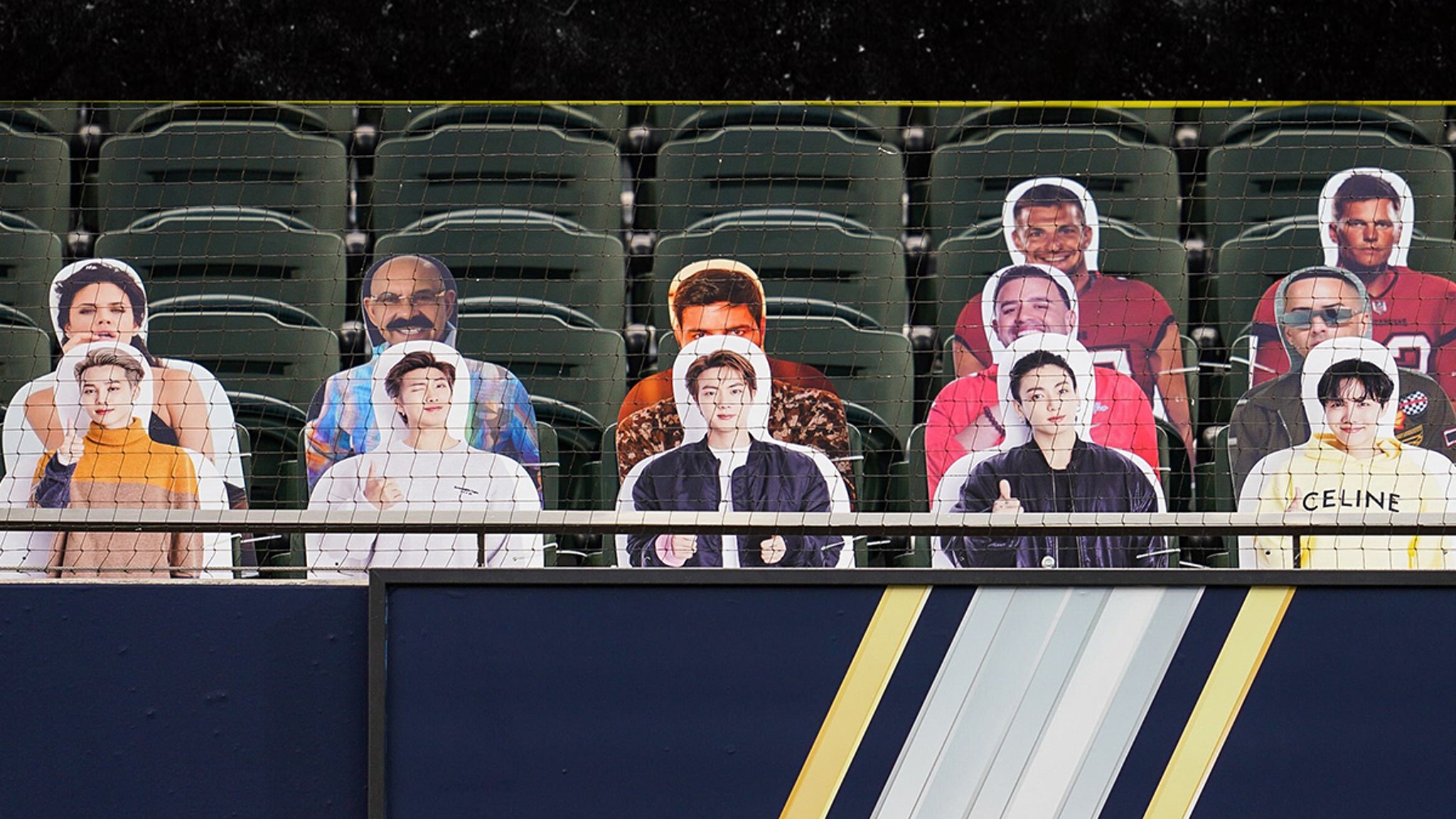 The biggest boy band on the planet will have the best seats in the house during the World Series … with uber-popular K-Pop group BTS getting the cardboard cutout treatment!!

And, get this — the guys got better seats than Tom freakin’ Brady!!!

For those oblivious to the music industry, BTS has become the hottest thing in recent years … with huge hits like “Dynamite,” “Boy With Luv” and “DNA.”

Their success is evident in the pic snapped of their seat location inside Globe Life Field on Tuesday … with the band’s cutouts placed in front row seats over the 6-time Super Bowl champ and his Buccaneers teammate, Rob Gronkowski.

We already know who @BTS_twt is rooting for. Who’s your bias? Ours is Yoongi. #WorldSeries pic.twitter.com/HNMw212UKh

While Jungkook, Jimin and the boys won’t actually be present for the series between the LA Dodgers and Tampa Bay Rays, there WILL be some real-life fans in attendance Tuesday night … so maybe someone can snap a selfie with the fake members?!

The Dodgers acknowledged the gesture … and even gave a shout-out to Yoon-gi (AKA Suga), who has attended games at Dodger Stadium to cheer on his guy, pitcher Hyun-jin Ryu.

“We already know who (BTS) is rooting for,” the team said on Twitter. “Who’s your bias? Ours is Yoongi. #WorldSeries”

Count this as a win for the BTS ARMY … and may we request BLACKPINK cutouts next?!