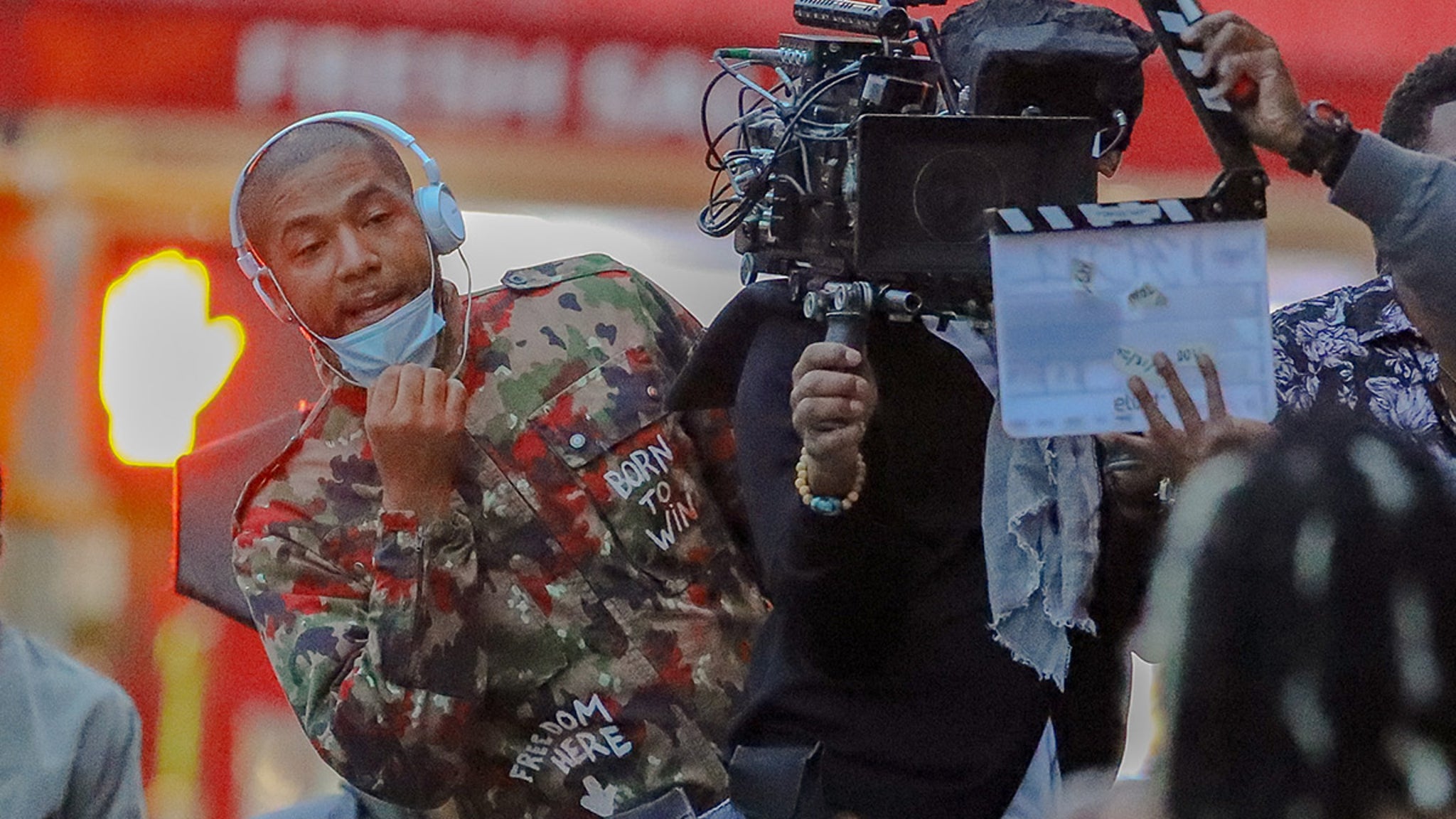 It’s lights, camera, action for Jussie Smollett … he’s back to work after the alleged attack in Chicago, but this time he’s behind the camera.

The former “Empire” star has a new showbiz gig after allegedly staging a hate crime last year … and in what could be the future for Jussie, he’s taking a shot at directing instead of acting.

Jussie’s got a full cast and crew behind him in New York City, where he’s directing the film adaptation of “B-Boy Blues.”

As you can see, Jussie looks super focused … getting hands-on with the cast, which stars Ledisi, Brandon Evans and Broderick Hunter.

Jussie pulled down his face-covering to give a few directions and watched intently behind the camera with a huge pair of headphones and some Starbucks to keep the creative juices flowing. Seems he’s taking a liking to directing.

While many in the industry assumed he would never work again after the “attack,” Jussie’s proving a comeback’s almost always possible … it just requires some evolving, and a hit doesn’t hurt either.

For his part, Jussie still insists the “attack” was not a hoax, and says he has new evidence to back it up. He’ll get a chance to present because he’s still facing criminal charges and a civil lawsuit from the City of Chicago.

Check out the gallery … Jussie’s also seemingly sending a message with his jacket. Looks like he’s saying he’s “Born to Win.”