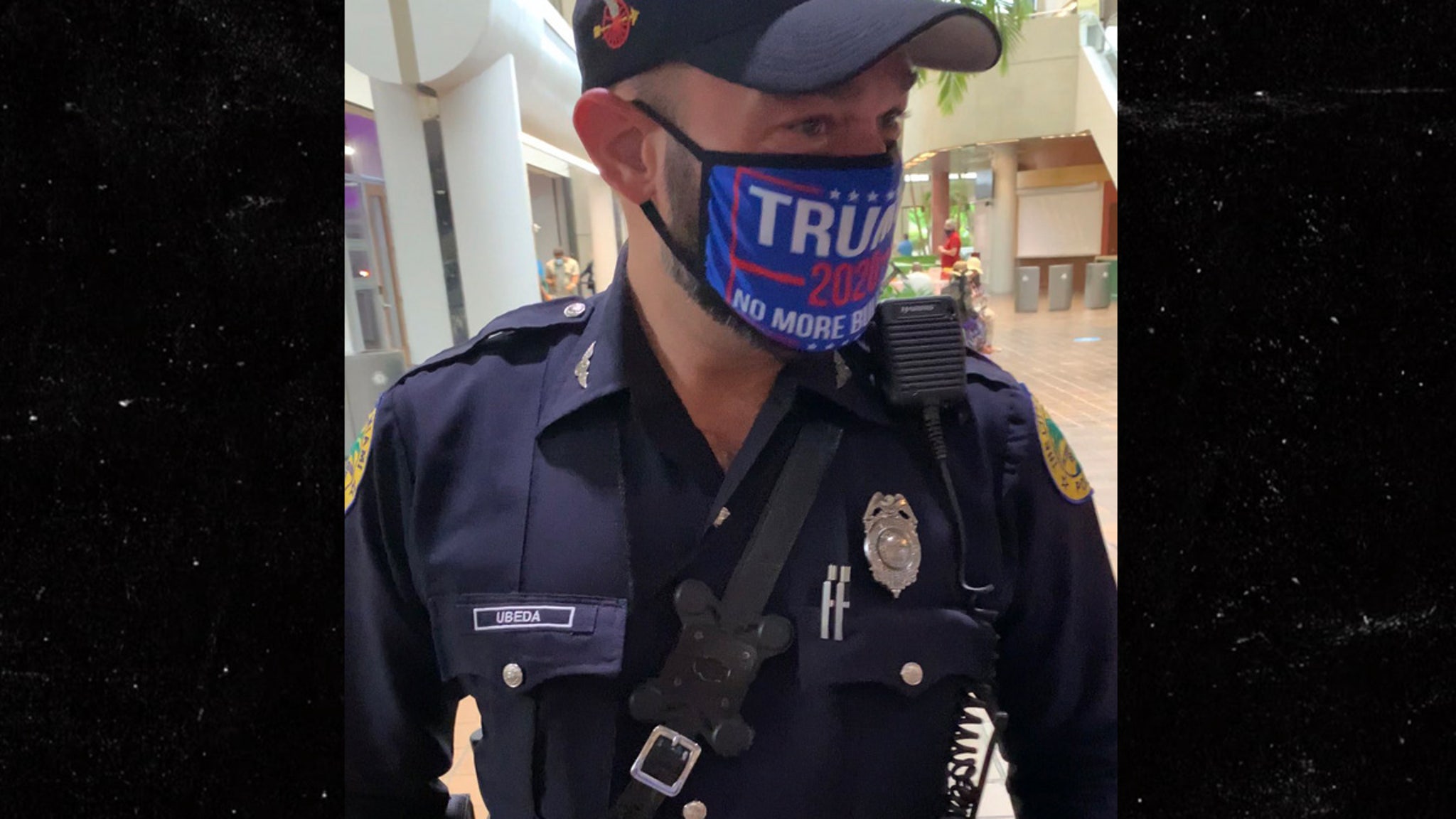 A Miami PD officer wearing a pro-Trump face mask at a polling location is facing calls for his suspension … and he’s clearly in hot water with the department.

The cop was wearing the mask — which said “Trump 2020” and “No More Bulls**t” — on Tuesday while patrolling a government center that serves as a polling place. 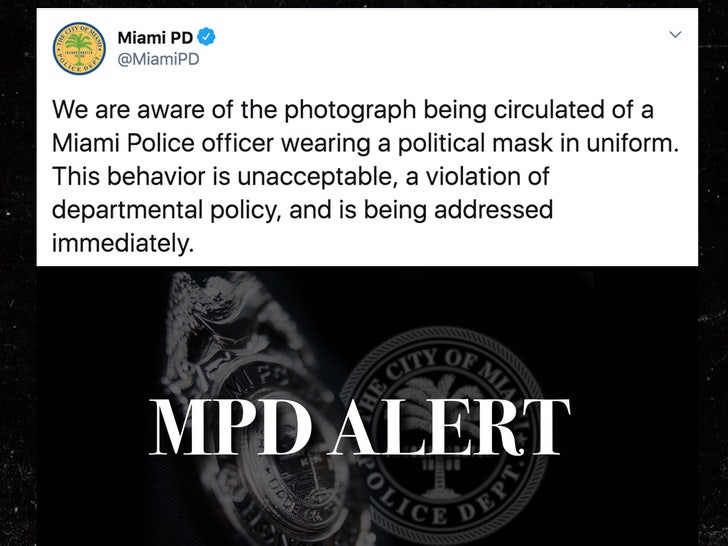 The Miami PD says it’s aware of the photo of its officer wearing a political mask and adds … “This behavior is unacceptable, a violation of departmental policy, and is being addressed immediately.”