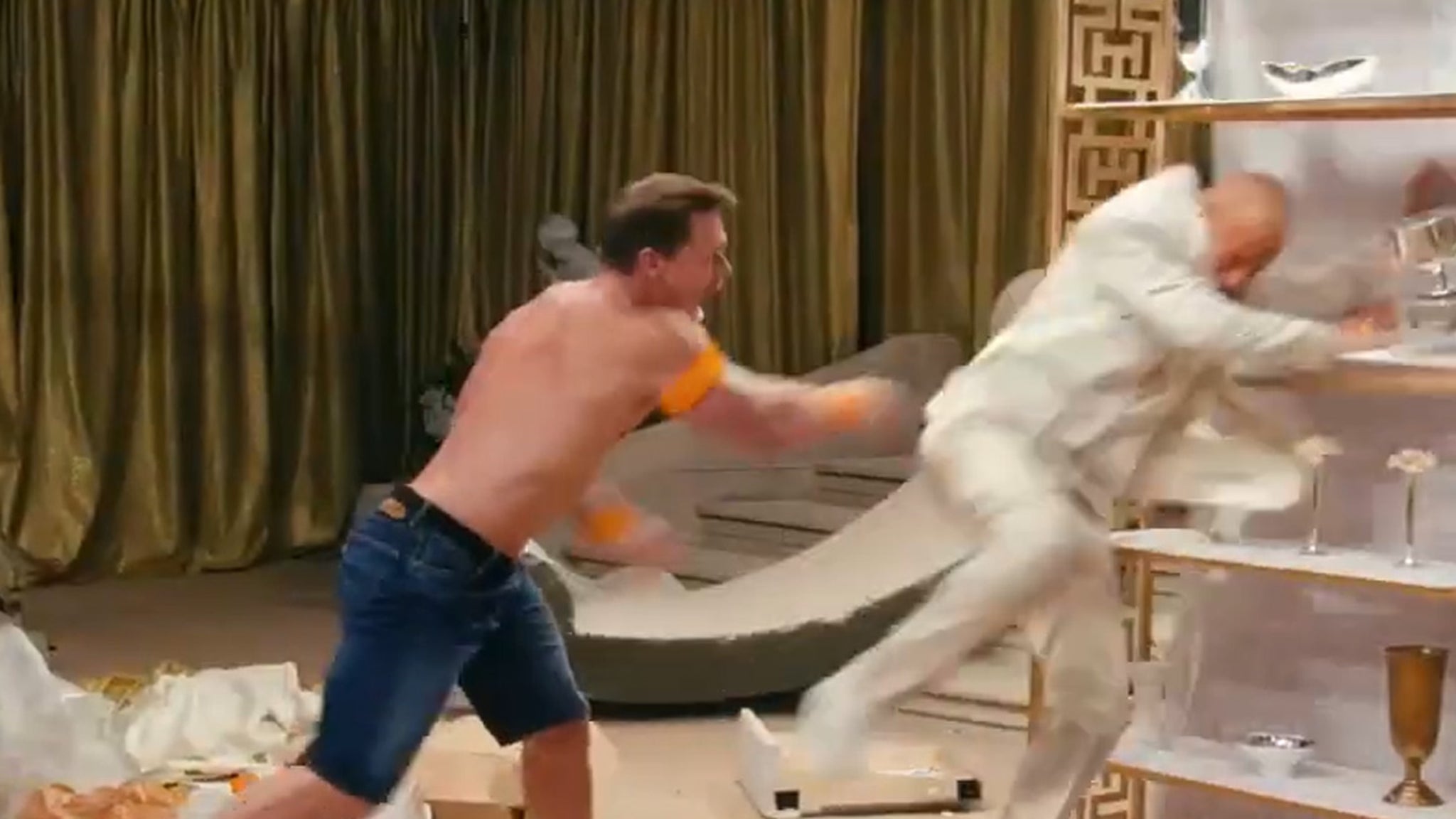 Eric Andre was seriously injured — and hospitalized — after a wrestling stung gone wrong with John Cena … and it’s all on video.

The comedian revealed the whole story on “Jimmy Kimmel Live” … saying he was shooting a bit for “The Eric Andre Show” which required Cena to hulk out and throw him through a shelf.

Kimmel watched the footage and asked Eric if the stunt hurt as badly as it looked.

“John Cena did the stunt right, but we prepped for the stunt wrong. And, that metal shelf came over and clocked me in the head,” Andre said … “And, I got concussed.”

Andre says he went to the hospital immediately — noting, “I had like a Fred Flintstone, like Bugs Bunny [welt] on the side of my head.”

The good news … Andre seems to be okay now and was joking about it with Kimmel.

“They did a CAT scan, and I haven’t been able to speak English since. I memorized this interview phonetically, actually.”

Yeah, we know pro wrestling is fake … but the stunts are VERY real and come with real risks.

Hope everyone gets well soon!