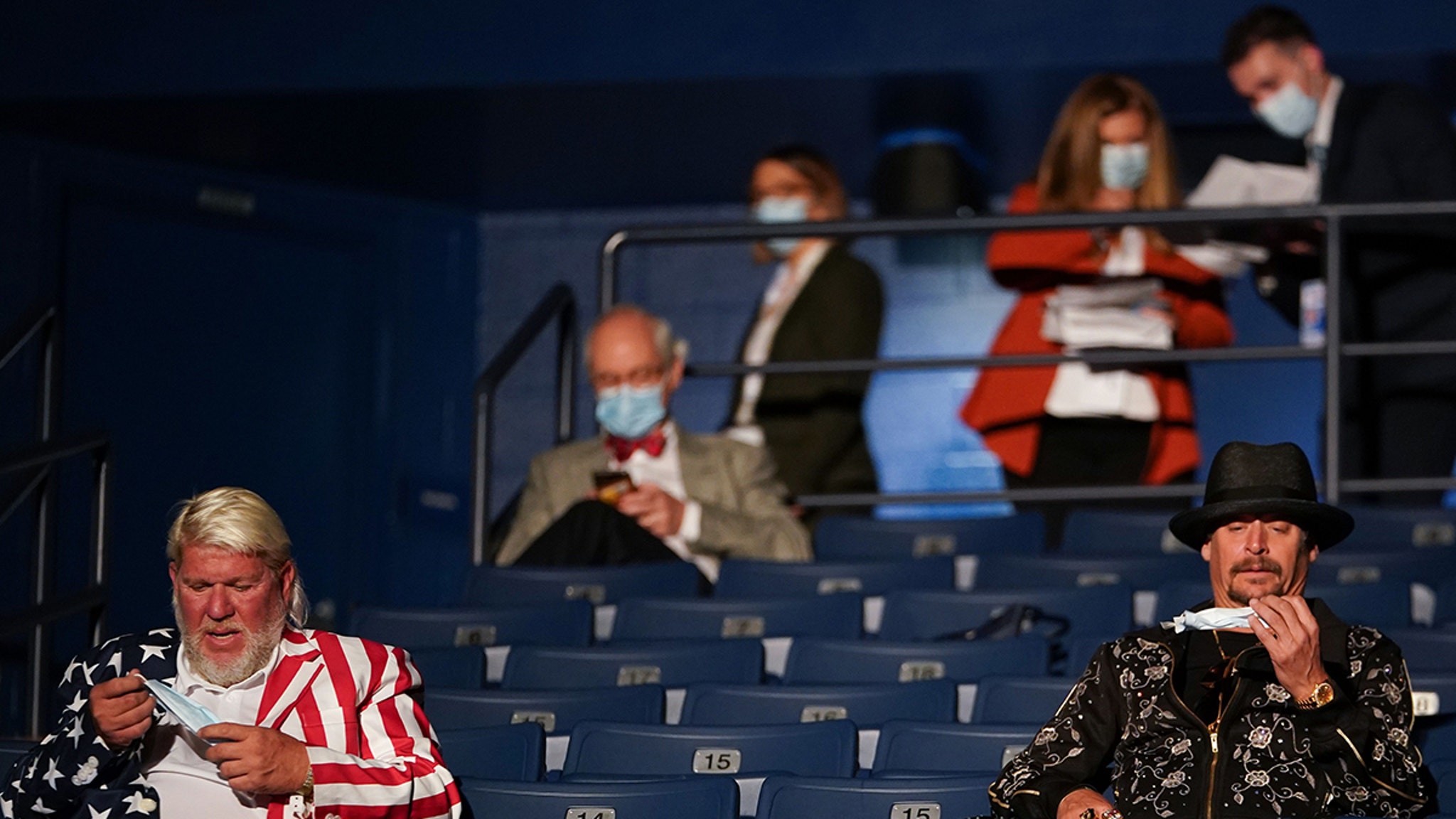 Kid Rock and John Daly thought they’d be able to take in the Presidential Debate mask-free and within throwing distance from the stage … until a staffer caught them.

The singer and PGA Pro — who attended Thursday night’s event to support President Trump — first took their seats sans mask. It didn’t take long until both men were approached by an employee working the event who had fresh masks for them both. 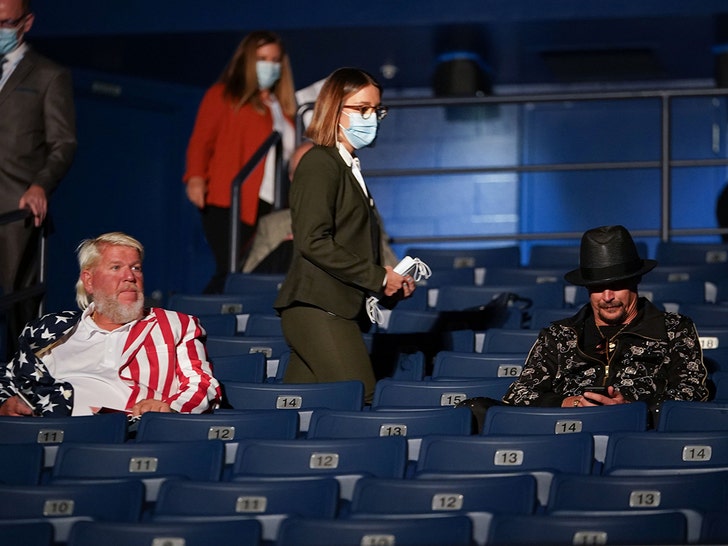 Both John and Kid Rock finally obliged, we gotta imagine they would’ve been asked to leave if they refused.

Daly’s lack of caution in protecting himself from the disease is a total 180 from his stance back in August when he withdrew from a PGA event in San Francisco because of COVID.

At the time, Daly said, “People keep asking why I WD from PGA??? California now #1 in cases/deaths, I had knee surgery, I’m a diabetic & I don’t feel comfortable flying. Being too close proximity to even small crowds & risk exposure with my health not worth it! God Bess & y’all be safe!” 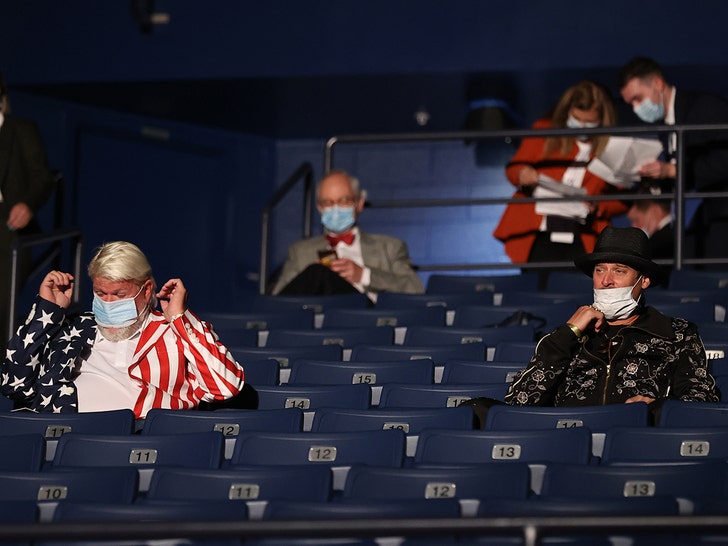 As we reported, both President Trump and former VP Biden tested negative for COVID-19 before the debate … so there was no need for a plexiglass barrier between the two.