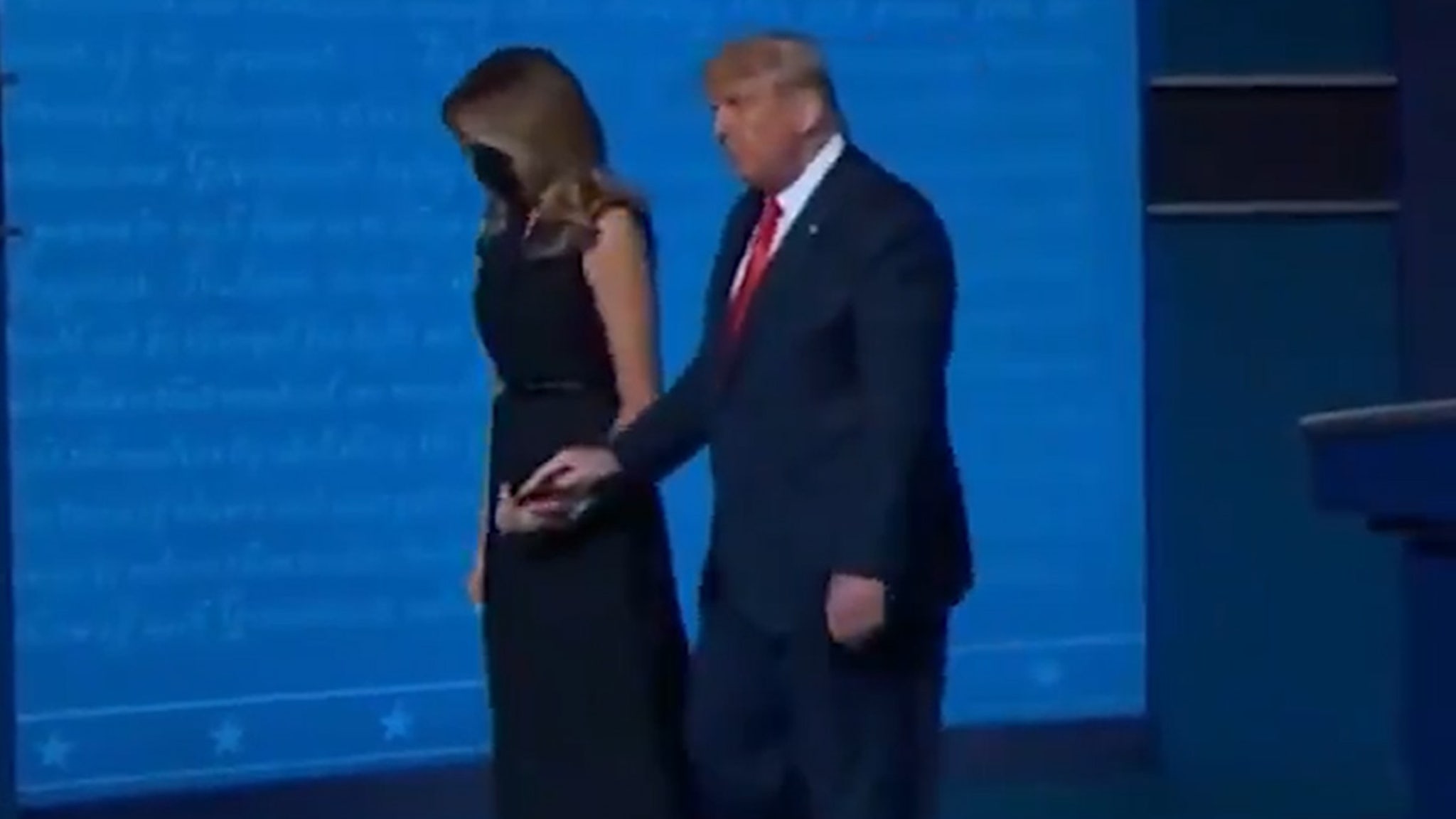 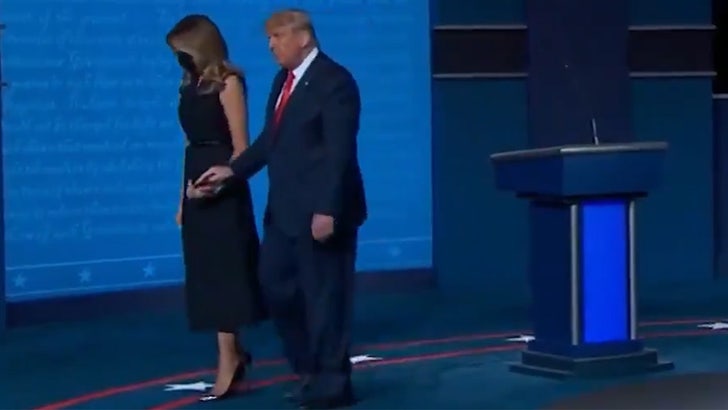 Melania Trump apparently wasn’t in the mood to get handsy with President Trump after the debate — and the new debate is about whether she dissed him on camera.

The moment, as they walked off the stage Thursday night, was hardly subtle — the candidates’ spouses had joined them for the ol’ smile and wave photo op. When the Prez and First Lady turned to walk away they were holding hands, but after a couple steps … it looks like Melania yanked her left hand away from Trump.

POTUS had to settle for giving Melania a friendly pat on the back as she sped away from the scene. You might recall after the first debate … Melania barely embraced her husband as Joe Biden got a warm hug from Dr. Jill.

It should also be noted … Melania’s known for putting POTUS in a no hand-holding zone, like back in 2017 after touching down in Israel. There was also that one time she tried avoiding holding his hand at a White House event in 2018 … but she relented.

Hand-holding. It’s not for every couple.