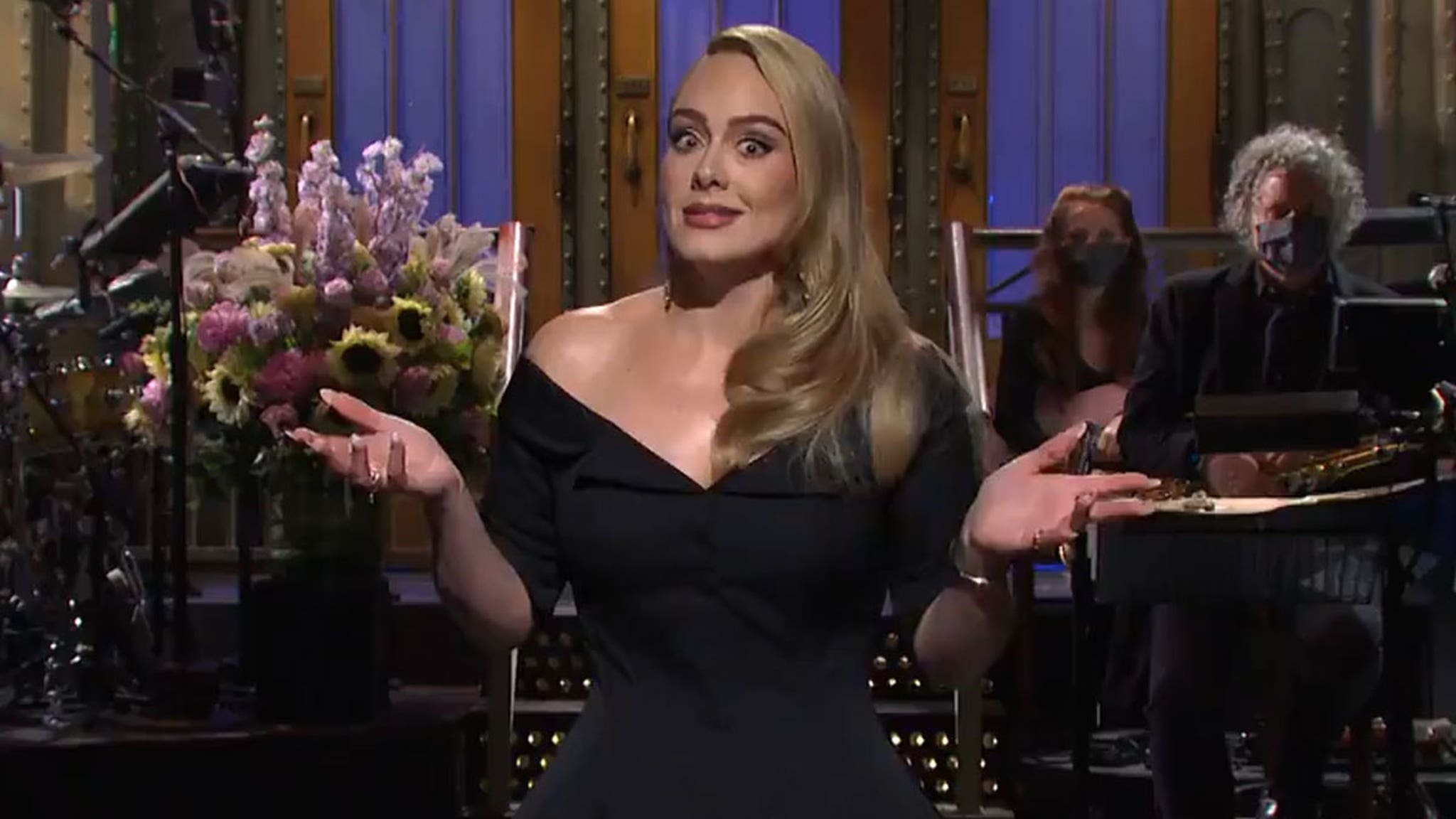 Adele was awesome on ‘SNL’ Saturday night, and made a hilarious joke about her weight loss.

The ‘”Somebody Like You” singer looked INCREDIBLE as she took the stage to host the show. She acknowledged, “I know I look really, really different since you last saw me.” THAT is an understatement.

But, then she jokingly explained … “But actually, because of all the Covid restrictions … I had to travel light and I could only bring half of me,” she joked. “And this is the half I chose.”

Adele explained she wasn’t a musical guest this time around because she hasn’t finished her latest album so there’s nothing new to sing about. Besides, she said she was too scared to sing and host on the same show.

Thing is … she did sing later in the show, during a ‘Bachelor’ skit.

It’s been a long 5 years since Adele dropped an album. And, she’s been absent from TV … last appearing on the 2017 Grammys.

This isn’t Adele’s first go-round on ‘SNL.’ She performed in 2008 … during the show where Sarah Palin appeared with Tina Fey during the election.