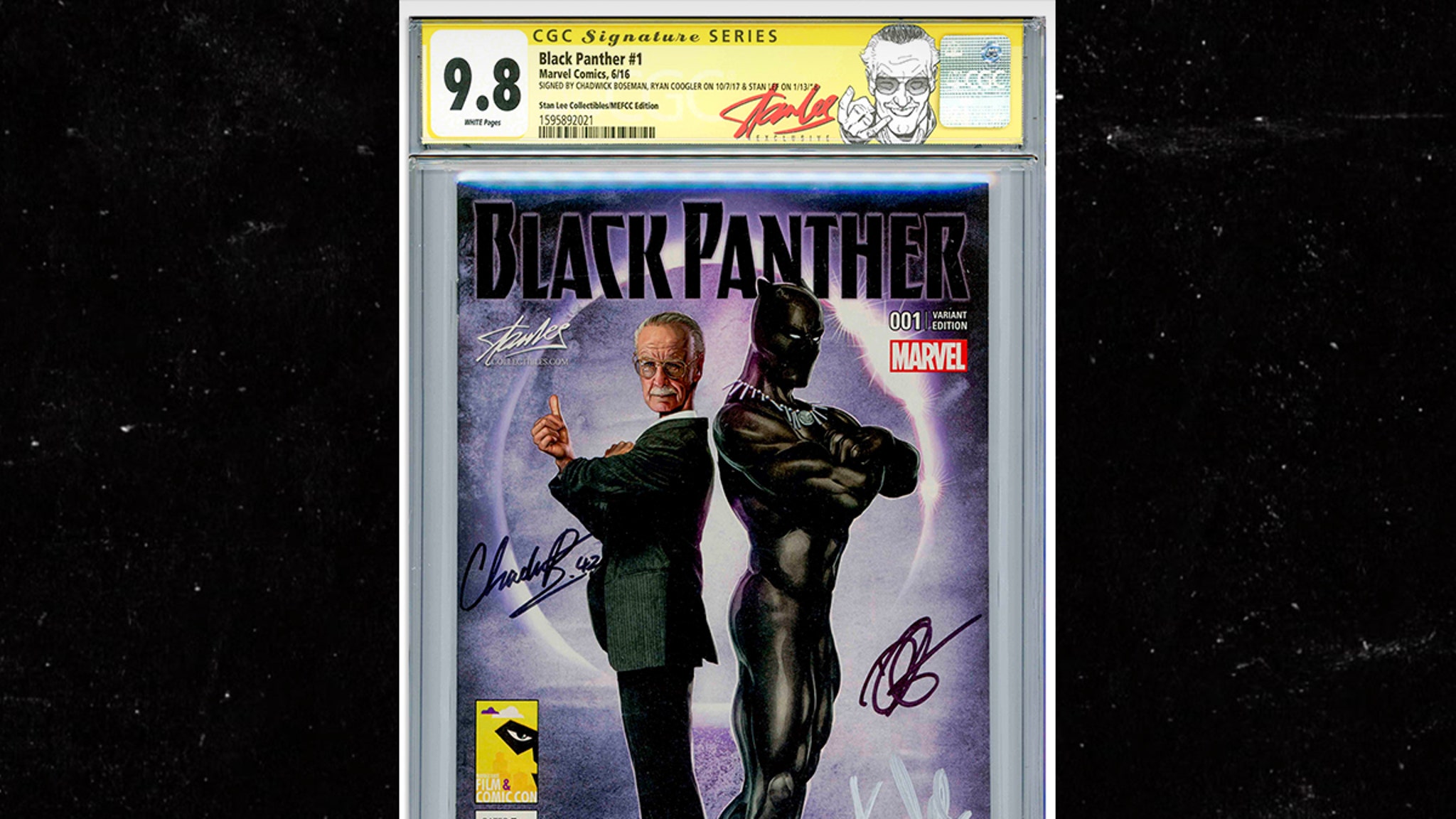 The late Chadwick Boseman put his John Hancock on a copy of the first “Black Panther” comic — which has skyrocketed in value, and is primed to fetch a pretty penny at auction.

Nathan D. Sanders Auctions is putting the rare autographed book up for grabs on Oct. 29, with the opening bid starting at $8,000 — but it’s expected, we’re told, to reach anywhere in the ballpark of $25k when it’s all said and done.

The reason … other than Chadwick’s signature, Stan Lee himself signed this variant of ‘BP’ #1, not to mention ‘Black Panther’ director Ryan Coogler. So, yeah, there’s a trifecta thing happening here — and with Chadwick’s recent passing, and Stan’s in 2018 … the comic is worth even more now.

Just me and the @librarycongress #BlackPanther comic book collection. The collection incl his appearance with the Fantastic Four in 1966 and Black Panther no. 1 from 1976. Did you see the movie this weekend? pic.twitter.com/RlSHrp64cw

You might notice the cover is different from the OG cover of the first stand-alone “Black Panther” comic from 1976 — from which this iteration is derived, but with a modern cover. It’s also vastly changed from Black Panther’s first appearance ever in Fantastic Four #52 (’66).

The one for sale is the Middle East Comic-Con variant — which got its own art whipped up and featured Stan next to T’Challa. For those of you in the know … It’s been certified a 9.8 rating with the CGC Signature Series rating system. That means it’s REALLY valuable.

As you might imagine, the folks hawking this rarity are banking on demand to be way high … and considering the impact Chadwick had on people — especially kids — we think they’ll be right.