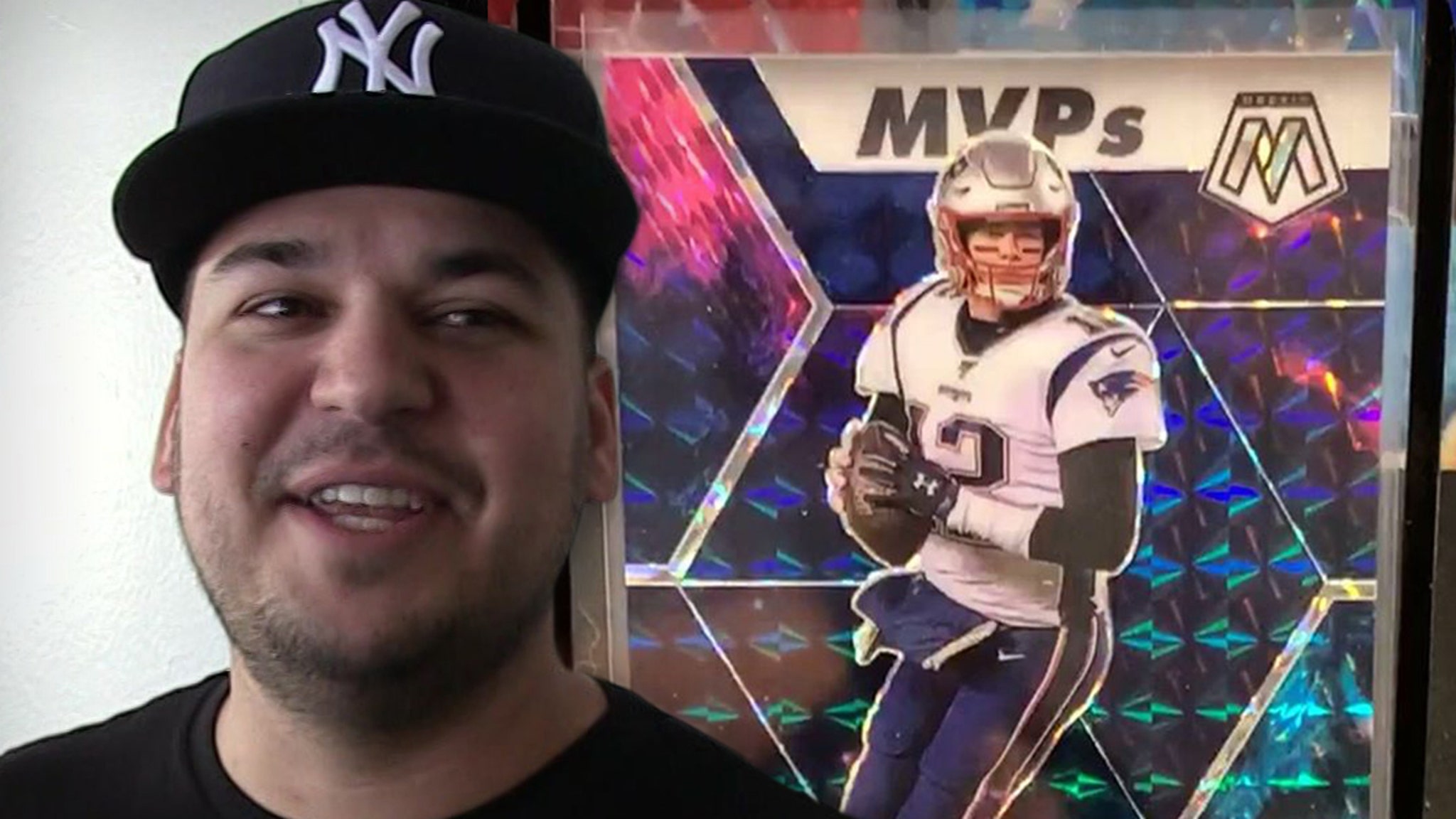 Rob Kardashian hit the football card equivalent of the LOTTERY this week — pulling an insanely rare Tom Brady card that could be worth around $250,000!!!

Here’s the deal … Rob is a massive sports card collector who’s been buying boxes of rare cards from his pals over at The Bullpen card shop in L.A.

Around 3 AM on Tuesday morning, Rob was feeling the urge to buy a case of 2020 Panini Mosaic Choice (hobby) cards — which comes with 20 boxes.

No word how much Rob paid for the case — but they usually run around $10,000! (It ain’t exactly a cheap hobby anymore!).

Since Rob couldn’t personally make it into the store, he gave the green light to the guys at Bullpen to open it on his behalf — he even allowed ’em to stream the opening on IG Live.

There were some cool Tua Tagovailoa autograph cards. A super-rare Justin Herbert card. And, some Joe Burrow gems. 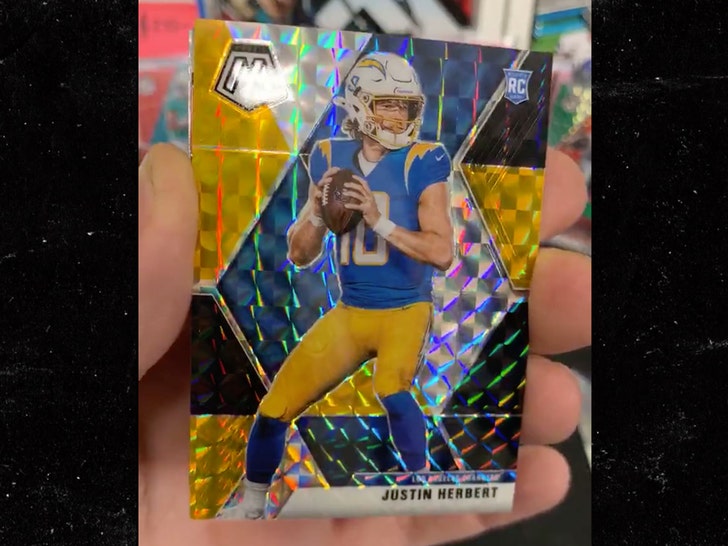 But, the big pull was a Tom Brady MVP Nebula parallel — an ultra-rare 1-of-1 card that’s worth a fortune!!!

Watch the video … the guy opening the packs for Rob at the card shop (his name is Ben) immediately knows he’s got a banger and loses his mind!!!

We spoke with some experts who told us the card could be worth anywhere from $50k to $250k depending on its condition (which will be graded by the PSA authentication company).

PSA looks for things like how perfectly the card is centered, the integrity of the corners and other possible flaws.

But, since this card was pulled right from the box and immediately put into a case, it’s expected to get a perfect 10 grade — which is HUGE for collectors.

The other cards are also super valuable … we’re told the Herbert card (a Black Gold parallel that’s 1 of only 8) could be worth around $6,000.

The Tua autographs could fetch $5k a piece (Rob pulled two!). And, the two Burrow fusion red rookie cards are also worth a few thousand each! 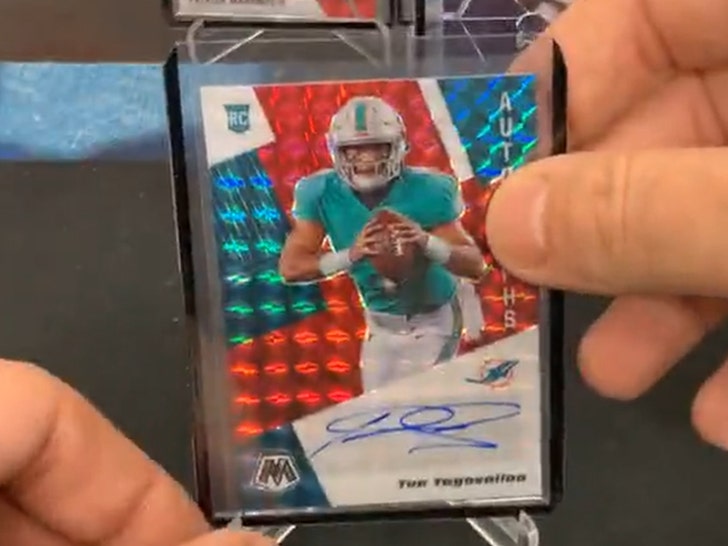 As one expert tells us, “Rob crushed it!”

Unclear if Rob plans on keeping the cards in his personal collection or selling them off … but one thing’s for sure, DUDE HAD ONE HELLUVA NIGHT!!!