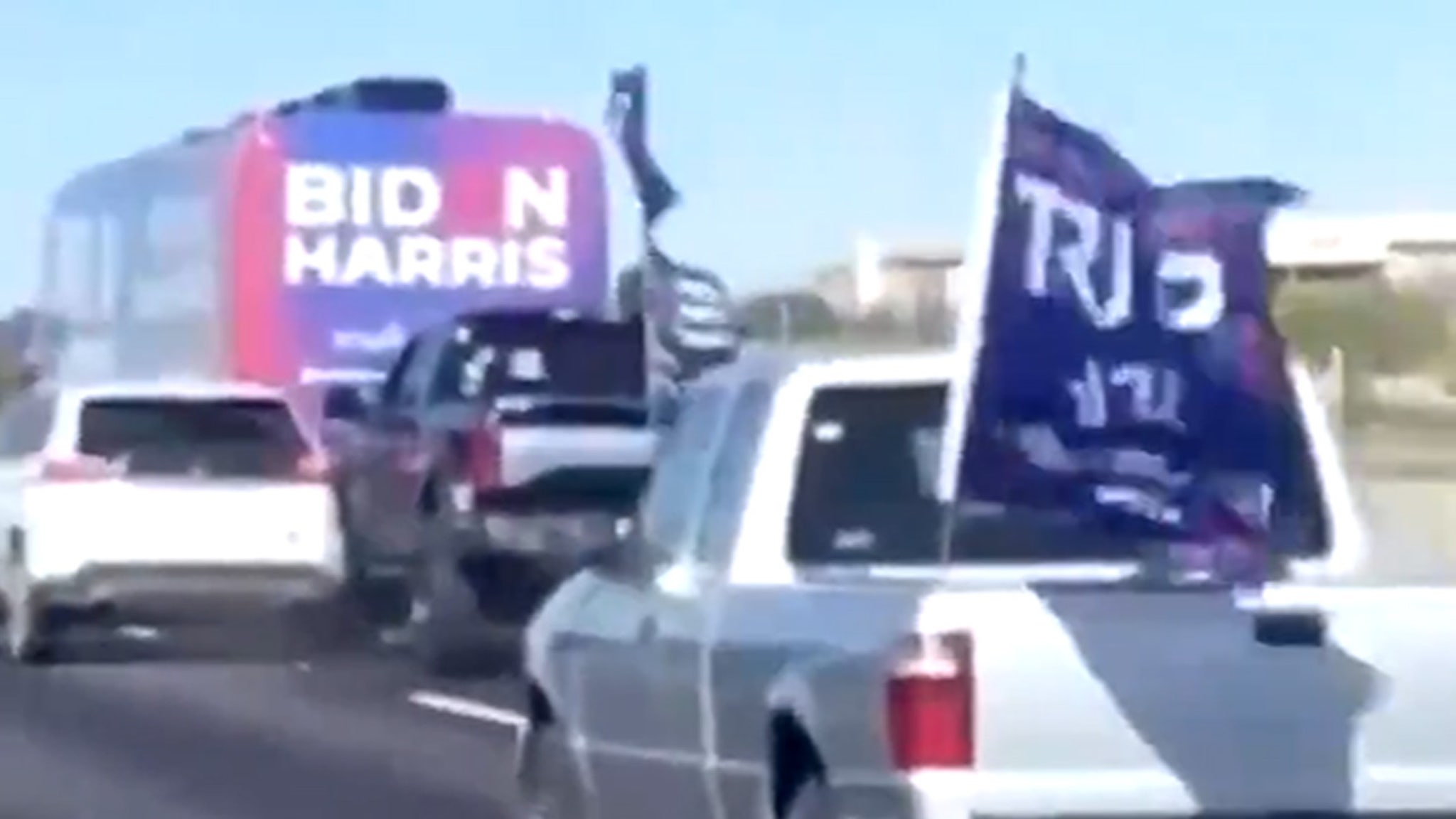 A group of Trump supporters on the outskirts of Austin reportedly ran a Biden campaign bus out of town after trying to hold an event there … and, apparently, it got pretty scary.

A few Democratic lawmakers — who were riding in the Biden bus and hoping to stump for JB and Kamala Harris Pflugerville, TX on Friday — tweeted out the frightening encounter as it was unfolding … claiming they had to abandon their plans for security reasons.

Those reasons, according to them, amounted to a small caravan of Trump supporters who’d been following them along their stops in Texas, and who allegedly harassed the bus when it made a stop near the Austin area. One local politician, Rafael Anchia, even claimed some of the Trumpers were armed, and appeared to be threatening the group inside if they stayed.

As the Biden bus rolled down 11th street toward I-35, Trump supporters scrambled to their trucks to follow it. @cbsaustin pic.twitter.com/idnbDqFU3L

Some have claimed the Presidents own sons were somehow responsible for inciting the crowd to do this, but it’s unclear where those accusations stem from. In any case, the trouble didn’t stop after the bus decided to get outta Dodge … because the same group that was protesting them on the ground reportedly hopped in their own pickups … and gave chase!

There’s a bunch of different videos that show at least three to four Trump-flag bearing vehicles tailing the Biden bus along I-35 for a good while, and getting awfully close. A Biden campaign spokesperson even reportedly said the convoy attempted to run the bus “off the road,” and was creating a dangerous situation on the freeway for surrounding cars.

Please vote. Please volunteer this weekend. The future of our democracy is at stake. pic.twitter.com/G0O4yg2vnJ

In one of the videos, you see a few trucks surround the truck and attempt to slow it down. It’s pretty freaky — but luckily, it doesn’t sound like anyone was harmed … and the Biden campaign was eventually able to get law enforcement to step in and escort them to safety.

BTW, a lot of analysts are saying Texas is a toss-up this time around, and might actually go blue based on polling. Seems these people wanna sweep that fact under the rug and get any trace of Biden’s surge away from the Lone Star State … by any means necessary.