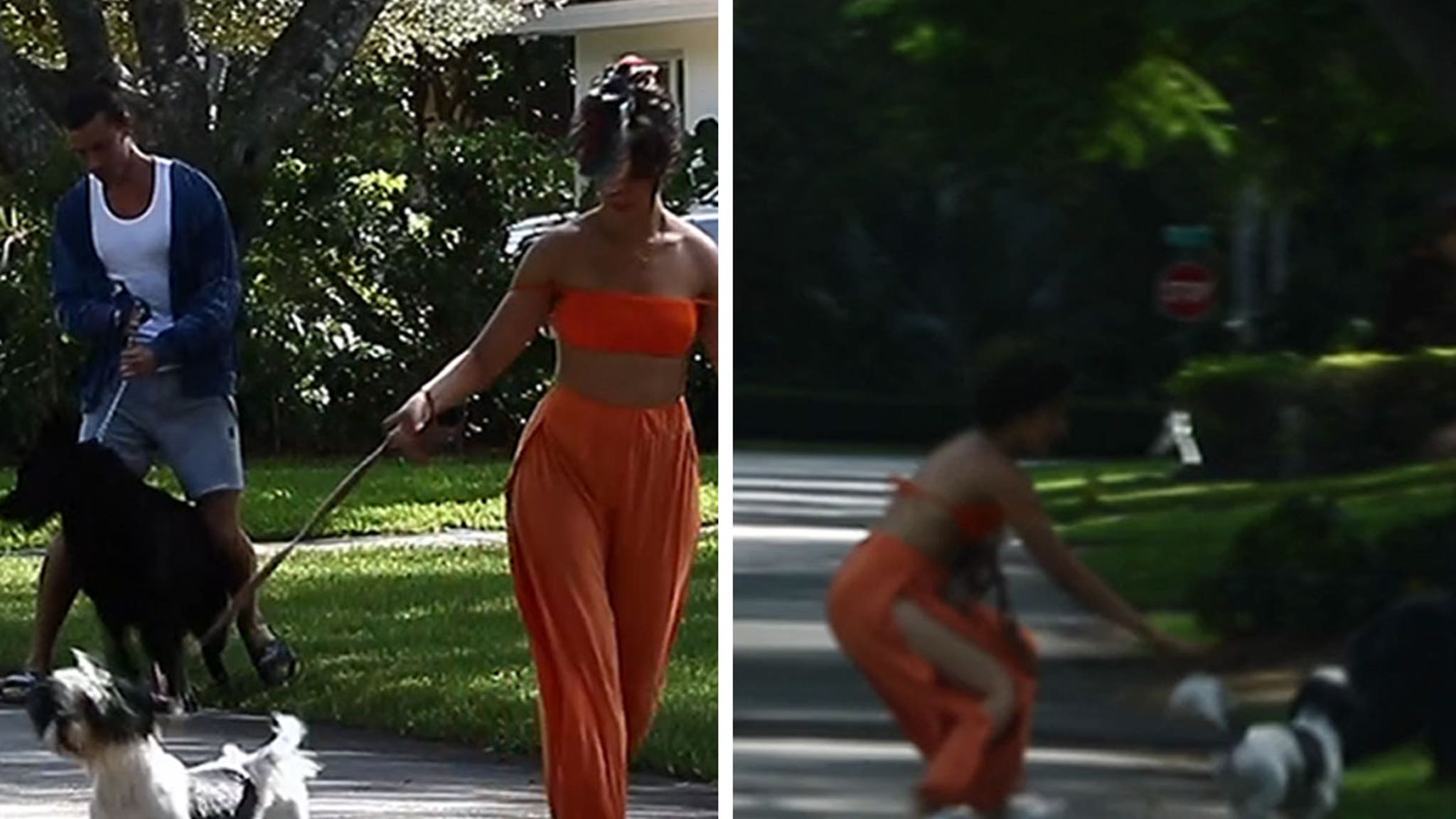 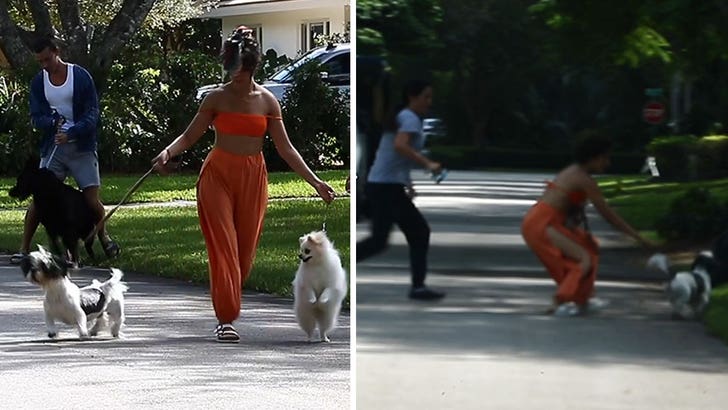 Shawn Mendes and Camila Cabello‘s Halloween almost turned a little scarier than they might’ve liked — and it’s all thanks to her many rambunctious dogs.

The pop star couple were attempting to walk the pooches Saturday in Camila’s Miami neighborhood — where the two are currently quarantining together — and they seemed to have a difficult time getting a handle on the three canines going down the street.

Camila was handling her Shih Tzu, Leo, and what appears to be a younger relative of hers was dealing with her long-haired Chihuahua, Eugene, while Shawn took the reins on Camila’s black German Shepherd, Thunder. All 3 pups seemed jumpy about something from across the way, and Camila and co. had to hold back their leashes tightly to keep them in check.

Soon enough, the mysterious trigger was revealed … it was another dog that its owner was also walking … and Leo, especially, wanted to get a whiff. Watch … chaos briefly ensued as the Shih Tzu got away from Camila and chased the other dog before they could grab it.

All’s well that ends well though (we think). Shawn threw up a Halloween photo of the two of them later in the day, and they seemed pretty chummy … which leads us to believe nothing terrible happened in the furry fracas.

Dogs, man … they’ll drive ya crazy, in all the right ways.