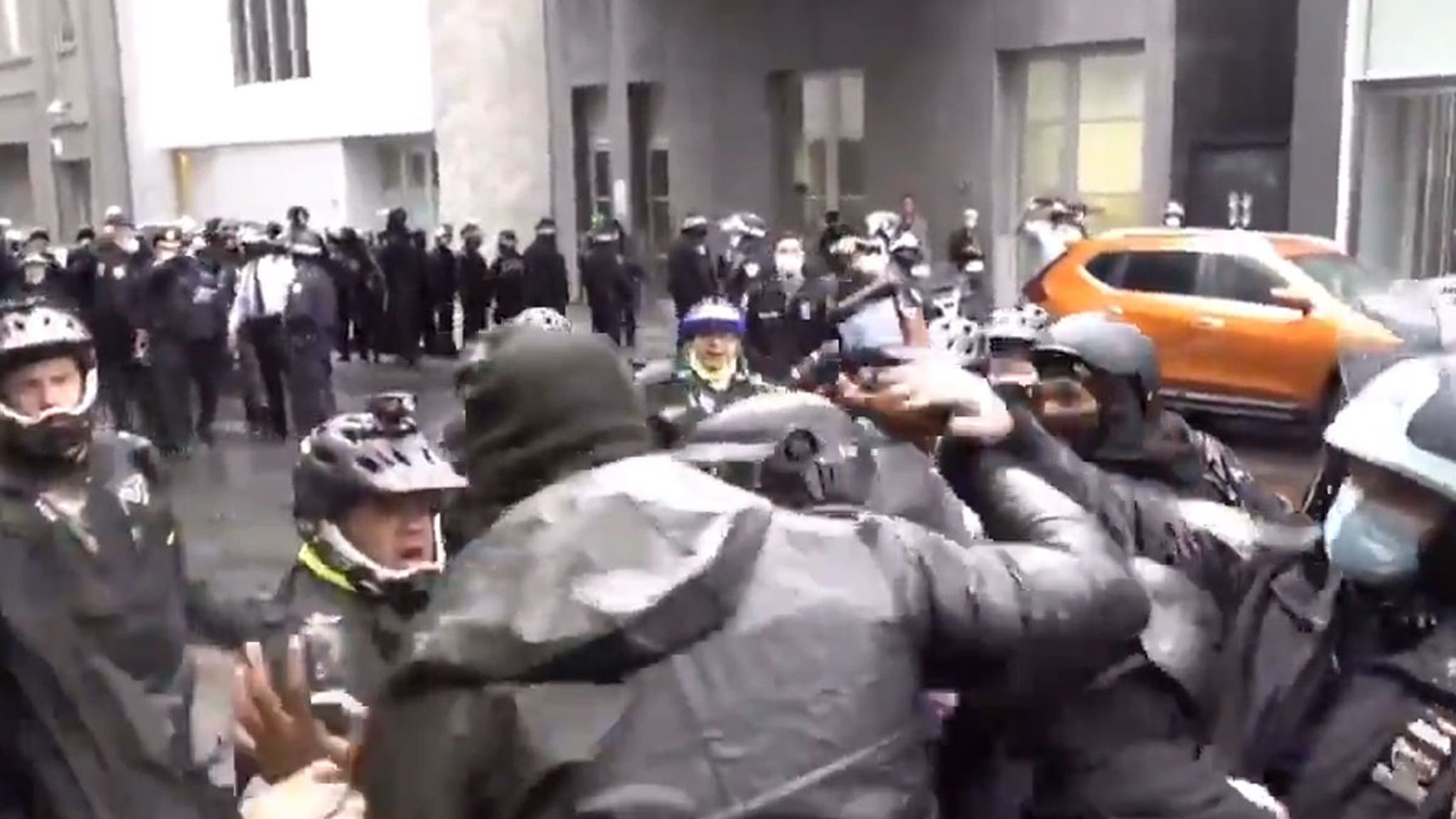 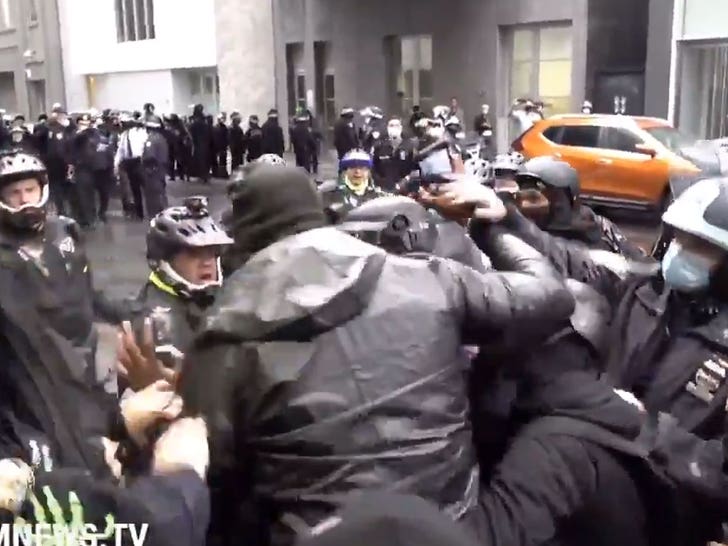 One of the co-founders of the Black Lives Matter chapter in New York was arrested this weekend … and the takedown is on video.

Hawk Newsome was on the front lines of a protest in NYC Sunday, where BLM demonstrators were reportedly facing off with Trump supporters in the streets … with cops in riot gear in the mix as well. At one point, Newsome came face-to-face with several officers.

The Founder of Black Lives Matter, Hawk Newsome, is seen arrested in this video with his hands up during a counter protest action in Chelsea, New York City today. pic.twitter.com/h6CR77mJlA

In the clip, it looks like he has his hands up and isn’t resisting or posing an immediate threat before a bunch of cops force him to the ground in an aggressive manner. After that, it appears a bunch of those same officers dog pile him while they try to throw on cuffs.

Law enforcement sources tell us … Hawk — whose real name is Walter — was arrested for misdemeanor obstructing governmental administration, as well as two counts of disorderly conduct. We’re told police gave him multiple orders to disperse because he and his crew were allegedly blocking traffic, but he refused to do so.

Our sources say Hawk also allegedly pushed the officers and told them to get their hands off him, which is what ultimately triggered the arrest. He was given a desk appearance ticket and released.

These protests have been ramping up in the past few weeks, on both coasts actually. Doesn’t seem to be a great sign of what’s to come on Tuesday, or anything after that.