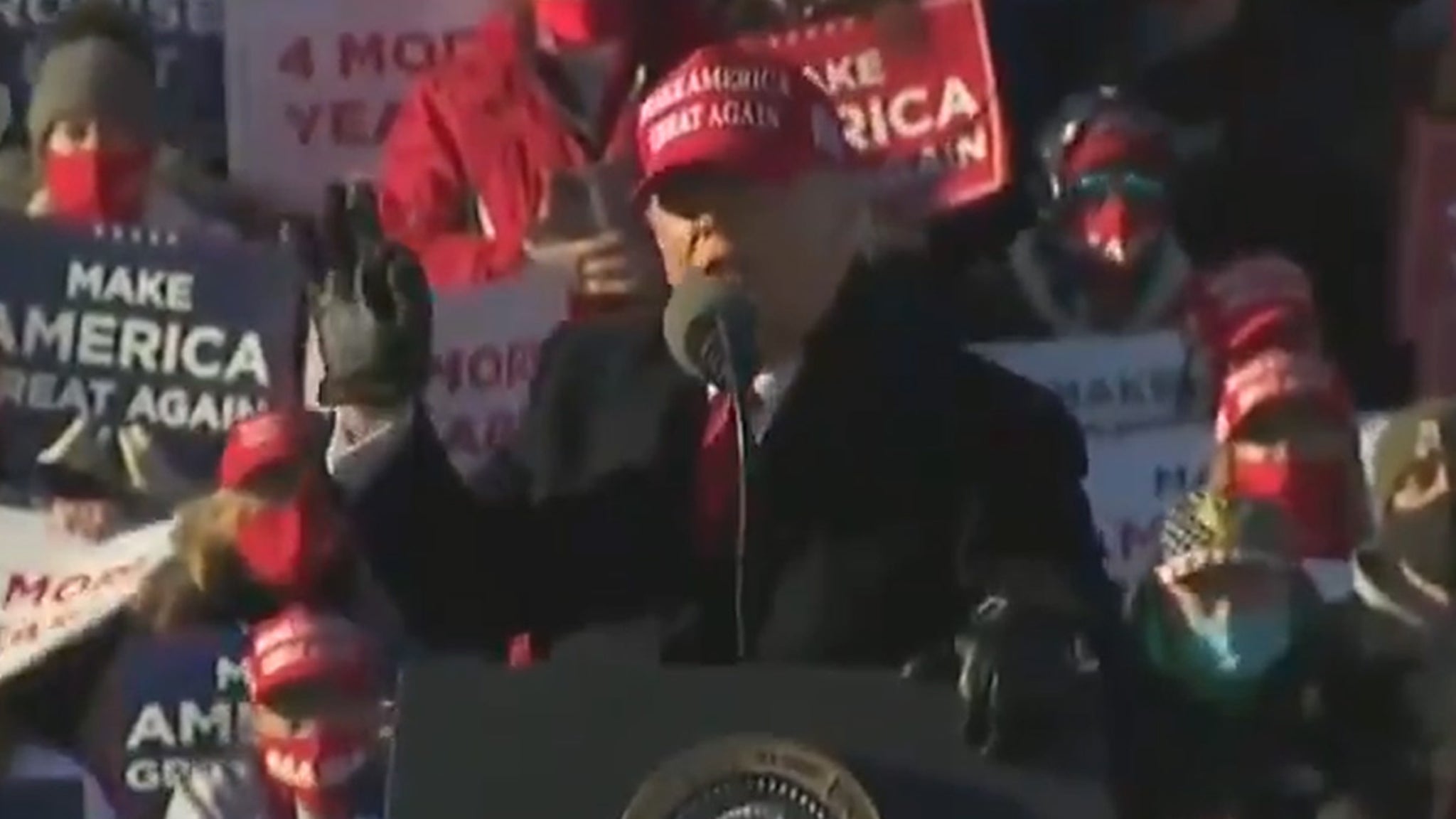 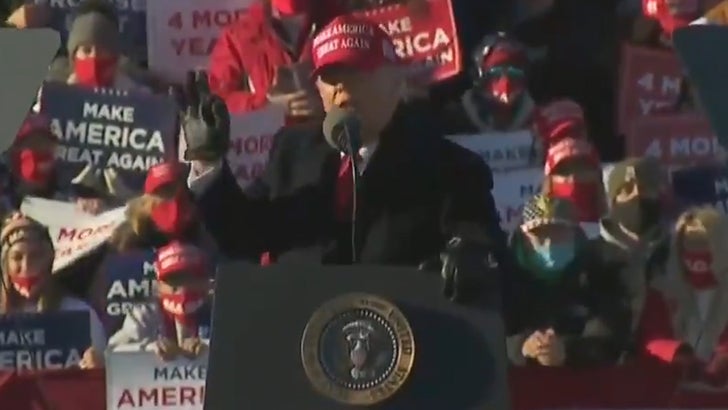 That’s the chant that rang out at a Donald Trump campaign rally in Pennsylvania on Monday … and #45 loved every second of it.

Trump was doing his usual anti-NBA thing … talking about how NBA ratings sucked this year and blamed the bad numbers on the social activism from players like LeBron James — and man, the crowd ate it up.

“How about basketball? How about Lebron? I felt badly for LeBron,” Trump said … “I felt very badly. Down 71% and that’s for their championship — I didn’t want watch one shot.”

Trump tried to change the subject to the NFL — but the crowd erupted in a “LeBron James Sucks” chant … and it got so loud, Trump stopped to acknowledge it.

LeBron and Trump have been going after each other for years — most recently, LeBron invited Barack Obama to appear on his show, “The Shop,” where they both stumped hard for Joe Biden.

Trump has previously referred to LeBron as “nasty” and a “hater.” LeBron has called Trump a clown and recently suggested that fly landed on Mike Pence‘s head at the V.P. debates because insects are attracted to poop.