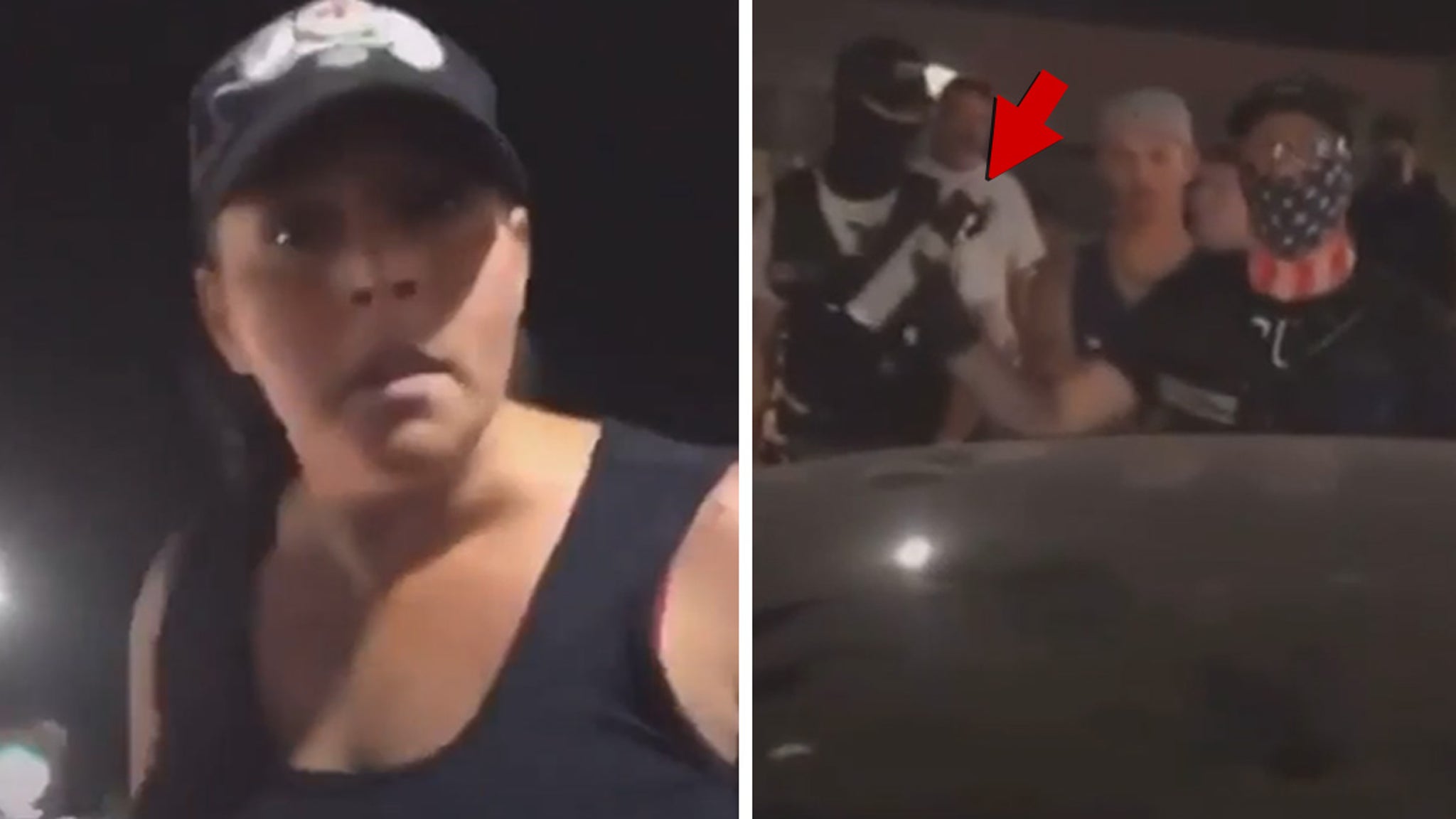 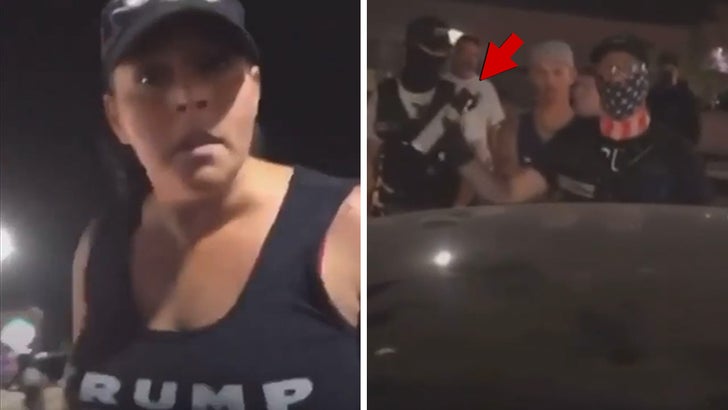 A woman was accosted and harassed by a bevy of Trump supporters … and her pleas to cops to do something — after someone allegedly sprayed bear mace at her — seem to have fallen on deaf ears.

Erika Harris recorded her run-in with the pro-President Trump group Sunday night in Bakersfield, CA … where she says several of their vehicles blocked her from leaving a parking lot.

As you can see, the angry crowd approached her car and demanded she get out while calling her vulgar names. You even hear one man call her the n-word.

As Harris got outside of her vehicle, she was confronted by a woman who appeared to try to take her phone. Another man appeared to be armed, but took off his weapons and gear … as he told her to “come get it.”

At one point in the video, a man’s seen spraying something into her car. She accuses him of spraying her and others with bear mace. When officers showed up, Harris told them about the mace, but none seemed eager to help. One said no crime was committed, and after a sardonic exchange … simply walked away.

Harris claims the pro-Trump folks have been protesting in her town for the past month, and she decided to set up a Black Lives Matter counter-protest nearby.

She says the night of this incident she was protesting in a different spot when the pro-Trump group showed up and harassed her. In the video, many of them can be heard yelling at her about BLM.