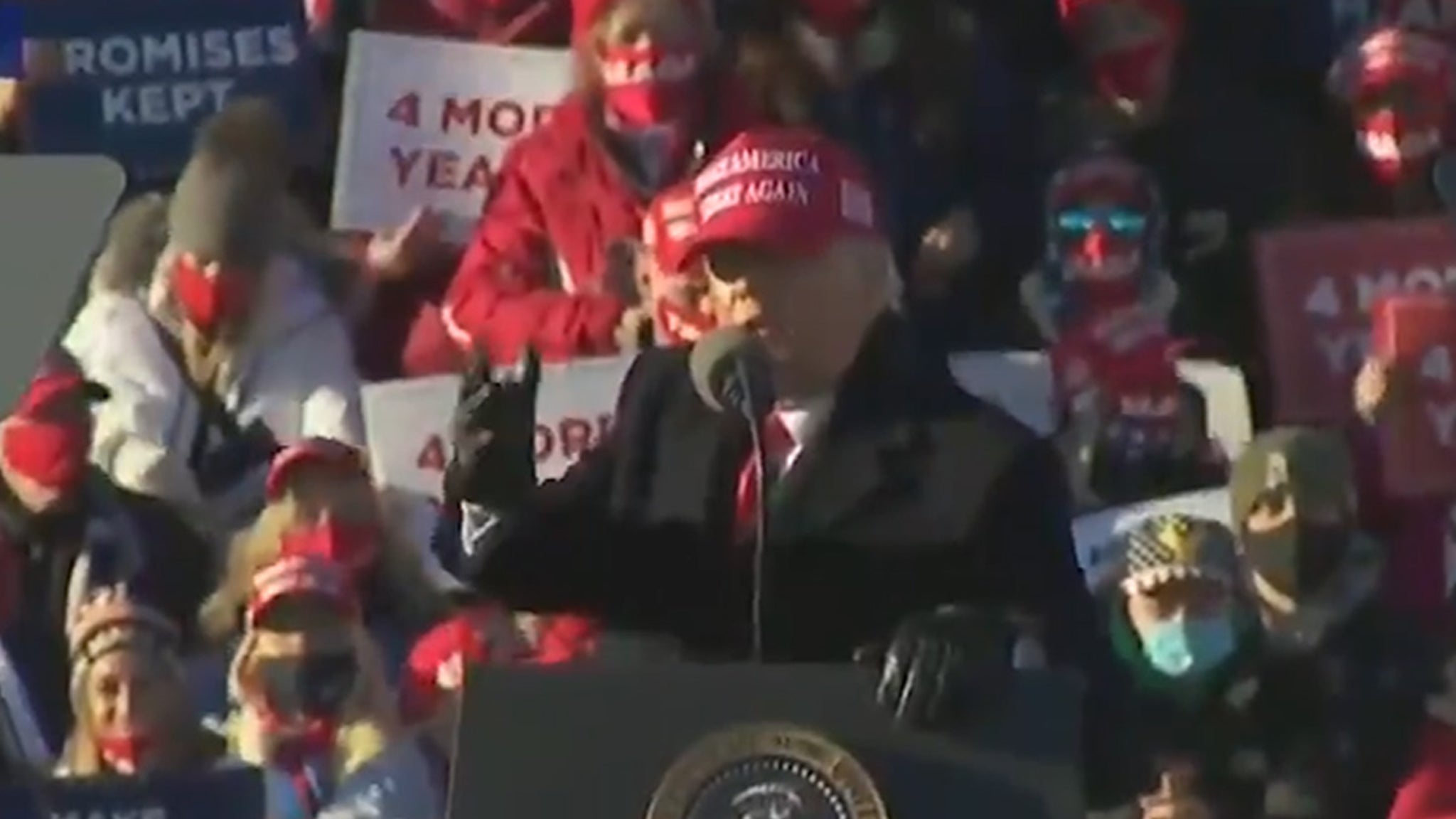 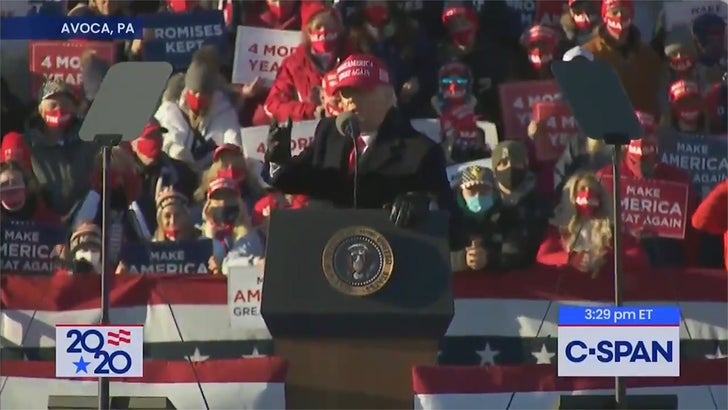 President Trump has a thought or two about big-name music acts who perform for Joe Biden these days — especially Jon Bon Jovi, whom he claims is a total brownnoser.

POTUS rallied Monday in Avoca, PA and talked about the fact Lady Gaga is set to perform for Joe Biden at a dueling rally in the Keystone State later today. He claimed to know “a lot of stories” about her, suggesting she’s not so “good” — whatever that means.

In 2016 the midnight before we elected Hillary Clinton as our 1st woman Pres, Gaga danced on a piano! Making history pic.twitter.com/lE4iSHuIMj

As you might’ve heard, Gaga’s doing a show for the Democratic nominee on the eve of the election … something she also did for Hillary Clinton, as well, back in 2016. Guess Biden’s not superstitious.

Trump also went after Bon Jovi, who performed at a Biden drive-in rally last week, and claimed the dude kisses his ass in private. Yep, the President actually said that.

BTW, Jon also performed for Hillary in 2016 — and in keeping with that theme … Trump even took some shots at Jay-Z, another one of Hillary’s marquee music acts that year. His performance was a little controversial at the time because he used explicit language.

He made sure to remind everyone about Jay dropping f-bombs … which apparently has DT clutching his pearls.

Trump doesn’t seem to have any musical guests lined up thus far for himself — which might not be that surprising. Considering his desire for PG-lyrics only … his new buddy, Lil Wayne, is probably off any list of potentials.