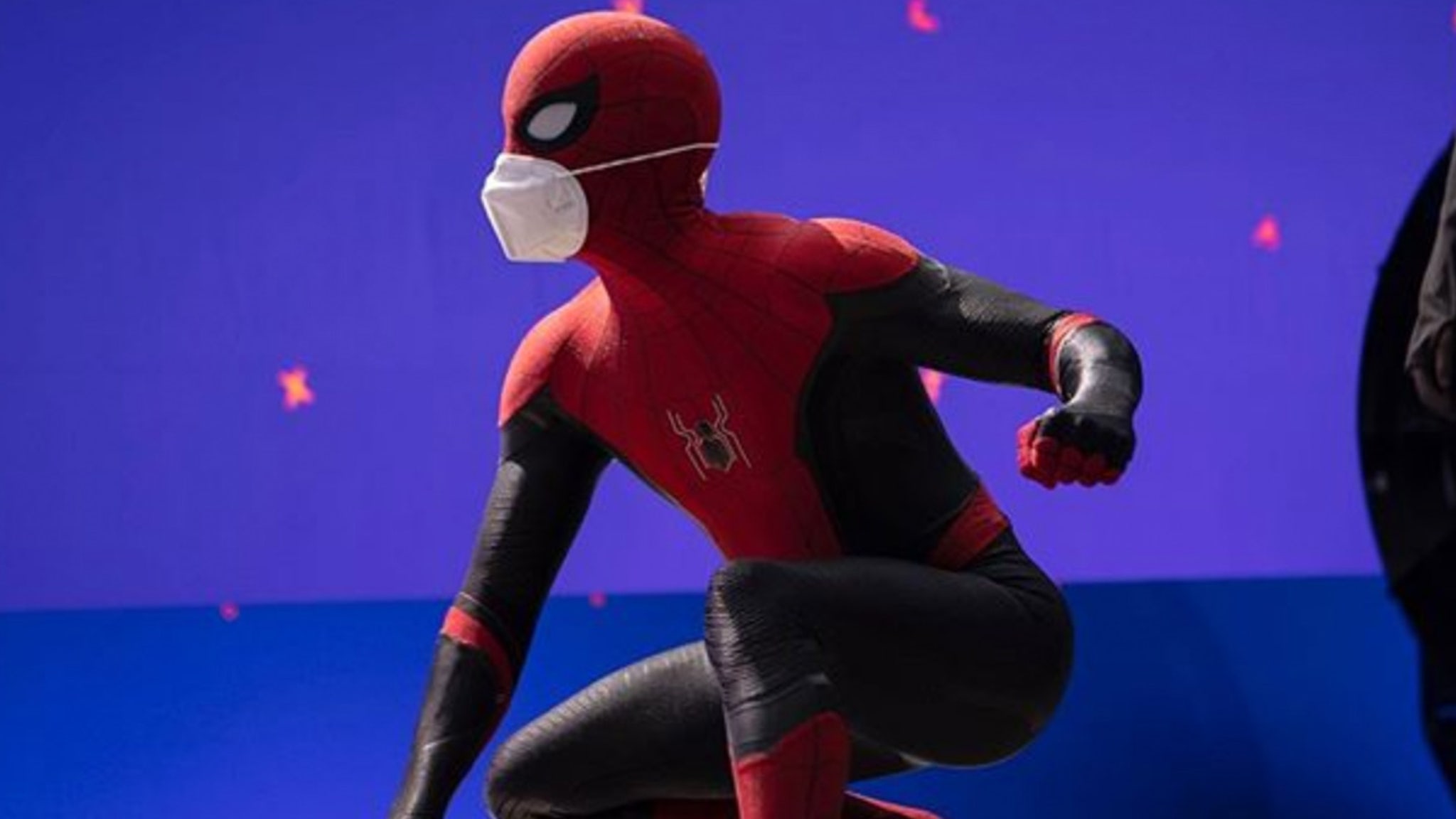 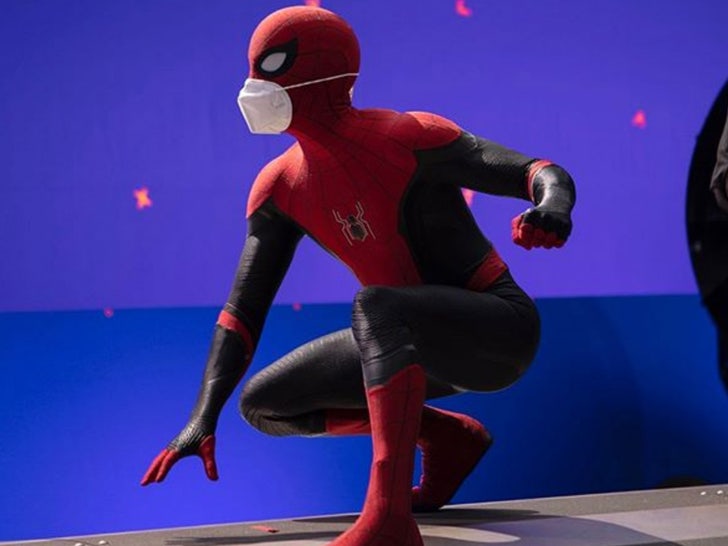 Spider-Man’s not taking any chances … he’s got a mask on over his mask, and he’s encouraging everyone else to follow his lead.

Tom Holland just whipped up a frenzy on social media with his latest post — not only is he promoting responsible behavior amid the ongoing COVID-19 pandemic … but he provided a first look at his character in ‘Spider-Man 3.’

Holland’s photo shows Spidey in an action pose, in front of a blue screen, wearing a medical facemask over his suit. Tom says … “Wear a mask, I’m wearing two…”

The pic’s also notable for another reason — it’s got diehard fans of the film franchise clamoring to find out who that is standing next to Spider-Man.

Holland and his costars — including Zendaya and Jacob Batalon — began filming the upcoming sequel in Georgia this week … though plot details of the Marvel movie have been kept under wraps.

It’s expected to shoot through the winter and be released in December 2021 … if everything goes according to plan.