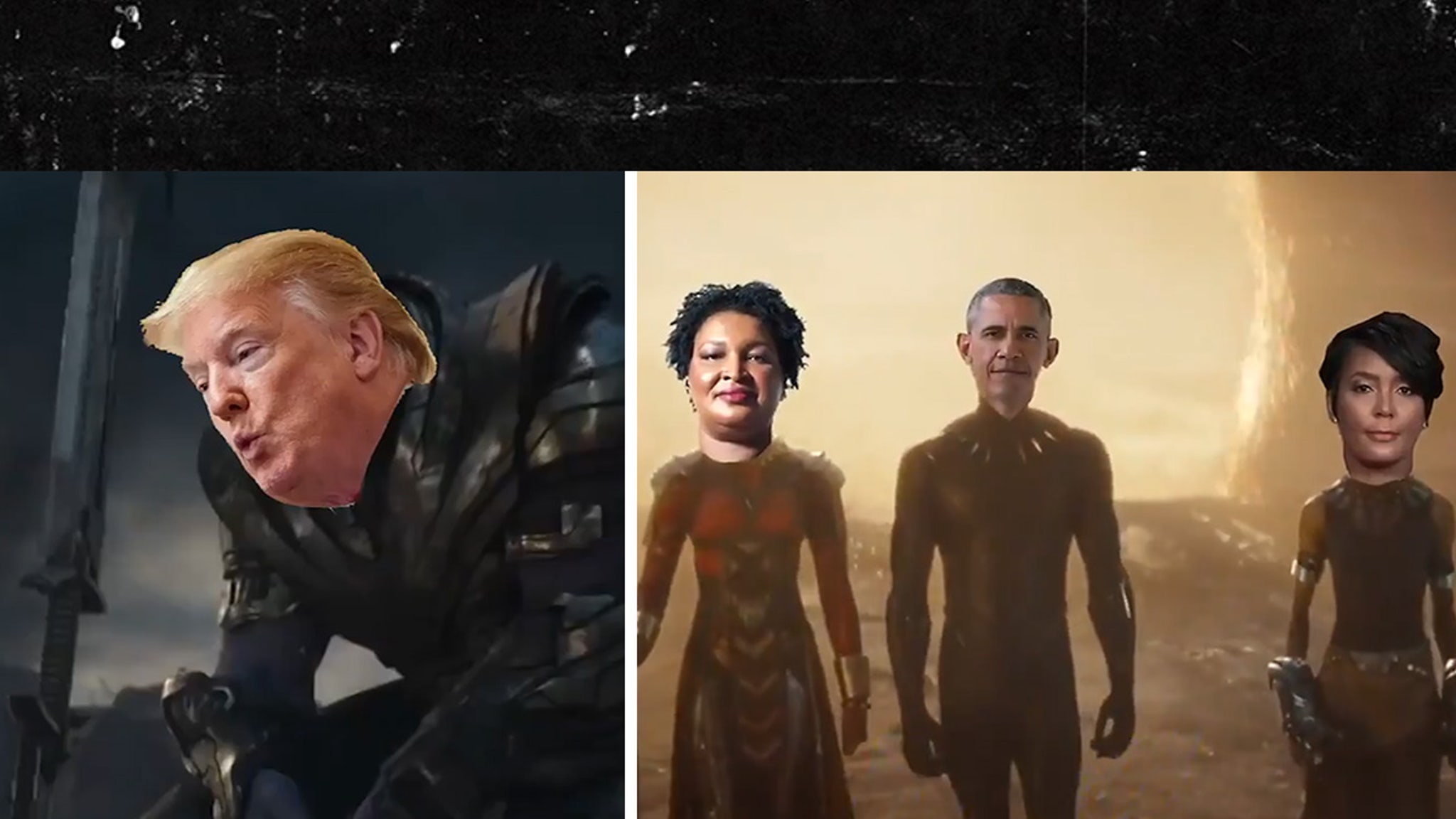 This has gotta be the best — THE BEST — messaging so far in the election … the reimagining of “The Avengers” … telling the story of an army of Joe Biden supporters who inspired millions to vote Donald Trump out of office.

It’s so good … you see the sun rise as Stacey Abrams, Barack Obama and Atlanta Mayor Keisha Lance Bottoms emerge from the shadows. As the video’s villain — yes, you guessed it — urges an end to the vote count, others emerge in their fight for democracy — Kamala Harris, Bernie Sanders, Elizabeth Warren, Pete Buttigieg, Corey Booker, AOC, Nancy Pelosi, Gretchen Whitmer and many, many more.

Writing this does not do the video justice. Just watch … it’s awesome!!!