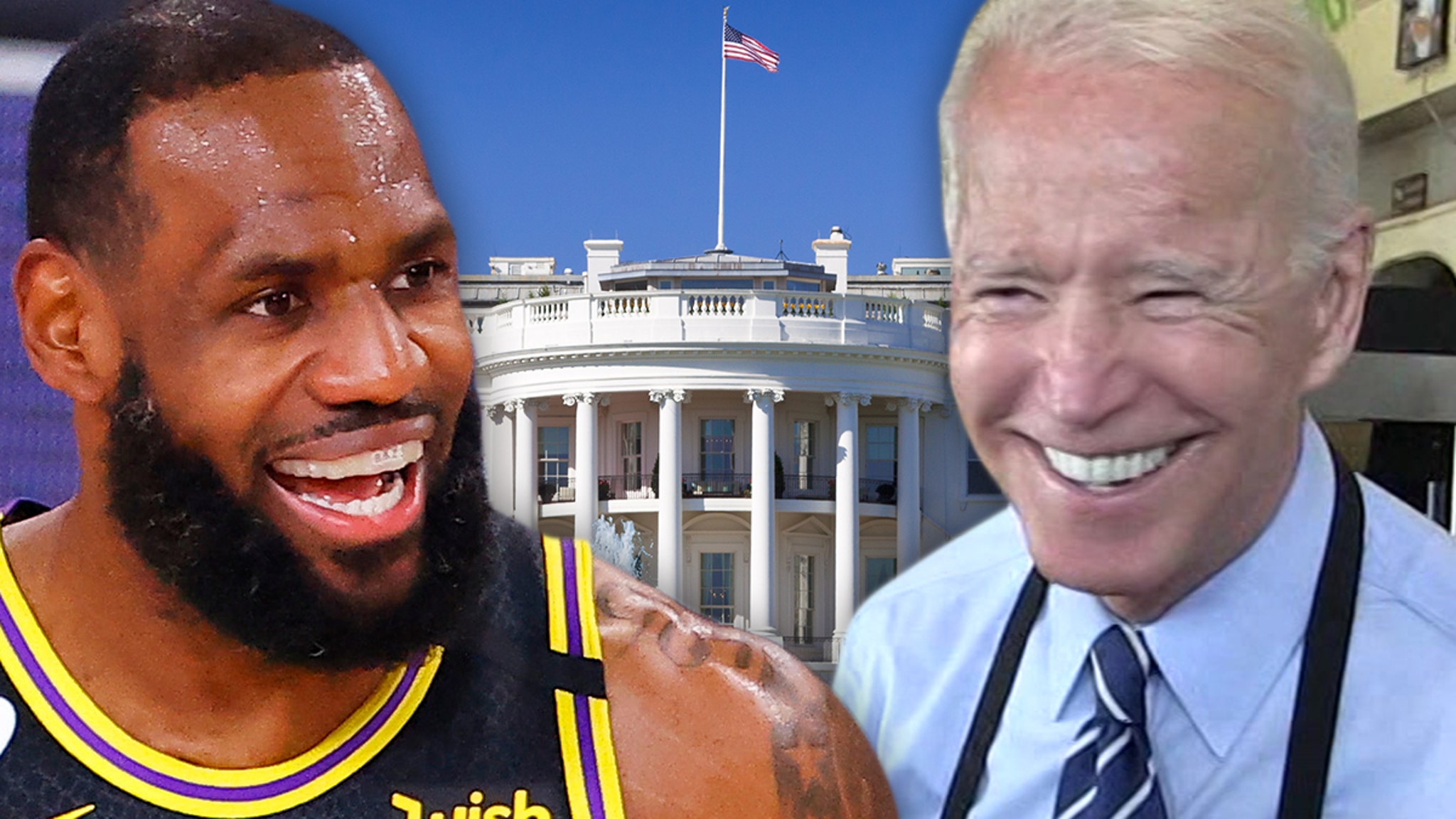 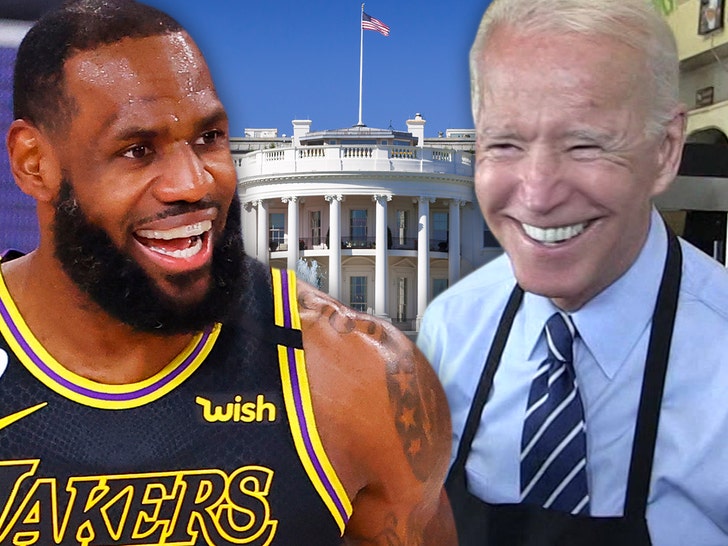 LeBron James says his White House boycott is over … and is 100% down to celebrate the Lakers championship with President-elect Joe Biden.

No NBA team has celebrated a title with President Trump since he took office in January 2017 — with the Golden State Warriors and Toronto Raptors each opting to celebrate elsewhere.

In fact, the Dubs celebrated with President Obama privately instead of going to the White House when they won in 2017.

King James praised the Dubs for the move … calling Trump a bum in the process.

Now that LeBron and the Lakers are champions, the question — will they go to 1600 Penn??

LeBron answered in a Twitter exchange with Draymond Green … saying now that Biden will be in office, he’ll return to the White House!!

LBJ responded, “YO we back up in there my G!!! I’m taking my tequila and vino too!”

One thing’s for sure … if the Lakers do end up going to D.C., they won’t be served Wendy’s and Chick-fil-A on silver platters.