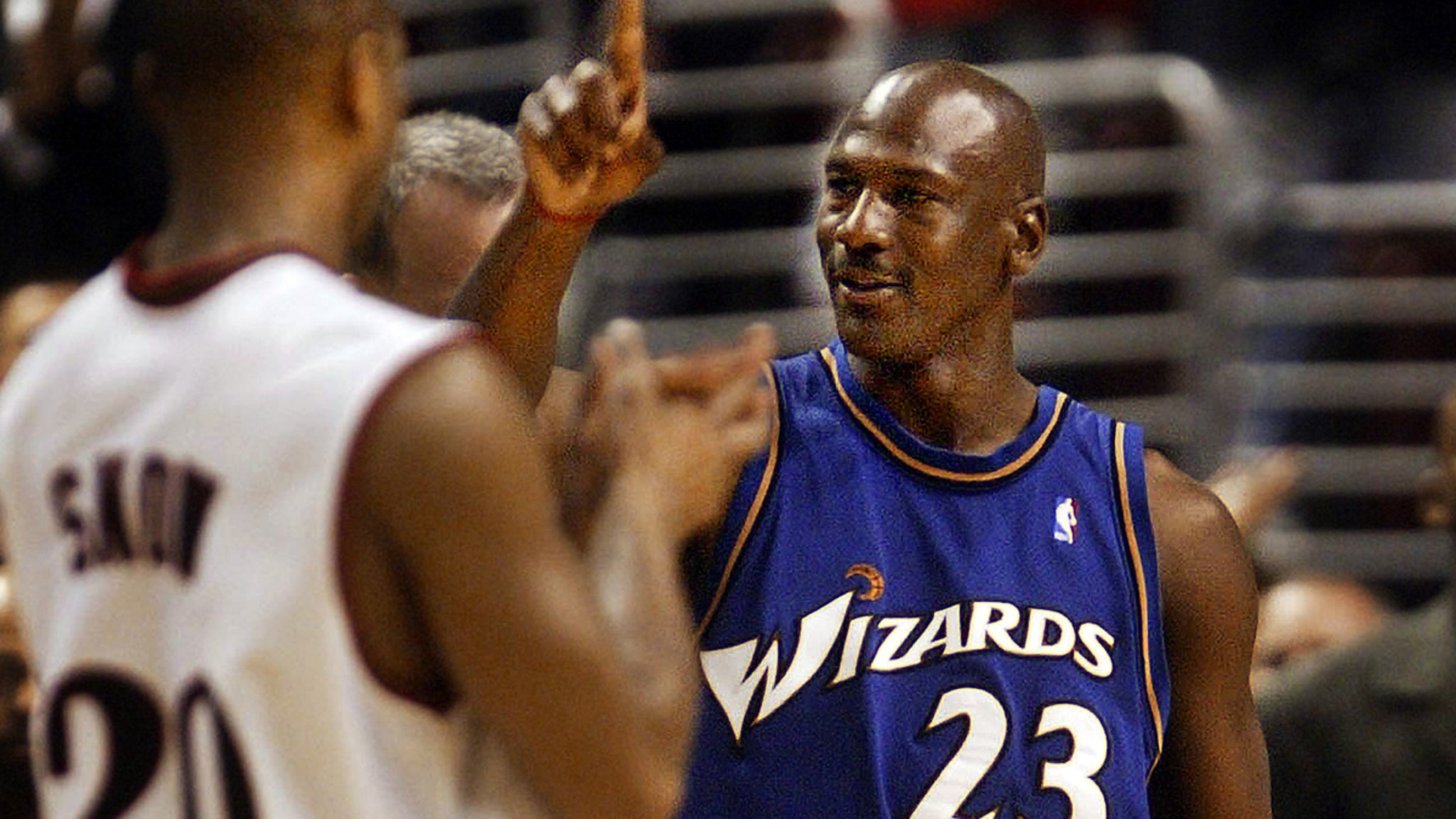 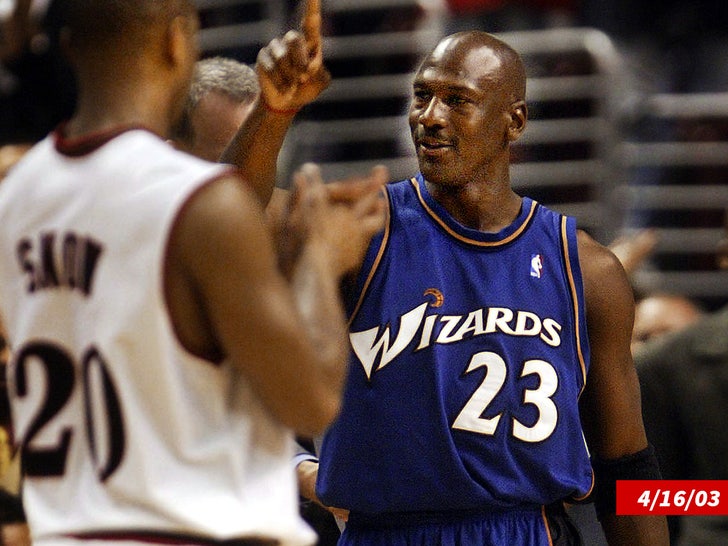 Michael Jordan‘s last piece of NBA laundry is hitting the auction block — the actual jersey from his final game … and it’s gonna fetch a TON of cash!

It’s MJ’s #23 away jersey from his final game with the Washington Wizards on April 16, 2003 … the last time Jordan stepped on the court as an NBA player.

39-year-old Jordan dropped 15 points with 4 rebounds and 4 assists against the Philadelphia 76ers that night — but it wasn’t enough to get the W. Final score, 107 to 87.

BTW, we’re also told Jordan rocked the jersey for the final 2 months of his NBA career — his final 14 road games.

The one-of-a-kind jersey is about to hit the block at Goldin Auctions … and GA tells us they expect the threads to bring in over $500,000!!

As for where the jersey — which Goldin says has been photo-matched to ensure authenticity — came from … well, it’s a pretty cool story.

Back in 1984, Jordan befriended the owner of a limousine service … and the 2 men became close.

MJ gifted the jersey to the guy who held on to it for years — but he has now decided to part ways with the item. 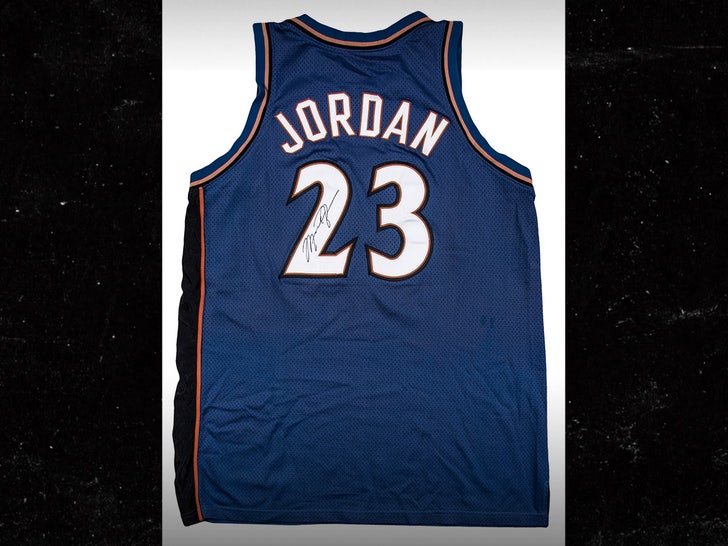 The Jordan jersey is part of a larger collection of rare MJ items hitting the auction block — including a pair of signed, game-worn, Air Jordan 1’s from Michael’s 1984-1985 season. GA also has MJ’s signed, game-worn minor league baseball jersey from the Birmingham Barons.

All the Jordan stuff — valued at over $1 MILLION — hits the auction block on November 23 … good luck!!