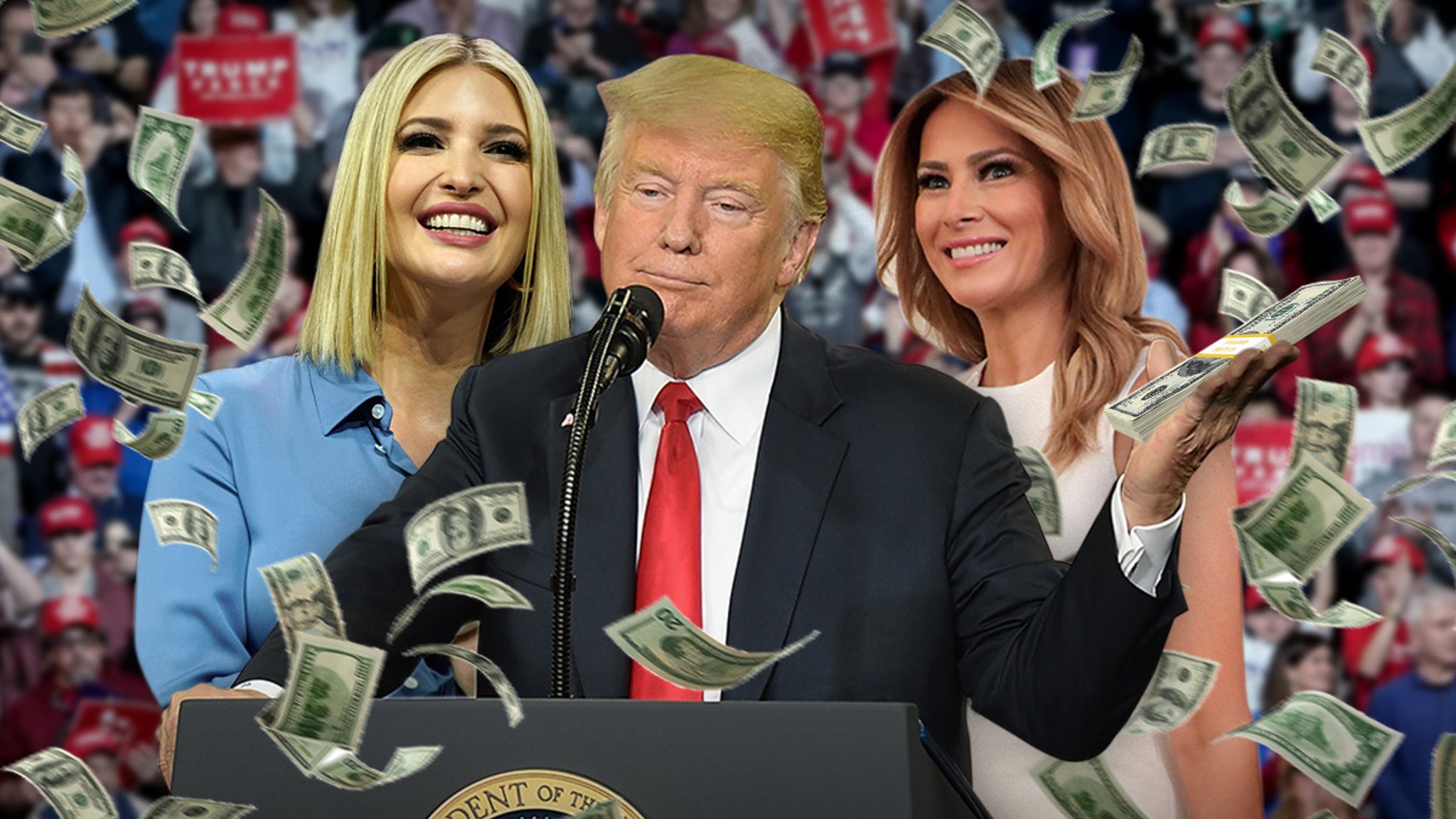 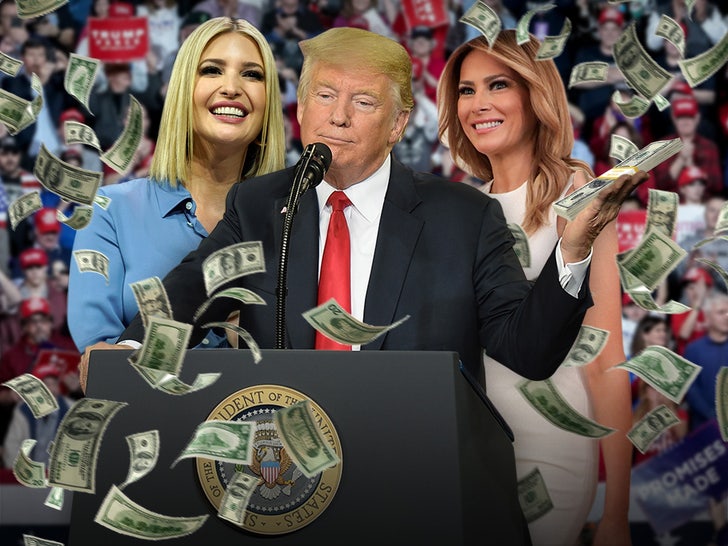 Donald Trump‘s got a new way to pay off his massive debt after leaving the Oval Office … there are huge sums to be made for speaking engagements.

The 45th President of the United States would easily command upwards of $1 million to speak in front of crowds in America and overseas … according to folks who help celebs get such deals. Trump could make even more abroad, where his booking fee could reach as high as $2 million.

Lots of famous folks get paid huge sums to speak, and Trump will soon be in high demand … as will Melania and Ivanka, once the whole lot is out of the White House.

Heavy hitters in the biz tell us Melania will fetch between $75k and $125k to speak in the U.S. and between $125k and $175k abroad. Those estimates assume she stays married to DT, and we’re told they would increase if she ever divorces him or writes a tell-all book. How’s that for added incentive?!?

Ivanka, we’re told, will command the most among Trump’s kids … in part because she was already a published author with her own product lines before entering the White House. Ivanka should rake in between $75k to $100k to speak in the States, compared to $100k to $125k internationally.

Sorry, Don Jr., Eric and Tiffany … we’re told they’re only gonna rake in about $75k to speak in the U.S. and there’s unlikely to be an international market for them. It’s peanuts compared to papa.

Trump will be an easy sell in America, where over 72 million people just voted for him … and industry insiders expect him to mostly appear at Republican or right-wing events. Internationally, we’re told Trump will likely have his first few speaking engagements in places where he’s got lots of friends, like Israel and Russia.

The speaking engagements for Trump and his family will likely be very thick on NDA’s, we’re told, and the agreements would allow Trump to prevent speeches from being recorded.

The money’s there for speaking engagements, but we’re told PR firms and talent agencies aren’t lining up to sign the Trumps as clients … they fear it would piss off existing clients and spark a mass exodus.

Trump loves the bottom line, and he’s also gonna like this … we’re told he will get first-class accommodations and golf trips wherever he gets paid to speak.

Life after the presidency doesn’t sound so bad after all.