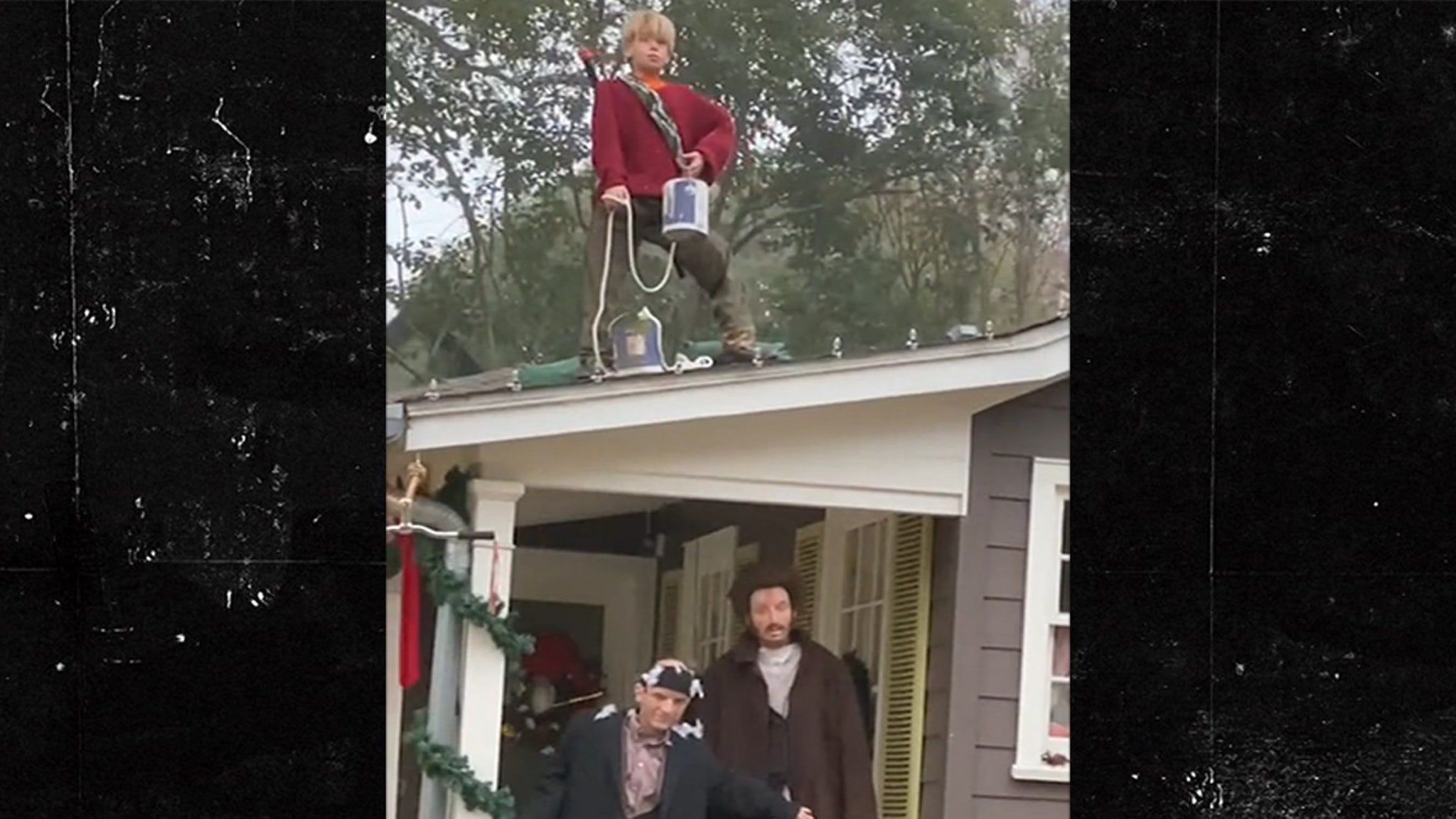 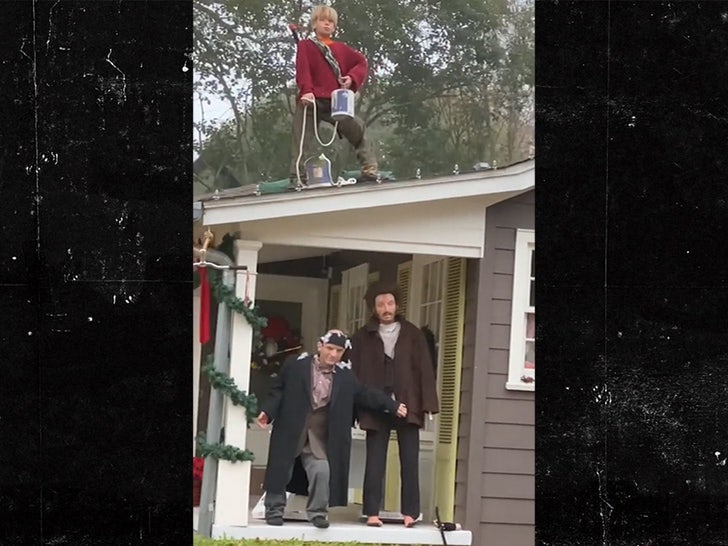 The Wet Bandits are once again being chased off a property by young Kevin McCallister this holiday season … because somebody went to extreme lengths to bring ‘Home Alone’ to life at their own crib … almost quite literally.

The house in question is decked out in perhaps the most EPIC Christmas decoration set-up ever … with this home-owner going above and beyond to recreate some of the most iconic scenes and snapshot moments from Macaulay Culkin‘s 1990 comedy classic.

They even have life-size figurines of the three main characters — little Kevin’s up on the roof with his memorable paint can booby trap … while Marv and Harry try to make a run for it from the porch below. Not exactly how things played out in the flick, but close enough.

If you’ll recall, Kevin actually throws the paint cans from inside the huge Chicago-based McCallister mansion, tossing ’em over the stair banister and hitting each crook in the head to send them toppling back down to the first story.

There’s more décor from the movie all over the house — including the Michael Jordan cardboard cutout that Kevin used to make the bandits think someone was home … plus the front page of the newspaper showing that Marv and Harry had escaped from prison. Whoever shot this also had the good sense to throw Brenda Lee‘s ‘Rockin’ Around the Christmas Tree’ as the background music … a prominent song featured in ‘Home Alone.’

Oh, and who could forget the classic line from the fake noir film Kevin used to scare people — like an unwitting pizza boy — as well … ‘Angels with Filthy Souls,’ which had the best tagline ever?!? That makes a cameo here too, in spirit (and signage).

Merry Christmas, ya filthy animal!!! Ah … that never gets old.