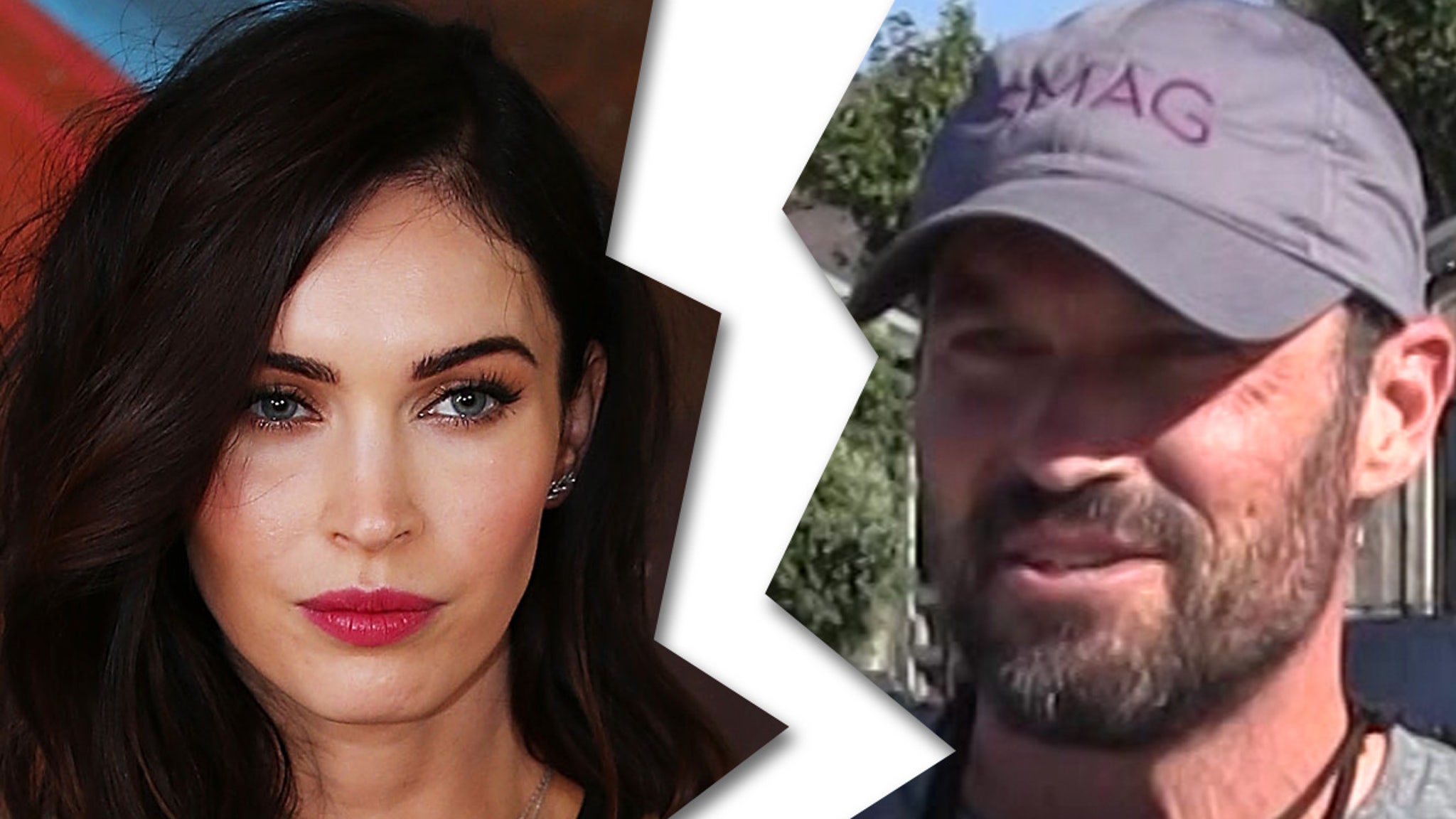 The actress filed her divorce docs Wednesday after nearly 10-and-a-half years of marriage to the ‘90210’ star. In the docs — obtained by TMZ — Megan asks for joint legal and physical custody of the couple’s 3 kids and wants to terminate the ability for either her or Brian to get spousal support.

Brian filed a response agreeing to almost everything, he’s checked the box for spousal support to still be on the table. Neither has indicated anything when it comes to child support.

There’s also a major discrepancy when it comes to their date of separation. Megan says they were done in November 2019 and Brian lists March 5, 2020.

Brian and Megan got married back in June 2010 in Hawaii, and have 3 kids together … 8-year-old Noah Shannon, 6-year-old Bodhi Ransom and 4-year-old Journey River.

If ya haven’t heard, Megan and MGK met on the set of “Midnight in the Switchgrass” earlier this year in Puerto Rico. As you’ve definitely heard, they REALLY hit it off … since the movie, she’s also starred in one of his music videos and they’ve been seen together all over Los Angeles.