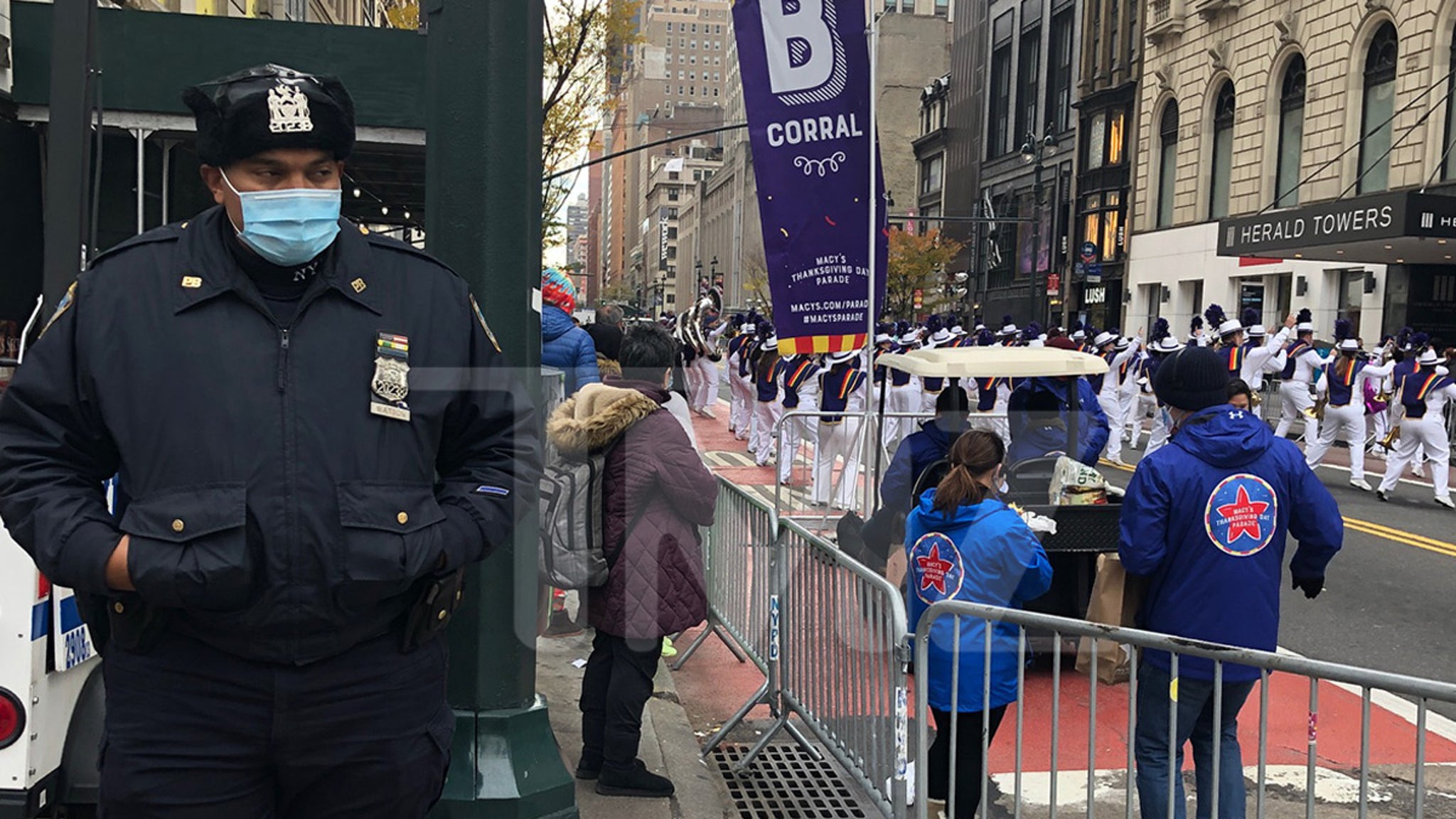 The NYPD is doing its best to stop the Macy’s Thanksgiving Day parade from becoming a super spreader event — cops are posting up around the parade route to make sure large crowds don’t form.

The turkey day tradition is now a shortened parade stretched over 3 days, and with pre-taping going on Tuesday and Wednesday, police are busy standing guard for trouble and herding folks along.

As you can see, there’s a ton of barricades set up on the blocked-off side streets around Macy’s flagship store, where most of the pre-taping is going on … and cops are holding the perimeter.

Police are making their presence known, but a high-ranking NYPD official tells TMZ the police detail for the parade has been slashed by 80 percent from last year, which is a huge cut. The reduction in force, we’re told, is because the parade is much smaller.

We’re told NYPD is not expecting any large crowds or any trouble, believing most people will be smart and shy away from gathering to watch pre-tapings … but if people do come to watch, cops will educate them about crowd dangers in a pandemic and move them along.

So far, things seem to be running smoothly as Macy’s tackles a new-look parade, which is essentially only the final section of the usual 2.5-mile route.

Honchos at Macy’s tell us there haven’t been any issues pre-taping floats, balloons, Santa Claus and performers on the side streets around the flagship department store … thanks in part to the secure perimeters. Organizers didn’t telegraph where they were filming, which also helped prevent crowds from forming.

Macy’s says Thanksgiving Day will see a live show outside the flagship store anchored by Savannah Guthrie, Al Roker and Hoda Kotb during a shortened parade … and we’re told there will be a larger police presence.

Bottom line … Macy’s is hoping folks stay home because of the pandemic, but there are cops standing by to handle any issues that crop up.