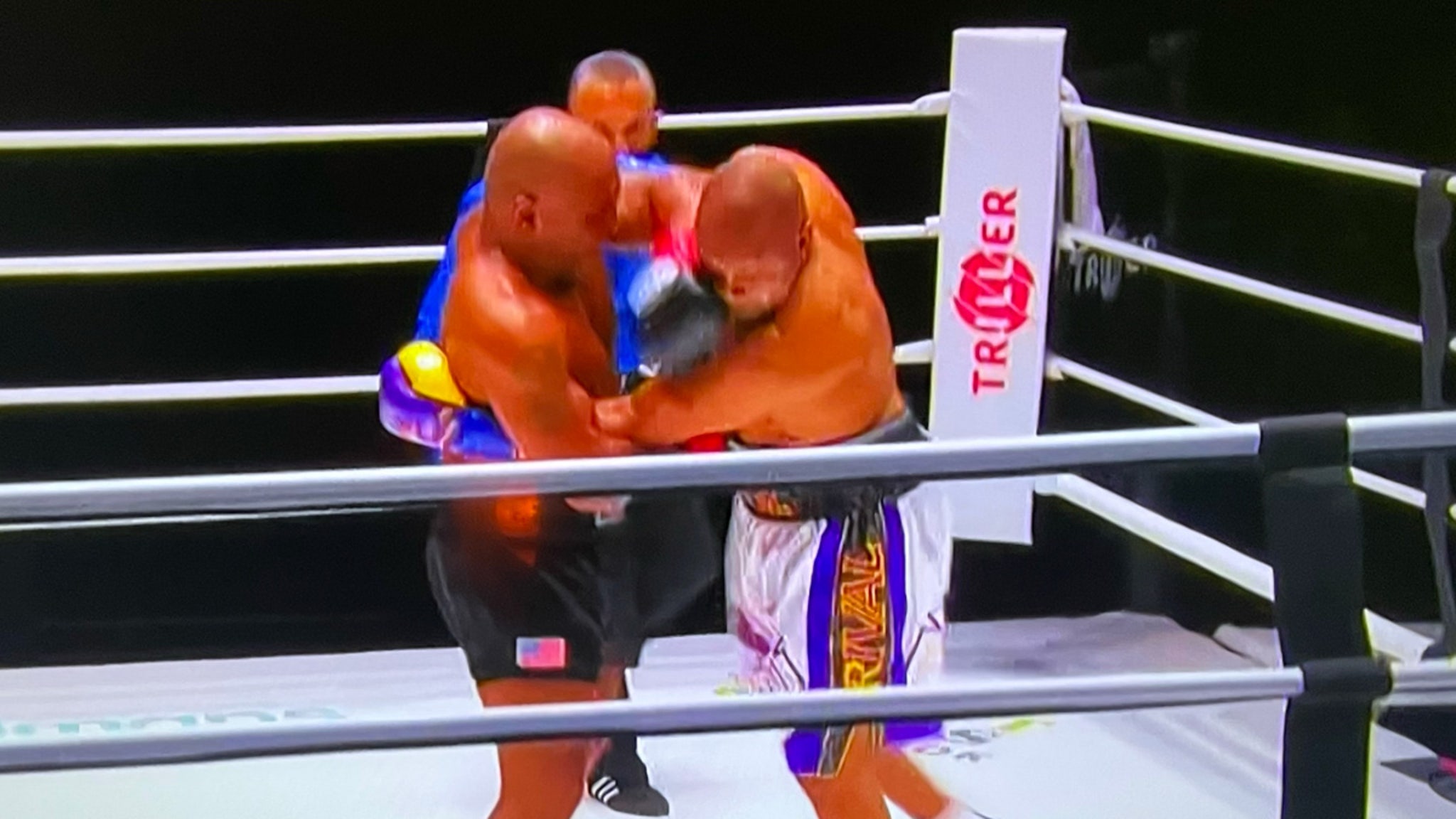 54-year-old Mike Tyson and 51-year-old Roy Jones Jr. just fought to a DRAW — in one of the most impressive performances by two fighters in their 50s EVER.

The showcase of skill, power, athleticism and boxing smarts was just amazing. No knockdowns. No violent knockout. But what an incredible performance from two legends.

The fight was technically an “exhibition” — which means it wasn’t sanctioned by the California State Athletic Commission and won’t count on their professional records … but it was scored for fun by three judges from the WBC (World Boxing Council), who ultimately saw it as an even fight.

“I’m good with a draw, the crowd was happy with it,” Mike said after the fight.

#TysonJones is scored a draw! 👀

Mike Tyson agrees.
Roy Jones Jr not so much… 😂 pic.twitter.com/XgwOyyQx3W

Roy noted Tyson still hits like a truck — but added, “We gotta do this again!”

The takeaway is this — both guys look like 50-year-old versions of themselves … but we mean that in the best possible way.

And Mike Tyson looks like a 54-year-old version of an athlete not from this earth … the speed, the body movement, the power — he’s like a hurricane in short black shorts.

No knockouts in this fight … but man, was this an impressive performance from two legends.

And to think Tyson hasn’t fought in 15 years — combined with all of the the issues he’s had since the last time he stepped in the ring — it’s just mind-blowing.

“Man, I’m proud of both of these brother tonight,” Snoop Dogg said during the 7th round.

By the way, Snoop was AWESOME as a fight announcer — adding humor and excitement to the whole event.

After the fight, Mike and Roy showed nothing but love and respect for each other.