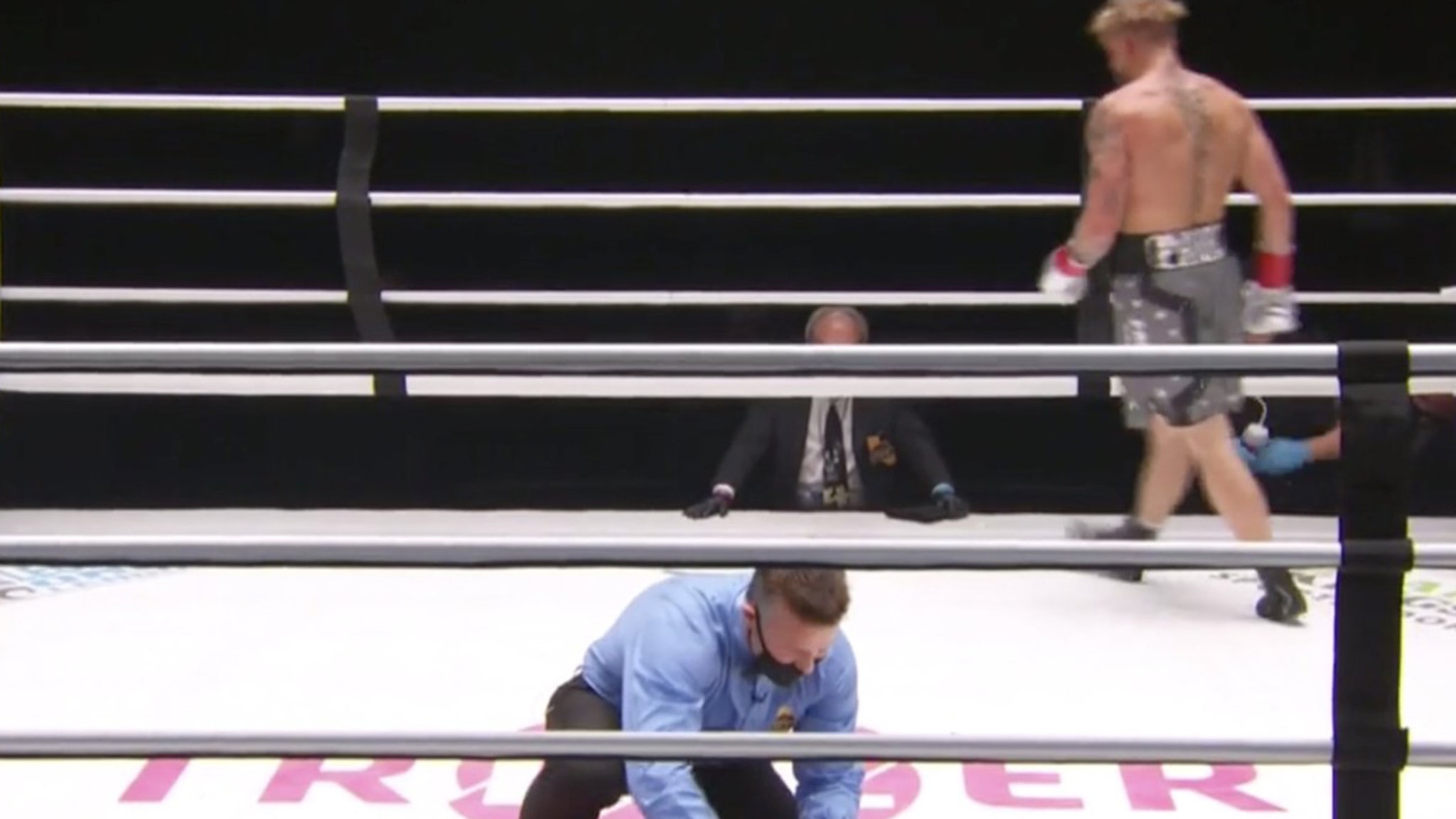 23-year-old Jake was in control the entire fight Saturday night — knocking Nate down once in the 1st round — and twice in the 2nd.

But there was no getting up from knockdown #3 — Paul hit him with a nuclear bomb right on the button.

36-year-old Nate eventually got up — but the former NBA star needed some help off the canvas.

Paul only landed 8 punches in the fight … but he made ’em all count.

Snoop Dogg was announcing the fight and cautioned other athletes looking to get in the boxing game — “You don’t play boxing.”

After the fight, Paul praised Nate during a post-fight interview with Jim Gray … “He was better than I expected … I wanted to say thank you to Nate.”

“It takes a lot of balls to step in the ring and I dont want to take anything away from that.”

After the fight, Nate called out Conor McGregor — telling Jim Gray he wants to stay in boxing for a long long time.

Paul is young, exciting to watch and becoming a real draw. He might stick around while.