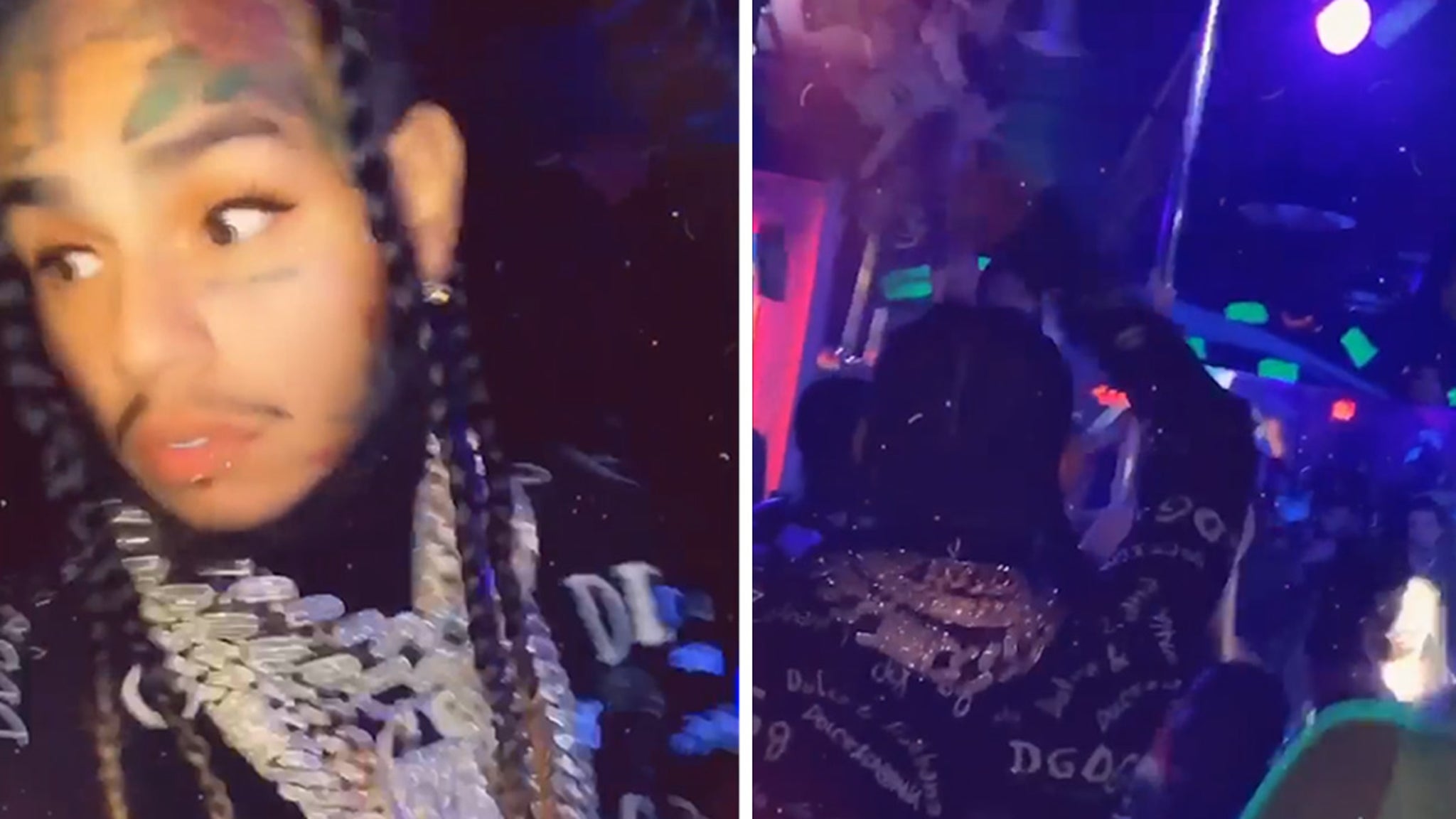 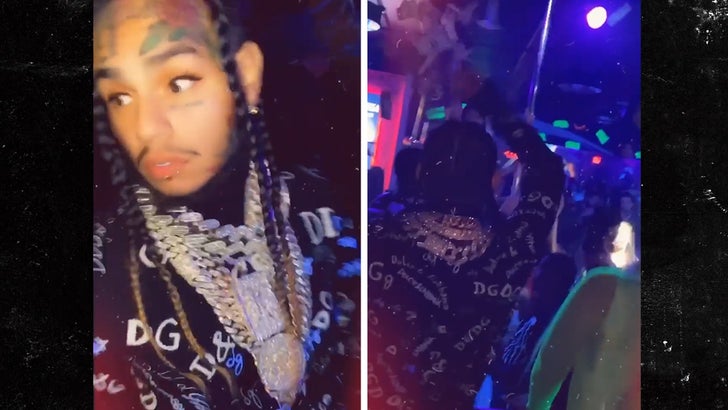 Tekashi 6ix9ine had deep concerns about COVID when he was in prison, which is why he got out early … but those concerns have evaporated in a big way, ’cause dude hit a packed strip club … and didn’t seem too concerned anymore about catching the ‘rona.

The New York rapper celebrated his girlfriend Jade‘s birthday Sunday by walking into a gentleman’s club with two human-size sacks full of cash … which he and the crew dragged over to a VIP section and started unloading singles on dancers.

Based on what we can see … it looks like they might’ve rolled in there with upwards of $200k on hand — at least that’s what Jade’s claiming.

Speaking of her, 69’s GF documented much of their good time on IG — where she was seen wearing a body-hugging, green bodysuit … while Tekashi was decked out in all black with a ton of bling and a new mustache. One thing they weren’t seen wearing at all … face masks. Nobody in the video seems to be rockin’ one.

We should note that it looks like they were somewhere in Florida here — just the night prior, there were reports that 6ix9ine and co. had been spotted in Miami.

It’s perfectly legal there to be up in the club right now — even without face coverings, although it’d be wise to wear one. That said … it’s funny how Tekashi’s urgent fears of catching COVID-19 just earlier this year have vanished.

You’ll recall … part of the reason why Tekashi was even allowed to finish his sentence from home was because he cited asthma and other underlying conditions he claimed made him susceptible to contracting the disease from inside prison walls — and a judge believed it and let him out early.

And, just like that … the fear went away, much like this virus will (or so they say).