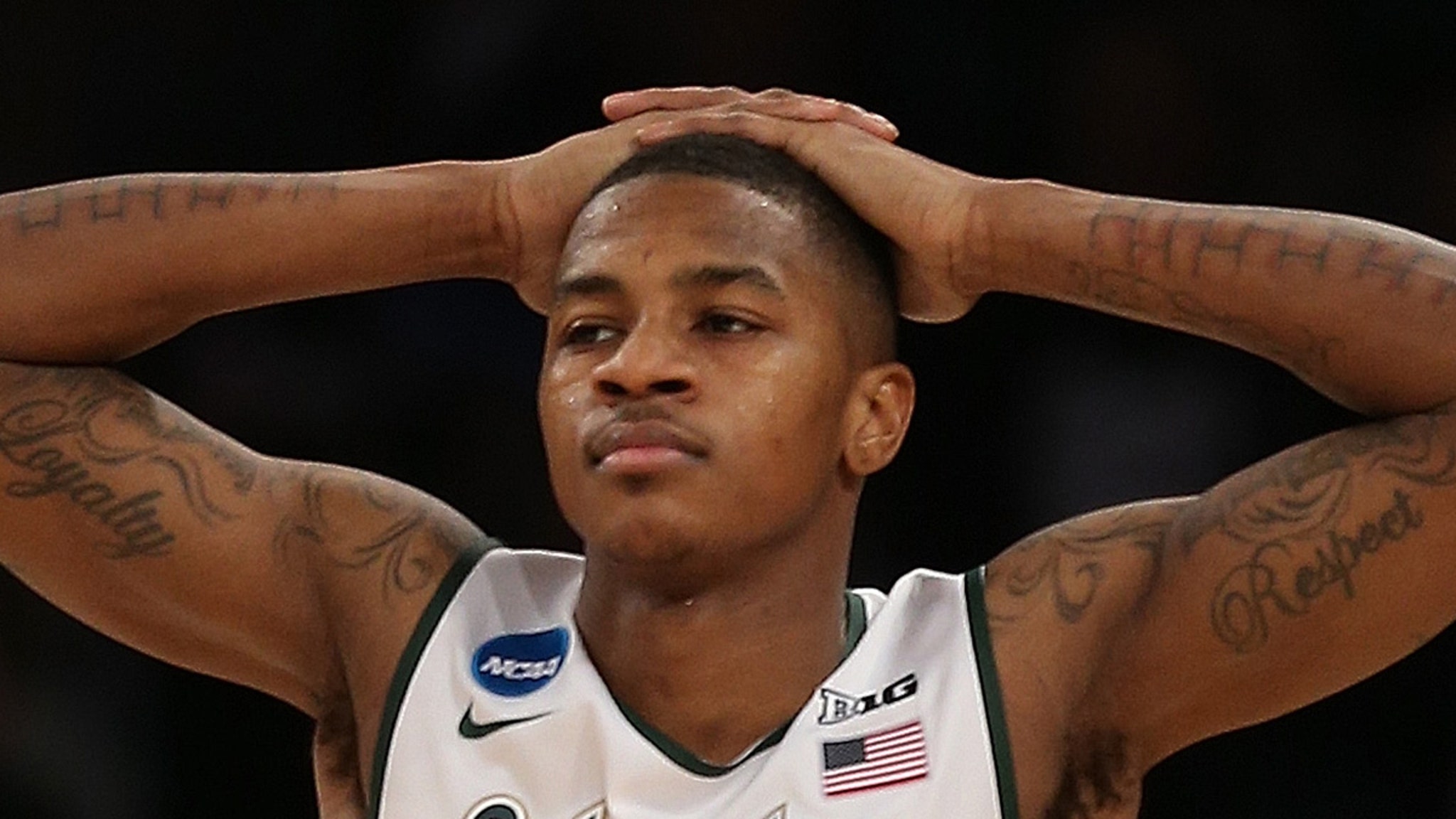 Ex-Michigan State basketball star Keith Appling — who led the Spartans to the Elite Eight in 2014 — was sentenced to 18 months probation, stemming from a heroin arrest back in February.

Cops say the 28-year-old was stopped in Warren, Michigan on Feb. 8th after officers spotted his car weaving all over the road.

After he was pulled over, cops say Appling appeared sweaty and woozy — so they searched the vehicle, and turned up 19 grams of heroin (about the size of a golf ball) in a sandwich bag.

The former hoops star was charged with “delivery or manufacture of less than 50 grams of a controlled substance” — and plead guilty to the charge back in October.

Appling appeared in court Monday over Zoom — where he was sentenced to 18 months probation.

The terms of his probation include no drugs or alcohol, he must be employed 30 hours a week and must complete a treatment program, according to the Detroit Free Press.

Appling was one of the high school basketball players in the country back in the day — he was named Michigan’s “Mr. Basketball” in 2010 as the state’s top player.

He spent 4 years at MSU where he became one of the top players in school history. He had a cup of coffee in the NBA in 2016, but has since been playing overseas.