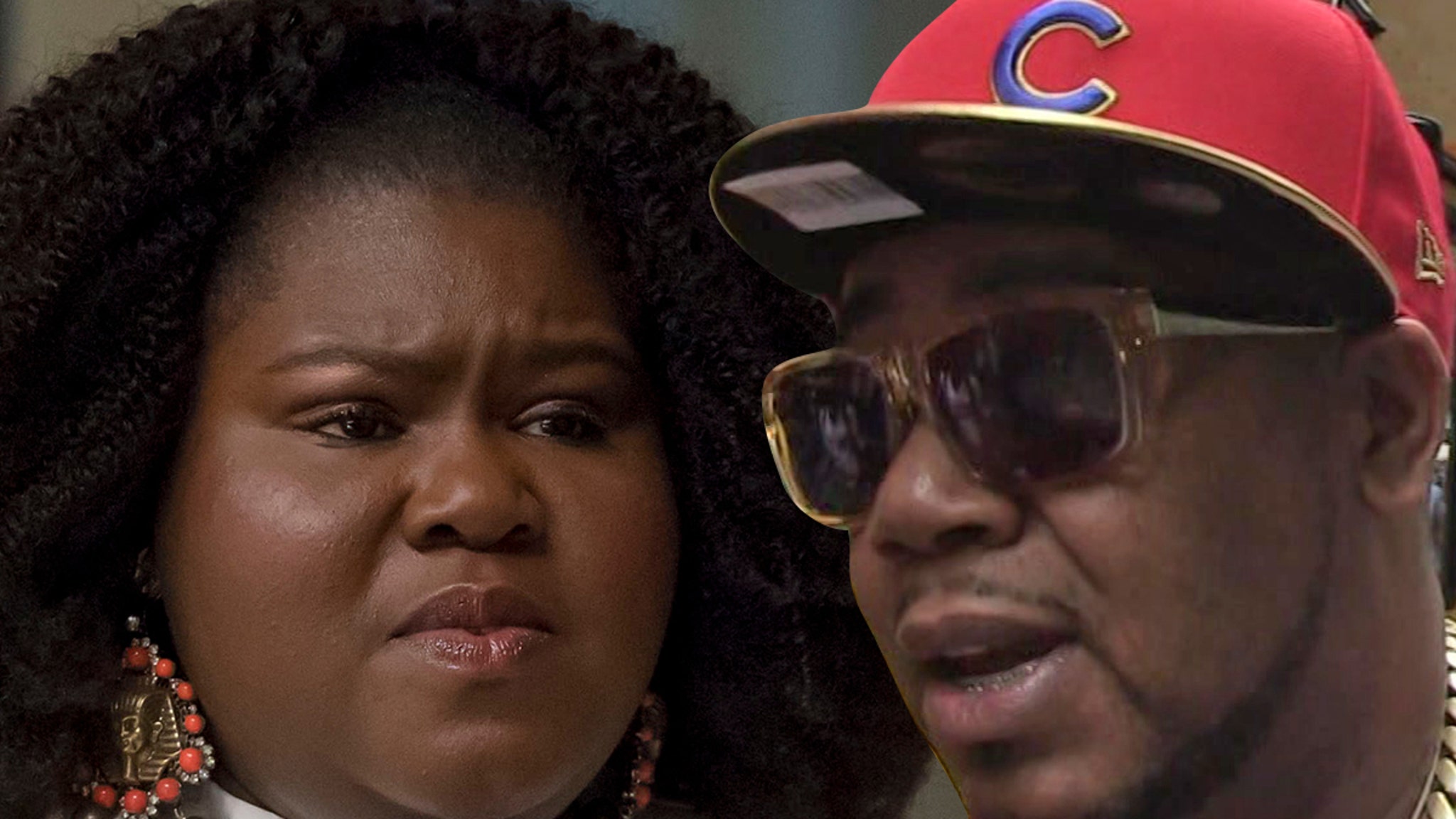 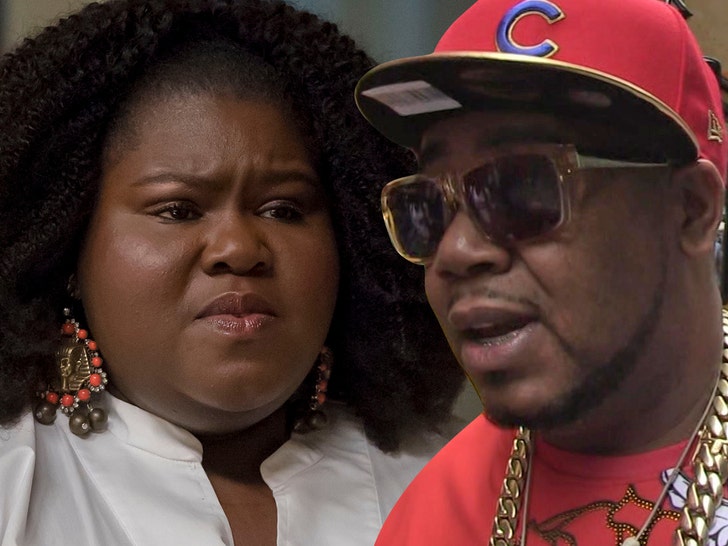 Gabourey Sidibe didn’t need a super offensive photo to check Twista for posting a disgusting, bullying meme — she just destroyed him with words, and even got him to apologize … but that may not be nearly enough.

The “Precious” star brilliantly clapped back at the fast-spitting MC after he posted a meme displaying a side-by-side photo of her and model Bernice Burgos. Gabourey’s captioned “Option A,” adding she’s super successful while Bernice is listed as “Option B” … a couch surfer with no car, 3 kids and 12K Instagram followers. 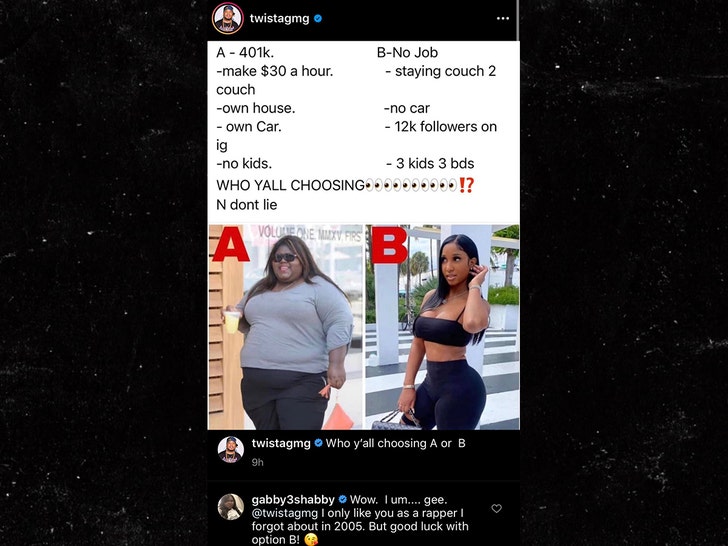 Twista then asked his 438K followers “Who y’all choosing A or B.”

Once Gabourey got word of the meme, she obliterated him, saying … “Wow. I um…. gee. @twistagmg I only like you as a rapper I forgot about in 2005. But good luck with option B!” She added a kissing emoji … for good measure.

Twista’s now apologized … telling The Shade Room it was an “honest mistake,” adding “I was traveling most of the day when I saw the mistake. I immediately had it taken down. I don’t know her directly but my sincere apologies to her.”

Looks like someone needs to make an appearance on “Red Table Talk.”