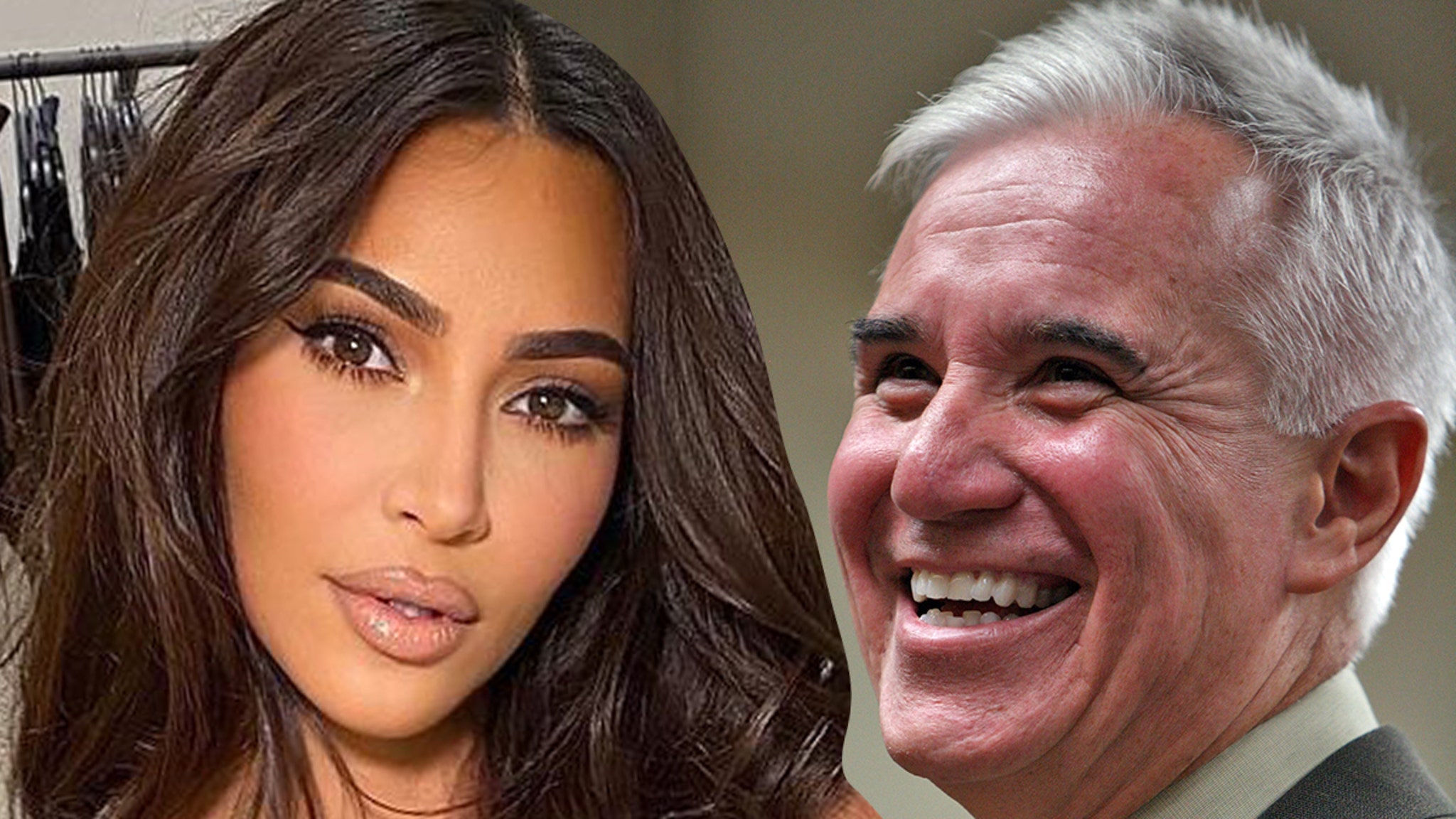 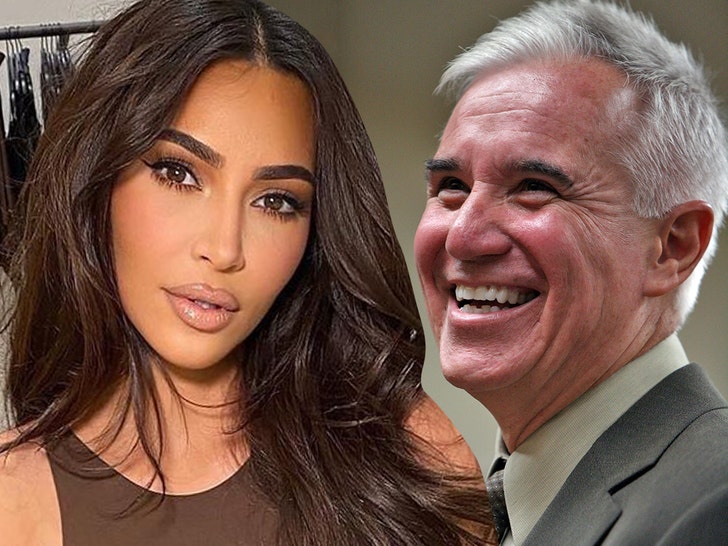 Kim Kardashian could have the new Los Angeles County D.A.’s ear when it comes to how to go about achieving prison reform, because the guy wants a face-to-face with her.

Max Szabo, a rep for George Gascon — who was just elected as the new D.A. — tells TMZ … the County’s top prosecutor is interested in meeting with Kim after she shouted him out on social media this week. 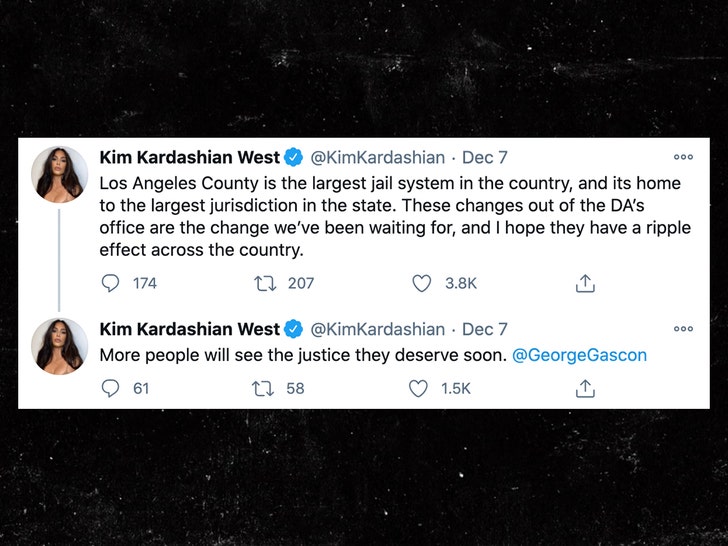 Kim wrote … “Los Angeles County is the largest jail system in the country, and its home to the largest jurisdiction in the state. These changes out of the DA’s office are the change we’ve been waiting for, and I hope they have a ripple effect across the country.”

She added, “More people will see the justice they deserve soon. @GeorgeGascon”

Welp, Kim’s message was not lost on Gascon … he reposted her comments on his Instagram story, writing, “Thank you @kimkardashian. We need all hands on deck.” 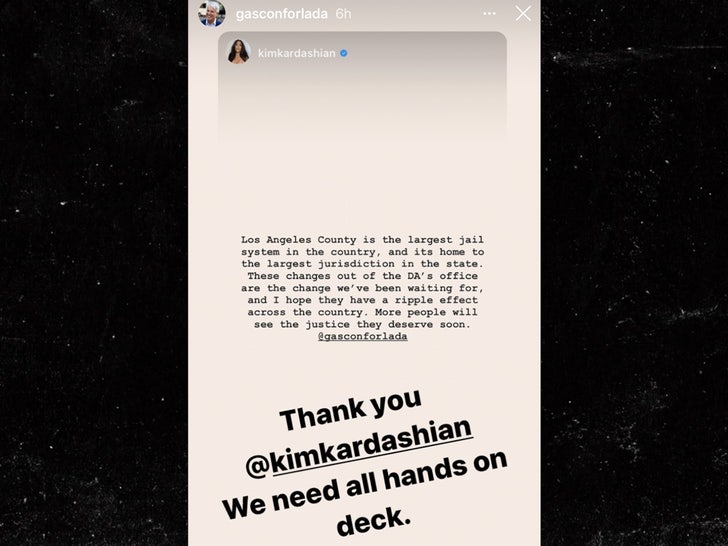 Turns out, Gascon wasn’t just blowing smoke … we’re told he’s now eager to chat with the Princess of Prison Reform and talk ideas … because they seem to share a lot of the same values, and he respects the work she’s done.

Gascon also wants to talk about the death penalty — which Gascon is firmly against … as is Kim, which we’ve seen through her advocacy in the past. Remember, she helped lobby for a stay of execution for Rodney Reed not too long ago — and was even with the guy on death row when word came down that his execution was stayed. 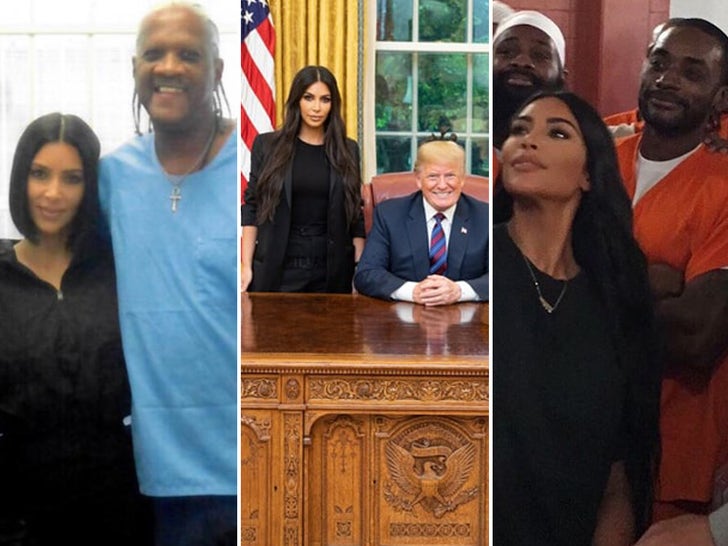 And, BTW, this meeting Gascon wants isn’t just for pleasantries … we’re told he wants it to be an in-depth convo about prison reform, and he’s happy to get the best ideas from anywhere he can get them.