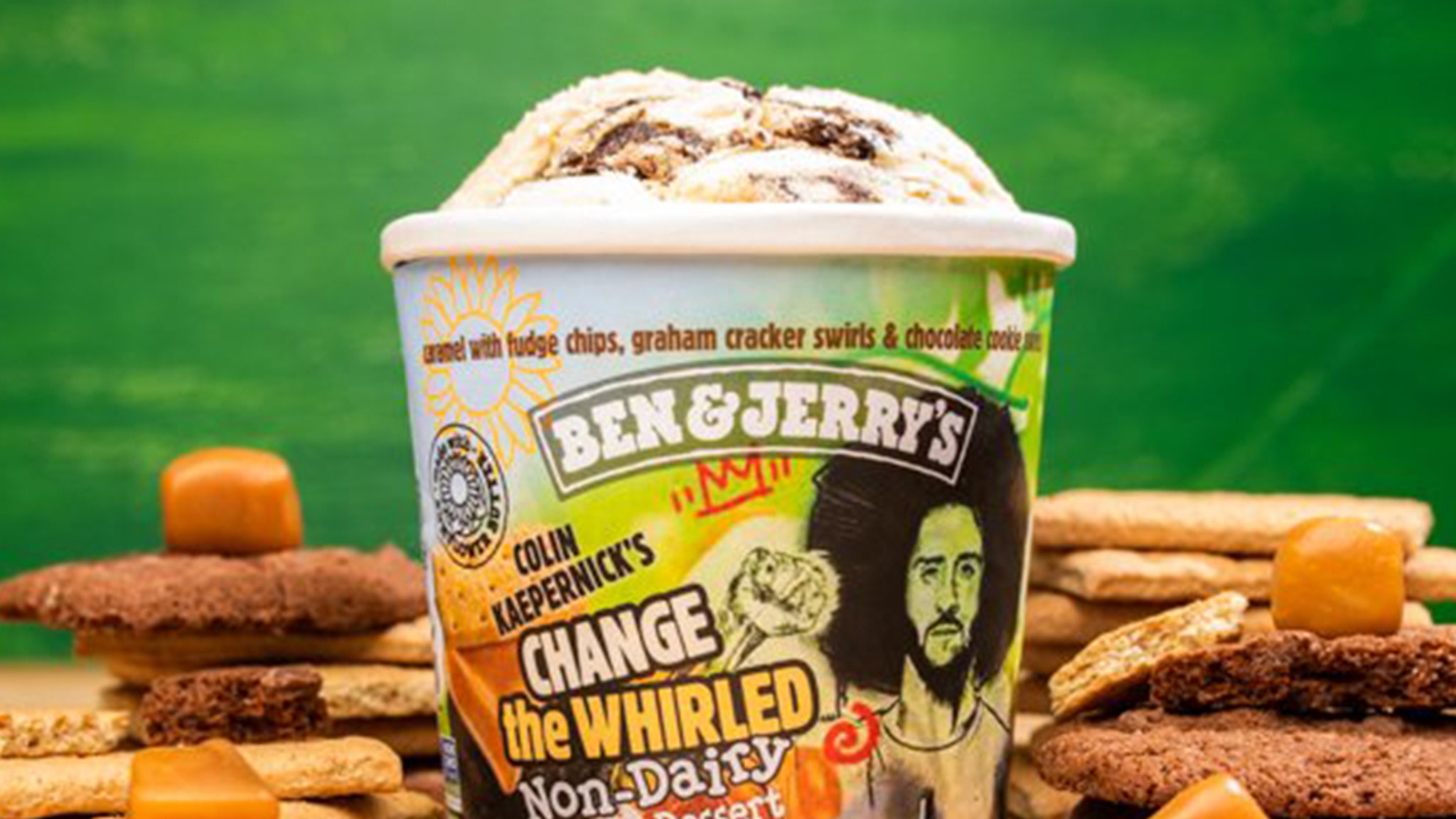 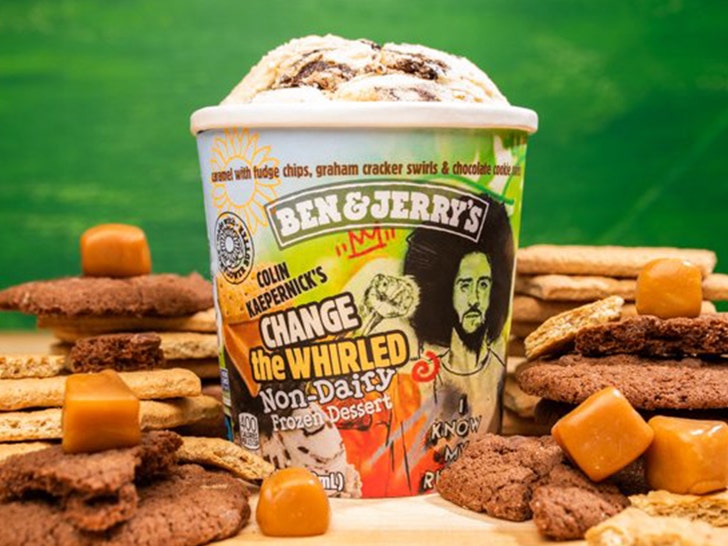 Ben & Jerry’s announced a new flavor to honor Colin Kaepernick called “Change the Whirled” … with a portion of the proceed’s going to the QB’s Know Your Rights Camp.

First, the flavor … a non-dairy caramel base with graham cracker and chocolate cookie swirls.

B&J says the treat is made with sunflower butter “and is 100% certified vegan, just like Kaepernick himself.”

The dessert will hit store shelves in 2021.

So, why the honor? The ice cream legends explained it this way …

“We are so inspired by Colin Kaepernick’s bold activism for racial justice that we did what we do best: We whipped up a euphoric flavor to honor his work.”

They added, “We’re proud to be working with a dedicated activist like Colin Kaepernick, whose work helped spark the international conversation around racial justice.”

Ben & Jerry’s has a long history of producing flavors with political messaging.

They famously released “Pecan Resist” — which they say “had a powerful message about resisting the Trump administration’s regressive and discriminatory policies.”

“And fudge, it was about fudge, too.”