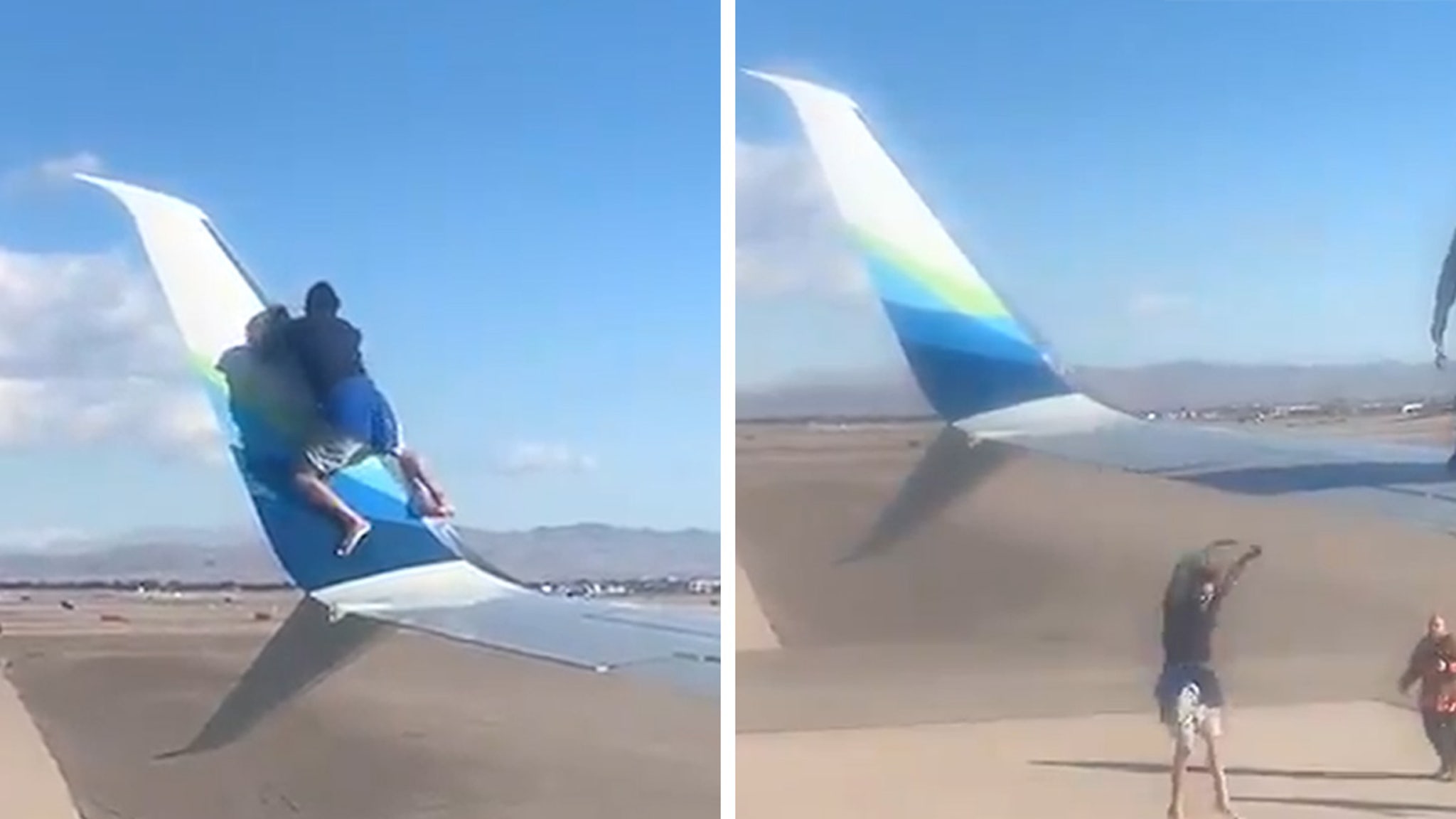 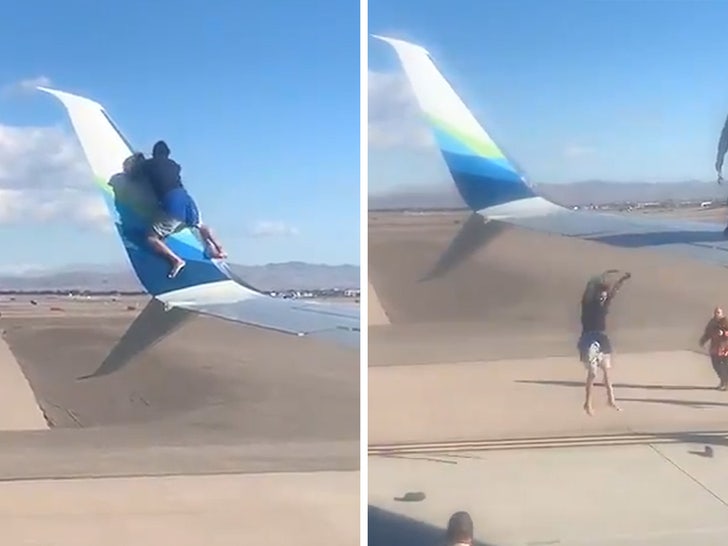 What happens in Vegas didn’t stay in Vegas for this one — a guy climbed onto an airplane wing, and bopped his head after a hard fall … only to be met with handcuffs down below.

This went down Saturday at McCarran Airport, where an Alaska Airlines flight that was set to take off for Portland got an unwelcome visitor that prevented it from taking off. It was this dude, who’s said to have come out of nowhere — but somehow made his way onto the wing.

@AlaskaAir crew has been exceptional as The Original Wingman graces us with his presence. #StayHot2020 pic.twitter.com/79PHcHhJ0q

People were amused at first, snapping photos of the guy as he sat out there awkwardly. Eventually cops were called and tried intercepting the guy — but it was tricky, as officers had to scale the plane themselves and get out there on the wing with him.

My grandpa is on a flight out of Las Vegas and just sent me this picture of a man that climbed ON TO THE WING OF THE AIRPLANE 😳 pic.twitter.com/las9EcXDC6

The man did not want to go quietly, as you can see … he avoided the cops and went out even further on the wing tip. Then, he removed his socks and shoes — tossing them on the runway — and proceeded to try and clip what little wing there was left to grab.

Long story short … it didn’t end well for this fella. He lost his grip and then tumbled down to the ground, where he hit his head first and then fell limp like a rag doll. Cops didn’t hestitate though — they pounced on him and threw on the cuffs. Reports say he was arrested.

#NEW: Man on the wing of a plane at @LASairport arrested by @LVMPD this afternoon. | https://t.co/V74OjGcn2M pic.twitter.com/x5oiN3A6Nz

The Las Vegas Metro Police Department also says they believe the guy hopped over a perimeter fence at McCarran and ran rampant onto the grounds. They said he might have mental issues too.

No word on his condition — but all we can say is … ouch.