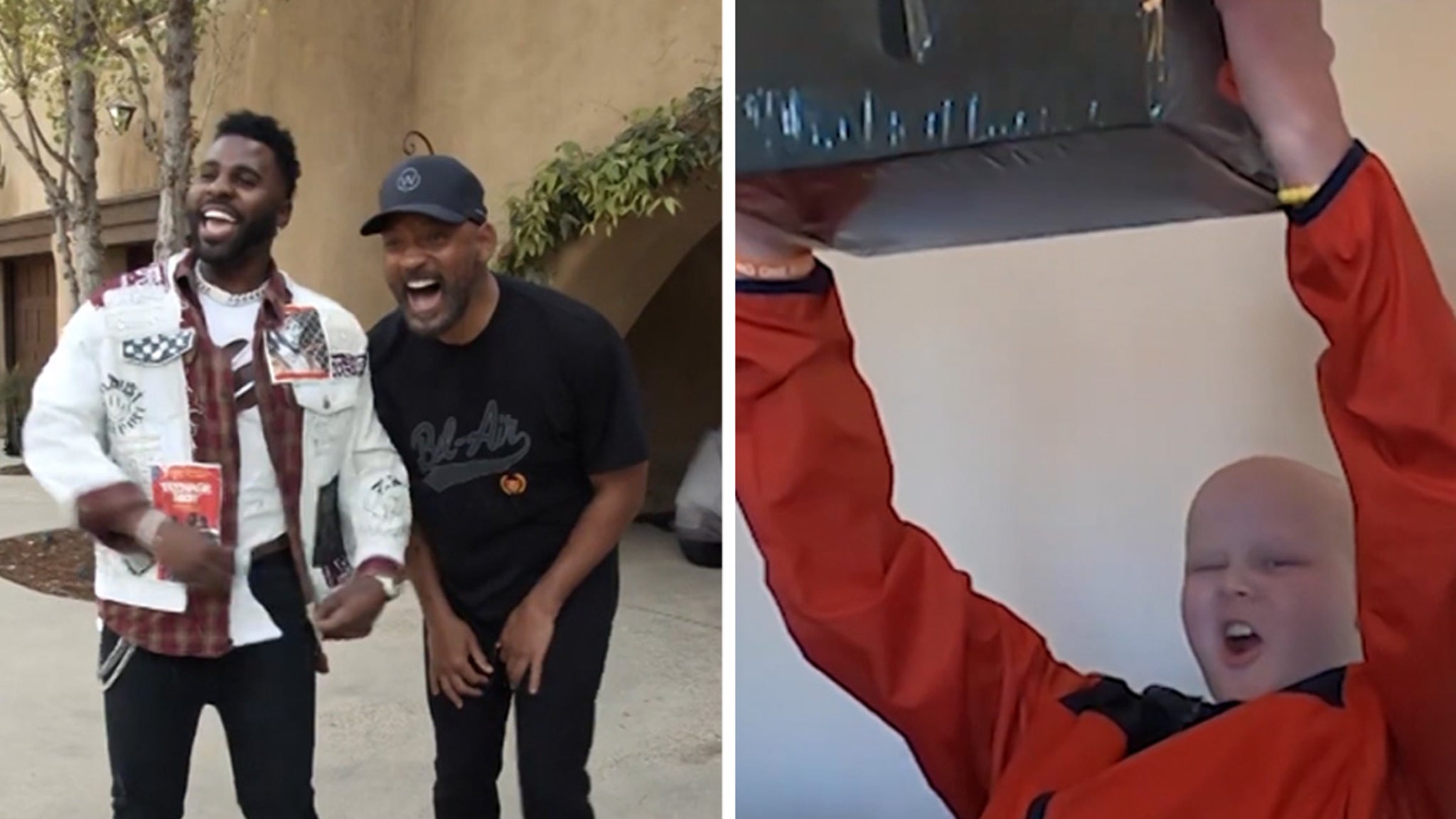 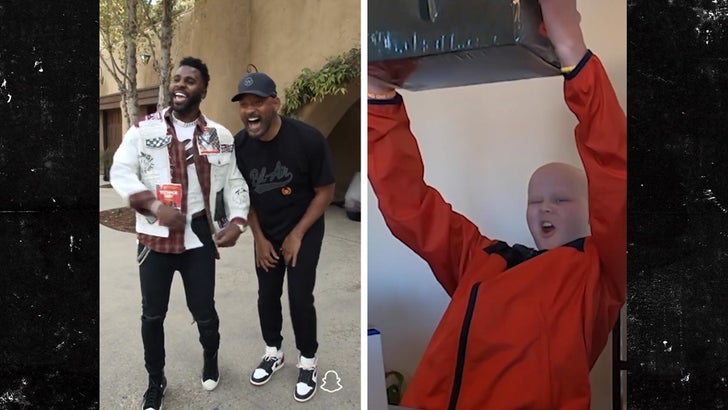 Will Smith‘s not playing games when it comes to bringing smiles this holiday season … and he’s pulling out all the stops with help from his celeb pals.

Will Smith’s season 2 of his Snapchat series “Will From Home” premiered Monday … and this holiday season he’s inviting viewers to watch him surprise the hell out of people across the country to celebrate their selflessness and bravery.

For the season 2 premiere, Will brought along Jason Derulo to shock 14-year-old Aiden, who was diagnosed with cancer in April. Aiden’s father, Chuck, has been doing his best to comfort him during weekly chemo treatments — but due to COVID-19, he usually can only stand outside Aiden’s room … dancing to make him laugh.

Well, Dad got a big helping hand from Jason and Will.

Derulo kicked things off by teaching Chuck and Aiden some new dance moves. The big surprise, though, came when Will had Chuck and Aiden open a box delivered to them. And, viola!!! It’s a PS5, which at the time weren’t available to the public yet.

The look on Aiden’s face was priceless, and in addition to the dance moves and PS5 surprise … a $10k donation was also made to the Cook Children’s Medical Center.

The 10-episode series will have other special guests, including Alicia Keys, DJ Khaled, Lil Nas X, and Ludacris. It’s a good bet there won’t be a dry eye after each episode celebrates real-life heroes.