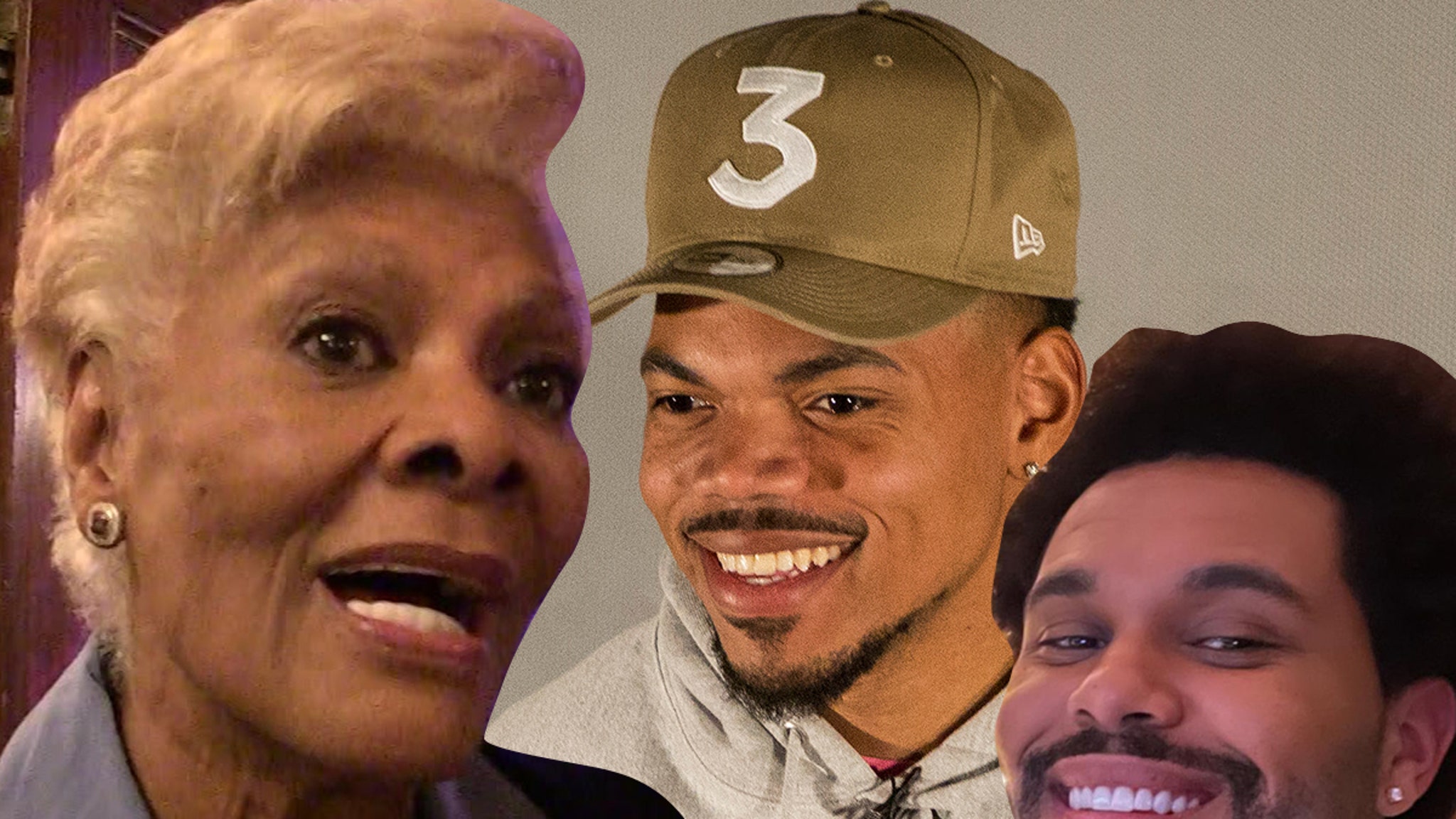 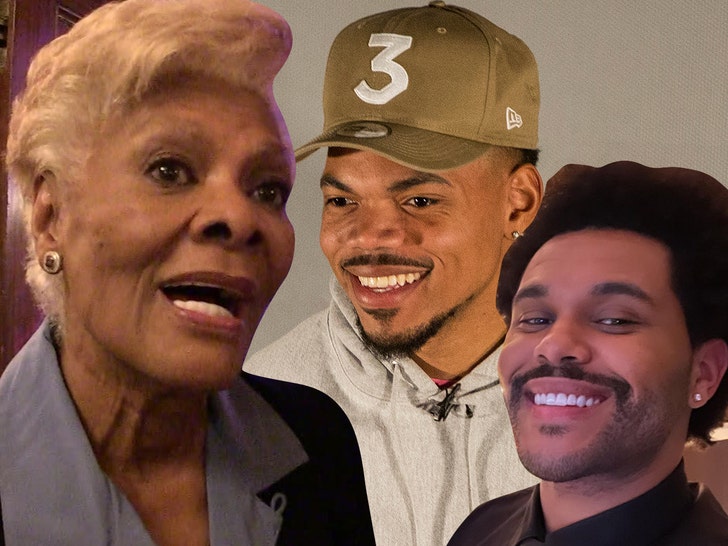 Dionne Warwick‘s musings on Chance The Rapper and The Weeknd are turning into tangible benefits — they’re getting together to help feed the hungry.

Here’s the deal … Dionne and Chance are working together on an initiative to feed homeless people, after starting a friendship on Twitter. Chance announced Tuesday on ABC in Chicago they’ll be raising money with a new song — and TMZ’s learned The Weeknd will be joining them for the collab.

Dionne’s son, Dionne Damon Elliott, tells TMZ … he’s writing and producing the track, which is called “Nothing’s Impossible.” DDE says The Weeknd decided to get in on the action after a phone call with Dionne, where he expressed how food insecurity is personal for him. The Weeknd was once homeless himself. 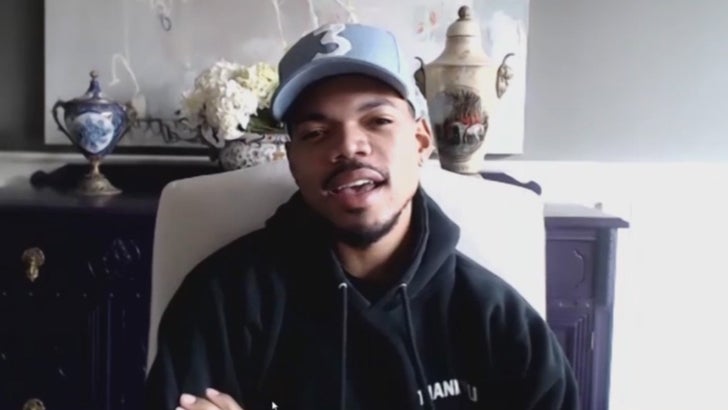 We’re told money from song streams will benefit Hunger Not Impossible … an org connecting folks in need with prepaid, nutritious to-go meals from local restaurants all over the country.

DDE says the track will drop early next year … they haven’t nailed down a release date because production is in the early stages. We’re told Dionne’s sent some of her vocals over to Chance and The Weeknd. 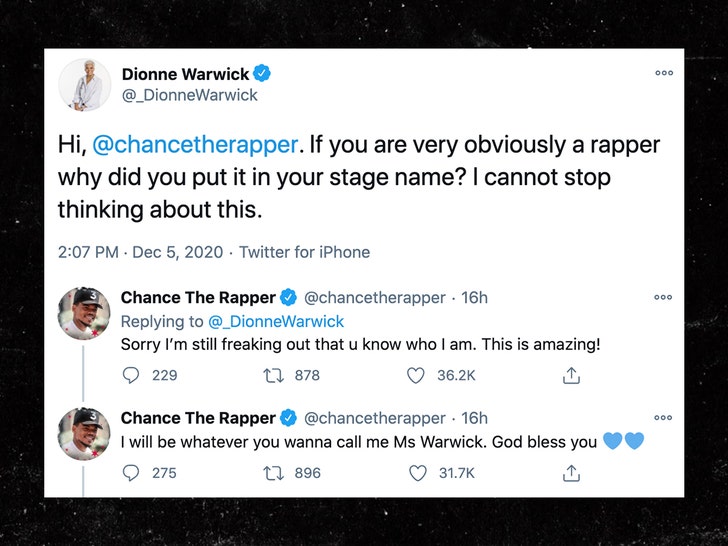